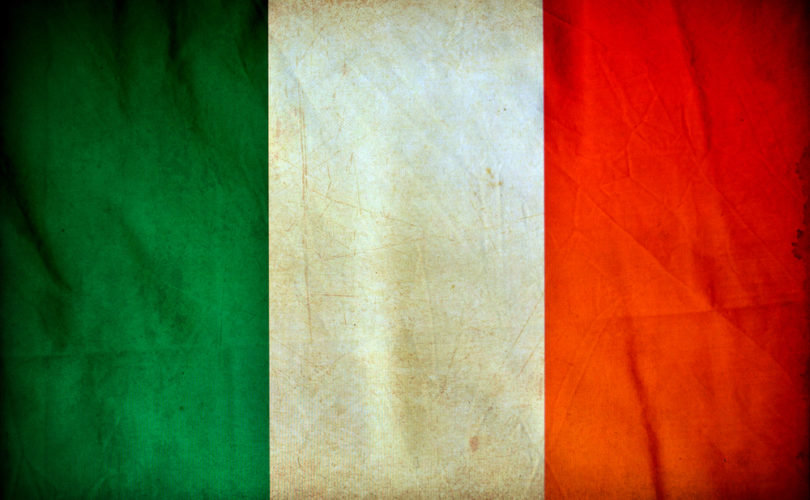 April 17, 2018 (Society for the Protection of Unborn Children) – With the referendum on repealing the Eighth Amendment, which protects the equal right to life of mother and unborn child, less than six weeks away, three Irish bishops this weekend published pastoral letters on the right to life.

Bishops Denis Nulty of Kildare and Leighlin, John Buckley of Cork and Ross and Alan McGuckian of Raphoe all issued letters calling on parishioners to vote no on May 25.

Nothing more important than the right to life

Bishop Nulty, whose letter was circulated at Mass in the 56 parishes of his diocese, began by praying for healing for all those who have been affected by abortion. “I believe that there is real grieving in the wake of an abortion and that compassion and care should be our first response.

“My concern here is not to dwell on the past but to safeguard the future,” the letter continues. “Nothing is as important for the future of our shared humanity as the right to life. Therefore, I wish to speak boldly and clearly.”

The bishop then strongly defends the truth that life begins at conception, and his belief that “none of us, women or men, have an absolute right over the life of another.” He also warns “once we deny the right to life of the unborn, we can no longer defend ourselves from what flows from an abortion culture. For instance, we are in deep denial if we cannot recognise that an abortion culture fundamentally alters our attitude towards disability…In recent years, I have the sense that we are walking with our eyes closed into an era of eugenics, unwilling to look where we are going but still continuing on. I know I am not alone in thinking this.”

In his pastoral letter to the faithful of the 33 parishes in Raphoe Diocese, Bishop McGuckian said he realised that the subject of abortion was “a very sensitive, delicate and painful topic for many”, but that he wished to make some points on the issue “clearly and unambiguously”.

He tackled the arguments for abortion in particularly difficult situations, saying: “An expectant mother needs and deserves the care and support of everyone around her particularly if her pregnancy poses a serious crisis for her and her family. A mother may be informed that her baby faces serious challenges or is perhaps terminally ill. She might be pregnant as a result of rape. In such cases recommending abortion might seem like a gesture of compassion. Even in those tragic cases the unborn child needs to be loved and cherished. A compassionate society will do all in its power to support and love the mother and baby, and encourage responsible support from fathers.”

In his letter to the 68 parishes of Cork and Ross diocese, Bishop Buckley also stressed that mother and child must always be cared for, particularly in very challenging situations. He also warned of the threat of euthanasia, saying: “We can be sure that if a society decides that human life is disposable at its beginning, it will not be too long before it decides the same for human life at its end.”

He ended: “We will never again have a more important vote. There is no cause more noble than to stand up for those who cannot stand up for themselves. Never before in history have we had so much scientific proof that the unborn baby is, in fact, a living, breathing human being.”

Government ministers have hit back at the words from the bishops, with Regina Doherty, the social protection minister, saying that there was “no such thing as an abortion culture.”

Meanwhile, Bishop Philip Egan of Portsmouth, has responded to the imposition of a buffer zone around an abortion clinic by Ealing Council, and the threat of similar moves elsewhere, saying: “It now looks as if unjustly, our secularist government will no longer allow us even to pray outside hospitals and clinics.

He said he was discussing new forms of witness. “As a start, from this year on, I would like us to keep every 23rd October, the day the Act was passed, as a diocesan Day of Prayer and Reparation for Life. On that day, as we celebrate being people of life with various initiatives, I ask our priests to offer a Mass for the Progress of Peoples, but wearing the purple vestments of penitence.”