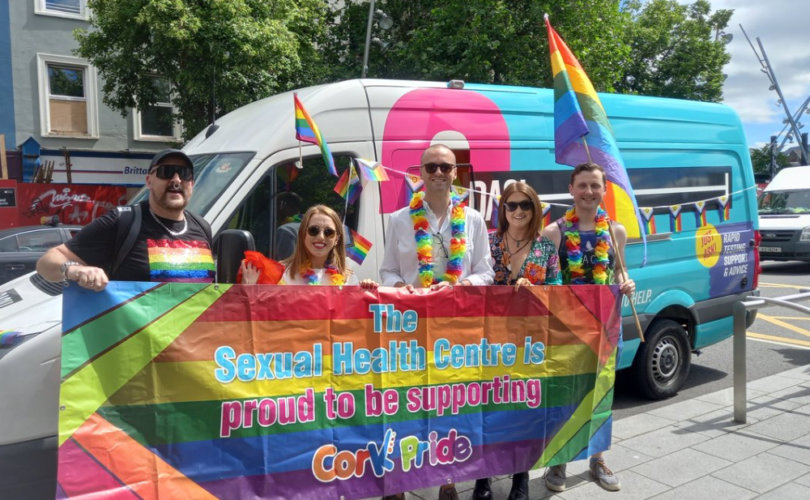 (LifeSiteNews) – A Catholic diocesan youth service in Ireland is directing the children under its care towards contraceptive products provided by a pro-abortion and pro-LGBT “sexual health” organization.

The Kerry Diocesan Youth Service (KDYS) is a youth outreach organization “founded by the Diocese of Kerry” in 1971 and is “the leading Youth Work Organisation in the South West of Ireland covering the Diocese of Kerry,” according to the Kerry diocesan website.

On July 26, the KDYS published a promotion on its social media accounts pointing the Catholic youth of the diocese to an initiative run by Cork’s Sexual Health Centre (SHC) called the “DASH” van. The van is a traveling outreach project which provides “free products” including “rapid HIV testing,” “condoms and lube,” and “information/support in relation to drug, alcohol and sexual health issues.”

According to the SHC website, the group advocates for abortion alongside offering free artificial contraceptives and “sex counselling.” The “sexual health” counselling which the group provides includes “practical information and support on all of your options” in crisis pregnancy situations, including advising pregnancy “termination” – or abortion – as one of those options.

The SHC also strongly endorses LGBT politics, celebrating and promoting local pro-homosexual “Pride” events in the southwest of Ireland where they offer free HIV testing with the slogan “get pricked for pride.”

Finger Prick Test- with results in 1 minute. ⏱
Drop in on the night- or book a slot on our website: https://t.co/LFbVOGEVr2

Furthermore, the group assists prostitution by providing “support, testing and information services to women, men and trans people working within the sex industry.”

The work of the SHC stands in clear contrast with Catholic teaching on sexual ethics and the dignity of the human person.

Church tradition holds, and Sacred Scripture teaches, that contraception is contrary to the purpose of human sexual relations. Writing in 1930, Pope Pius XI condemned the use of birth control measures is his encylical Casti Connubi, stating that “any use whatsoever of matrimony exercised in such a way that the act is deliberately frustrated in its natural power to generate life is an offense against the law of God and of nature, and those who indulge in such are branded with the guilt of a grave sin.”

The Church also expressly forbids the taking of a human life by abortion, instructing in the Catechism of the Catholic Church that abortion is always “gravely contrary to the moral law,” attaching the canonical penalty of excommunication to any “formal cooperation” in abortion.

Not only did the Catholic Diocese of Kerry found the KDYS service which now promotes the pro-abortion, pro-LGBT, and pro-contraception group to children within the diocese, but Father Gearoid Godley, a diocesan priest who serves as the diocesan pastoral director, is currently listed as the KDYS chairman.

Although founded by the Catholic diocese, the KDYS mission statement and “vision” make no mention of Christ, God, or the Catholic Faith. Instead, under the title “Our Values” on the youth group’s “about us” page, they prioritize being “Inclusive, Respectful, Non-judgemental, Young-person centred, Empowering, Professional.”

LifeSiteNews reached out to the office of the Diocese of Kerry’s Bishop Ray Browne to ask if the bishop was aware of the involvement of the diocesan youth service with the SHC and its promotion of contraception to the youth of the diocese, but received no response.