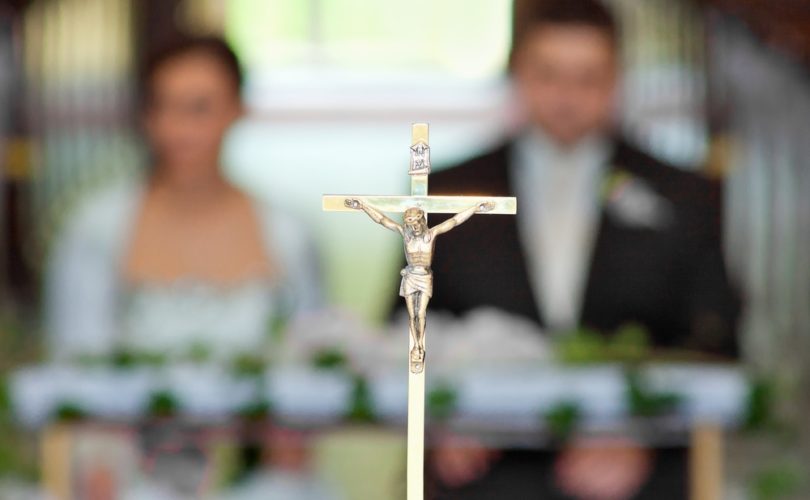 DUBLIN, Ireland, February 26, 2018 (LifeSiteNews) – A conference to promote the Catholic Church’s constant and unchanging teaching on marriage and family life is planned for Dublin, Ireland, August 22-23 of this year, coinciding with two of the six days of the World Meeting of Families (WMOF).

“A Conference of Catholic Families” will be hosted by the Lumen Fidei Institute, and will use Pope Pius XI’s encyclical Casti connubii, “of chaste wedlock,” as its starting point.

The parallel scheduling of the Catholic Families conference and the WMOF, both taking place in Dublin, is not by chance.

The WMOF is using material that is based upon Pope Francis’ apostolic exhortation Amoris Laetitia. The controversial document has been a source of widespread concern and division in the Church since its April 2016 promulgation due to its apparent inconsistency with the Church’s moral teaching.

The concern that the WMOF draws upon AL was augmented considerably when it was discovered last fall that the program material for the “catechesis and faith education” period in the run-up to the event set for this coming August explicitly portrayed homosexual couples as an appropriate form of the Christian family.

The material featured an image clearly conveying a lesbian couple in an embrace in the section of the program titled, “The Christian Vision for the Family.”

The material had also stated – just above the photo of the lesbian couple, “While the Church upholds the ideal of marriage as a permanent commitment between a man and a woman, other unions exist which provide mutual support to the couple. Pope Francis encourages us never to exclude but to accompany these couples also, with love, care and support.”

The bishops have since reissued the booklet without the pro-homosexual material after LifeSiteNews reported on the matter.

But there have been additional homosexual-affirming elements in the WMOF promotional material as well.

A video recently put out by the Irish bishops to prepare families for the event contains an interview with an LGBT activist who said she’s “upset” with Catholic teaching on homosexuality, LifeSiteNews reported last week.

Dublin Archbishop Diarmuid Martin, who is overseeing the WMOF, reiterated after the booklet was reissued without the homosexual material that the event would nevertheless be “an inclusive event, open to all families and family members.”

The WMOF is convened by the Vatican’s Dicastery for Laity, Family and Life, headed by Cardinal Kevin Farrell. The event is being preceded by a months-long “period of catechesis/faith education, which has been prepared by the Church in Ireland for use by local parishes and across the world,” according to its website. Pope Francis is expected to attend the event.

The critical need to reinforce Church morality for Catholics and others is what led Lumen Fidei to organize it own conference.

The non-profit Catholic lay association is engaged in cultural and educational issues, working to support, among other Church principles, its teaching on marriage and contraception.

Lumen Fidei has produced a video to convey the magnitude of the offensive targeting marriage and family today.

Conference attendees can expect presentations geared to empower them to stand for marriage and family.

The 1930 encyclical Casti Connubii that will be used at the event was Pope Pius XI response to the Anglican church approving contraception — the first time a Christian denomination had done so — at the Lambeth Conference.

In it Pope Pius XI defended marriage and family life, emphasizing the sanctity of marriage, prohibiting artificial birth control, and reaffirming the Church’s stance on abortion. He also took a firm stand on eugenics.

“A Conference of Catholic Families” will take place at the Ballsbridge Hotel, Dublin, Ireland from Wednesday and Thursday, August 22-23.

Tickets are 35 euros for both days, and 20 euros for each individual day. They can be purchased at the Lumen Fidei website HERE.