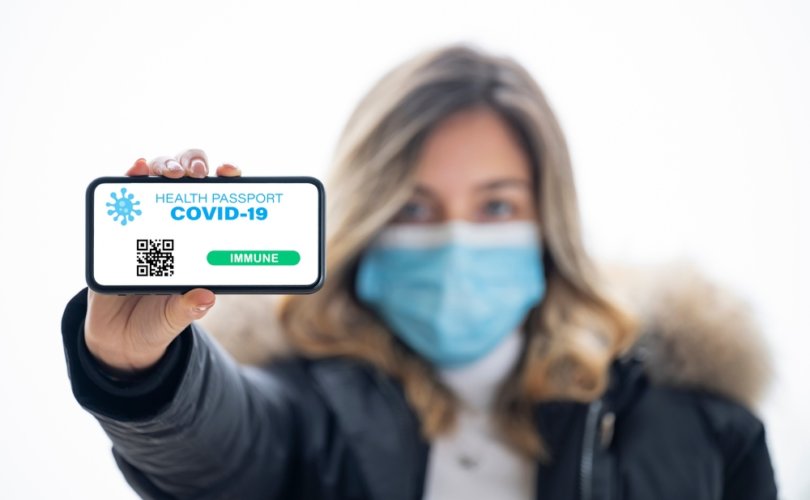 DUBLIN, Ireland, February 23, 2021 (LifeSiteNews) – Ireland’s former Prime Minister and current Tánaiste, has confirmed that Ireland will be employing COVID vaccine passports, in order to regulate travel, both nationally and internationally.

Leo Varadkar, who served as Taoiseach, or Prime Minister, from June 2017 to 2020, now holds the position of Tánaiste, the deputy to the Taoiseach. Varadkar addressed the Irish Parliament, the Dáil, on February 18, revealing that the country was preparing to use COVID vaccination passports as a way to regulate freedom of travel. (5:35:38 relevant time stamp.)

“In relation to immunisation documents and passports, I do think when the time comes, and I don’t know when it’s going to come, the key to restoring a lot of travel and international travel will be around people proving that they’ve had a vaccine, or that they’ve tested negative,” Varadkar said.

However, he then revealed that the Irish government already has a document prepared for use. “I know that we that we have an immunisation document ready that people will get with a QR code on it to show that they have been immunised.”

Varadkar pointed to Israel as an example, since the country has recently introduced an app which would grant a “green pass” to those who had received their vaccinations, allowing them entry to entertainment and leisure facilities. As the country emerges from another lockdown, the app is now being used as a way to prevent entry to those people who have not received, or refused, the vaccine.

“And I know in other countries, like Israel for example, they’re using that to say that if you have it you don’t have to self-isolate and the same applies to travel, opening now between Cyprus and Greece, but we’re just not at that point yet in Europe, we’re just not. The science doesn’t yet say that being vaccinated is enough to say that you don’t get the virus and pass it on, but I do hope that we will get there.”

The news was hailed by some of the Irish media as a “major holiday boost,” as travel could then be permitted between so-called “green zones.” Varadkar has since announced on his Twitter page that “Summer should be better.”

It’s possible that the government’s plans for such documentation might be drawn from the recently developed Health Passport Europe, which was launched last August by Irish-based ROQU Group. ROQU’s passport states that it “combines secure mobile technologies with COVID-19 testing and vaccinations.” The app mentions that it would partner with technology, allowing users to receive tests results within 15 minutes, thus enabling them to enter whatever facilities they had previously been barred from.

Whilst it claims not to use any GPS tracking, the website reveals that the data on the app is linked to official records, as “an authorised medical administrator updates your Health Passport.”

The system also suggests that it will “soon be used in many countries Worldwide,” identifying Canada, the USA, the UK, Germany, Italy, France and Kenya as possible locations for an initial international rollout.

The technology was trialled last October, when an entire village in Co. Roscommon took part in rapid testing for COVID-19, using the app to record the test results. Commenting on the event, ROQU’s president and CEO Robert Quirke, stated: “Positive case detection allowed for immediate measures to be taken to prevent further transmission, preserving life, and helping businesses and communities to continue functioning normally, with hope on the horizon. The Health Passport mobile technology performed flawlessly, with test results being updated in real-time directly to participants mobile devices.”

A resolution passed last month by the Parliamentary Assembly of the Council of Europe (PACE) called on European governments to “ensure that no one is discriminated against for not having been vaccinated, due to possible health risks or not wanting to be vaccinated.”

PACE also decreed that any vaccination passports should not be used as what would effectively be a freedom pass, limiting access to events or facilities to those with such documentation. Instead, the vaccine passport should be for the recording of vaccine efficacy and side-effects, PACE stated.

Whilst COVID vaccinations are not mandatory in Ireland, the chief executive of the country’s health service, Health Service Executive, (HSE) has indicated that health-care workers who refuse the vaccine, could be removed from their position. Speaking to the Irish Times, Paul Reid termed it “inexcusable” that a health-care worker should refuse the injection if they had contact with patients.

Citing the Health and Safety Act, Reid stated that the act allowed for workers “to be removed if they were regarded as a threat to other people.” If a risk assessment found that a member of staff posed a risk to patients, he would be moved to “do something different.”

Two Irish doctors have recently made public their opposition to the vaccine. Dr. Gerard Waters, a GP at the Whitethorn Clinic in Co. Kildare, told Irish news service RTE that he was a “conscientious objector,” and described the COVID-19 vaccines as “experimental.”

Waters stated that he would not refer anyone for the vaccine, and later added “It’s a messenger RNA vaccine and I don’t think that the illness overall warrants using an experimental vaccine. You can’t test a drug over a period of less than a year. This has been rushed into production.”

Waters is supported by another GP, Dr. Pat Morrisey from Co. Limerick, who has also refused to administer the experimental vaccine, calling them “untested, unlicensed, experimental,” and noting that he would wait until there was firm proof of freedom from long-term health effects, before handing it out.