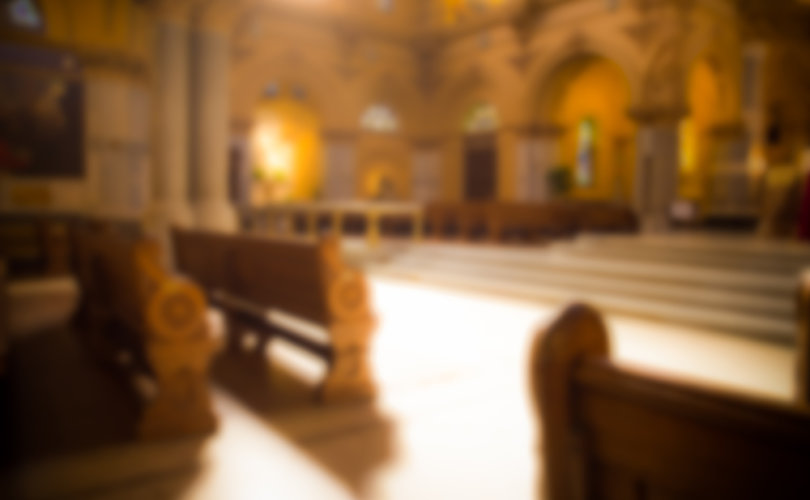 LIMERICK, Ireland, April 25, 2017 (LifeSiteNews) – Every parish in the Catholic Diocese of Limerick will have a “lay-led liturgy” instead of Mass today, meaning the only daily Masses will be in the Extraordinary Form at a community run by the Institute of Christ the King Sovereign Priest.

Limerick Bishop Brendan Leahy sent a letter to all parishes to be read during Masses on April 22 and 23 instructing every parish in his diocese to “host a lay-led liturgy of the Word” instead of Mass on Tuesday. Diocescan priests “will be away on important in-service formation,” Leahy wrote.

Canon Wulfran Lebocq, Prior of the Institute of Christ the King's Ireland Apostolate, confirmed to LifeSiteNews that there will be two Extraordinary Form Masses on April 25, “but we are not a parish, only a community [residence] on a parish territory.”

“In promoting this initiative of lay-led public prayer, I am conscious that our Diocesan Synod strongly encouraged formation in lay-led liturgies,” the bishop wrote. “As we move forward, we need to prepare for a time when, even though priests are not available, each local community will be prepared to arrange for moments of public prayer for various occasions. No parish should find itself deprived or ill prepared for public layled prayers.”

“I have specifically asked that the lay-led liturgy not include distribution of communion,” continued Leahy. “I’m not saying we might never have such, especially on Sundays, in the future, but on this occasion I feel it is appropriate for a number of reasons.”

These reasons include the norm around the world that when the Liturgy of the Word is prayed by lay people alone, Holy Communion usually isn't distributed. Leahy wrote that he didn't want to damage the “Catholic appreciation of the Mass…as a celebration and an action of the community gathered around the priest who sacramentally represents Christ.”

Leahy also noted that there are various prayers of the Church, like the Divine Office and the Rosary, that don't include Holy Communion.

“Change is never easy,” wrote Leahy. “However, I’m sure this experience will actually deepen our awareness of the gifts the Church has to offer.” The “new challenges facing us” require “us to be creative in finding new ways to be a Christian community and we must avoid the temptation to pretend that things can continue as they have been.”

Tuesday's lack of Mass is “directly related to the fall-off in priestly vocations,” the Irish Times reported, and there are no priests under 40 in the Diocese of Limerick. Only 10 are under 50.

The parishioners leading the liturgies have “attended formation and are using agreed diocesan resources,” the bishop wrote. The diocescan website features a document of “final resources for April 25” that contains the readings for the day and a fill-in-the-blank section for the faithful's prayer petitions.

“At our synod the people of this diocese asked that every parish would support and develop local leadership, to lead public prayers and liturgies, so that every parish can say with confidence, 'When we needed to gather together and pray, we were able to,'” a page on the Diocese of Limerick's website explains. “Every parish will now have a clear group who offer a Ministry of Public Prayer, including liturgy when a priest cannot celebrate weekday Mass in the parish – but each parish group will be different, according to the resources and needs of the parish itself.”

“Parishes have been asked to offer a Liturgy of the Word, in which we are nourished at the Table of the Word,” it continues. This “one day event” is “part of our on-going commitment to support good liturgy in strong local faith communities.”

At the beginning of the liturgy, whoever is leading it “moves to a suitable place in the Sanctuary so that s/he is able to lead the liturgy effectively,” according to prayer cards delivered to parishes.

Allowing women in the sanctuary has become common practice in the last forty or fifty years, though it is a recent development. My Catholic Faith, a 1941 version of the Baltimore catechism, reminds the faithful that women and girls “are not permitted to enter the sanctuary.” Critics of the practice say it damages an understanding of the nature of the priesthood.