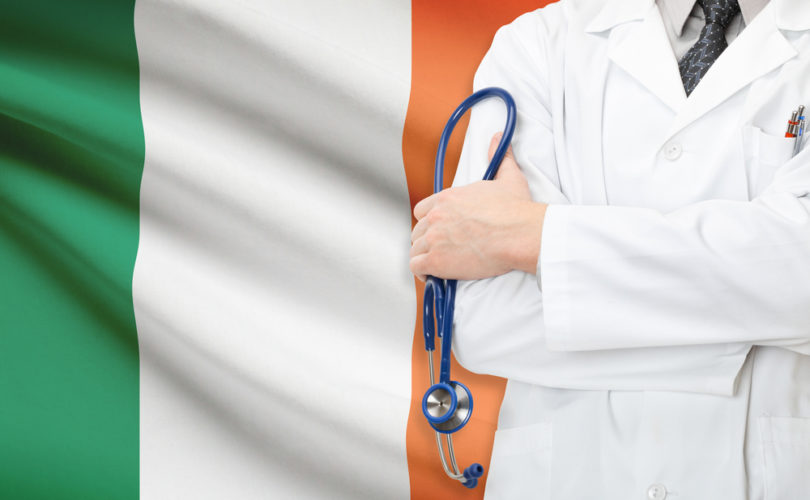 September 10, 2018 (Society for the Protection of Unborn Children) – As Ireland moves towards introducing legislation to legalise abortion, the Health Minister seems determined to ensure that no doctor is allowed to deviate from the view that ending the lives of unborn babies is “healthcare”.

Health Minister Simon Harris confirmed over the weekend that following the failure of several legal attempts to challenge the result of the referendum repealing the Eighth Amendment, legislation will be brought to the Dail in October, with the aim of having abortion services running by January. Not content with even this delay, he has suggested that doctors might be allowed to refer women to the UK for abortion in the meantime.

Mr Harris also took the opportunity to double down on conscientious objection. He was criticising remarks made by pro-life former Taoiseach John Bruton, who said that the proposed requirement for doctors opposed to abortion to refer to another doctor who would carry it out amounted to “aiding and abetting the abortion, and there is no conscience clause here either.”

Regrettable to suggest doctors should have full freedom of conscience

Mr Harris said it was “regrettable” that the former taoiseach implied it should be acceptable to “dilute” the responsibility of health care professionals to ensure women receive the “care” they need. He said that comments such as those were an attempt to “rerun the referendum campaign” and that he did not accept that doctors would “show a woman the door” when she went to them for abortion information and advice.

However, Mr Bruton's suggestion that it would be “more sensible to publish an affirmative list of those who have no conscientious objection to doing abortions” has wide support among doctors. The National Association of GPs (NAGP) favours an opt-in system, and voted to “advocate for conscientious objection, without obligation to refer”. It has been suggested that the Government will be forced to compromise and recognise the potential for healthcare professionals to reject to referral in order to bring in workable legislation.

In his remarks to the annual Pro-Life Campaign dinner, Mr Bruton also slammed the minister's jubilant attitude towards the referendum result. “[Mr Harris] spoke of the referendum result inaugurating what he called 'a brighter Ireland'. It will not be a bright Ireland for the little babies who will have their lives ended before being allowed to see the light of a single Irish day.”

With such a view of abortion, it is perhaps unsurprising that the Irish Government is not content with legislating for it, but must ensure there is no dissent within the medical profession.