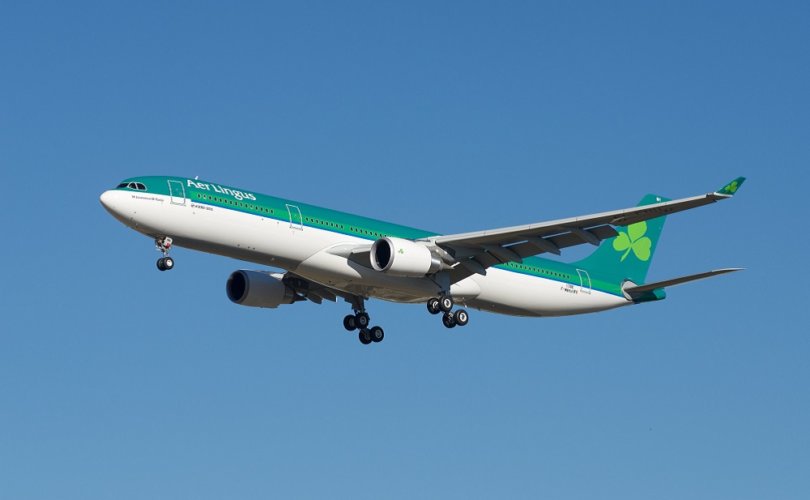 DUBLIN, June 24, 2019 (LifeSiteNews) — Female pilots in Ireland are being told by their employers to “terminate” their pregnancies or their employment.

According to Capt. Evan Cullen, who leads the Irish Air Line Pilots’ Association, approximately half of all pilots serving airlines registered in Ireland are self-employed contractors, thus making them reluctant to complain about work conditions. Some of the female pilots, Cullen said, have been told they should not become pregnant.

In a hearing before the Committee on Employment Affairs and Social Protection in Ireland’s Dáil — the lower house in Ireland’s Oireachtas national legislature — Cullen said self-employed pilots are afraid to speak out about pensions and wages, sick pay, collective bargaining, maternity leave, and other issues. These pilots do not have the same rights as regularly employed pilots.

Cullen told the committee that “all Irish airlines” hire contract pilots. In some airlines, he said, 100% of the pilots are self-employed contractors. Dáil member Joan Collins of the Independents4Change party said this is “happening to women” because multinational companies use Ireland as a tax haven. She said she fears that Ireland may be returning to the days 100 years ago before the Easter Rebellion that brought about Ireland’s separation from the United Kingdom. That was a time, she said, when people were going “down the docks and looking for work and really afraid they are not going to get that work.”

Dáil member Paul Murphy of the leftist Solidarity Party deplored the airlines’ policy, saying, “The idea that any woman would have been effectively forced to choose between her employment and her pregnancy, and would have been faced with a situation of being forced to have a termination in order to maintain her employment is obviously horrifying.” According to the Journal, when Murphy asked Cullen to cite cases of female pilots being asked to choose between their jobs and pregnancy, Cullen said, “Female pilots have told me that they’ve terminated pregnancies because they’d no entitlement to maternity leave and therefore no guarantee of a job after they come back.”