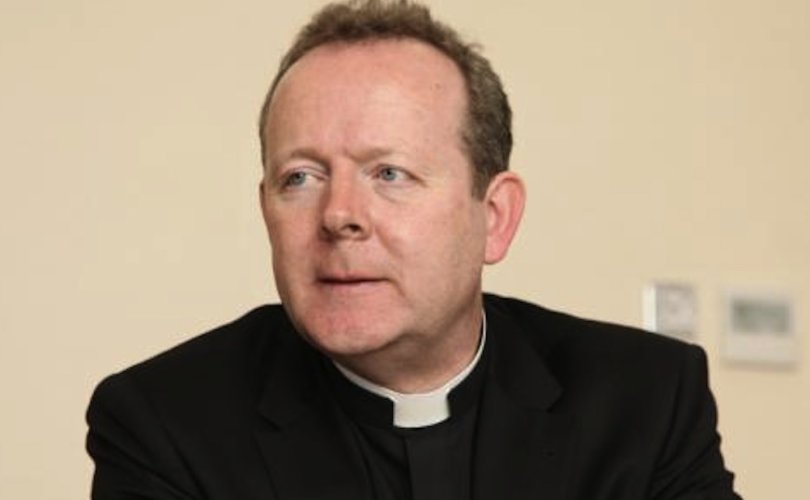 The announcement was made in a manner that the Primate of All Ireland, Archbishop Eamon Martin, described as “grossly disrespectful” in an interview he gave to Ireland’s RTÉ Radio 1 last Thursday.

“A journalist’s tweet and the Tánaiste (Deputy Prime Minister) dismissively saying: ‘Oh, they’re off.’ That was how we were told about the change in direction,” the archbishop said.

“The manner of communication, in this case, was grossly disrespectful and we are extremely disappointed.”

Martin, 59, made it clear during the interview that the new government advice constitutes a reversal of a previous decision that the Taoiseach’s office communicated in writing to the bishops of Ireland at the beginning of June, a communication Martin took as “a go-ahead to celebrate these sacraments.” According to the archbishop, the decision stated that “in line with the gradual reopening of society from July 5, these ceremonies could take place.”

It is advised that religious ceremonies such as Baptisms, First Holy Communions and Confirmations should not take place at this time. Further advice will follow on resumption of these ceremonies when it is safe to do so.

Martin told RTÉ Radio 1 that there had been “a lot of confusion,” “a lot of frustration,” “deep disappointment,” and “anger.”

“We’ve been deluged with calls from parishes, and I know that priests and others have been extremely disappointed by this reversal of the decision that was written to us from the T’s office in June,” he said.

The archbishop said that, believing the sacramental celebrations would be permitted, there had been “a huge amount of preparation with the children in their schools, with their families, to hold very safely these sacraments.”

“And they’re important, very important moments in the journey of faith of our young people and their families, and we had been planning to do them extremely carefully, with small numbers, keeping alert to all of the public health advice on gatherings afterwards,” Martin added.

Martin said the Church had been “consistently told” that the government’s fears were not for the actual ceremonies inside churches but for traditional social events held afterward. He stressed that Catholic families had been told that the sacraments are important and they should keep any celebrations afterward “very safe” and within public health guidelines.

“And I think we could have done it,” the archbishop said.

“It was very disrespectful, the way this (change) was done.”

The change also revealed communication issues between the Church and the Irish government; there has been conflicting information regarding, for instance, confirmations.

“They were not supposed to be happening anyway,” said Ireland’s Tánaiste (and former Prime Minister) Leo Varadkar, stressing that this advice came from Dr. Tony Holohan, Ireland’s chief medical officer.

Concerns over the Delta variant first identified in India and efforts to limit the type of indoor social gatherings that often follow first celebrations of these sacraments are the main reasons invoked for the decision to continue to prohibit the ceremonies.

“People who aren’t vaccinated are not supposed to gather indoors,” explained Varadkar, adding, “I understand it is a big disappointment.”

This new “big disappointment” comes after months of draconian restrictions on religious services which some Irish Catholics have described as outright persecution by the government and a violation of religious liberties.

In October 2020, a law was passed in Ireland banning religious gatherings and threatening priests who broke the restrictions with prison sentences.

And in April, another law was passed further tightening restrictions on gatherings both indoors and outdoors, effectively criminalizing attendance at any religious gathering, including sacramental confession to a priest.

During his interview with RTÉ radio 1, Martin recalled a discussion he had with a parent who said: “We’re just easy targets.”

The archbishop concluded the interview by apparently reaching out to the Irish government and calling for further discussions on the issue.

“All of this is making me think that it’s time for a proper dialogue about the place of faith and its expression in public life; and that is something I would be very open to,” he stated.