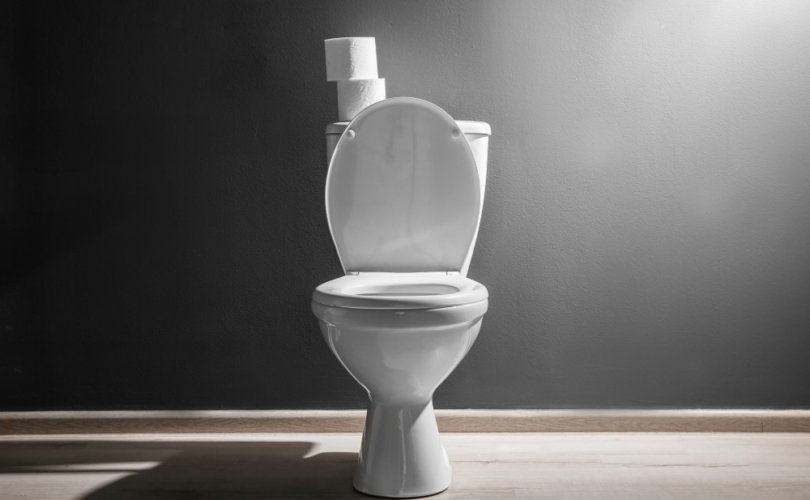 DUBLIN, May 15, 2019 (LifeSiteNews) — The Irish Health Service Executive (HSE) noted on its website five points for mothers to keep in mind after an abortion, including that they're welcome to flush “down the toilet” the remains of their babies.

The fifth of the points described on the website, titled “Pregnancy Remains,” notes that abortionists should explain available options for discarding the “pregnancy remains” of babies aborted between 9 and 12 weeks gestation. “This will be done in a sensitive manner. They will help you make a decision that is right for you.”

In cases where mothers do not decide on the destination of their baby’s remains, the hospital will “dispose of the remains,” according to the website. “If you have an abortion before 9 weeks of pregnancy, you can decide how to dispose of the remains. They can be flushed down the toilet or wrapped in tissue and disposed of as you wish.”

Irish pro-life campaigners reacted with shock to the news. “‘This will be done in a sensitive manner’ Oh! So that’s ok then, that they are being sensitive! That is the sickest, most vile statement I have ever read! How the hell do you flush human remains down the toilet in a sensitive manner? How can anyone even write that diabolical sentence?” wrote Mary Devereaux Lawlor in a social media post on Facebook.

Frank Bergin wrote on Facebook, “Beyond contempt. This needs to be highlighted far and wide, challenged and vigourously opposed. Not acceptable in any civilized society (of any faith or none) to be issued as governmental agency advice.” Gina Dortaigh wrote: “Can’t flush a baby wipe, but can flush a baby. The sick irony. Just horrific. No dignity, only contempt for these children.”

The Health (Regulation of Termination of Pregnancy) Act passed in December 2018, which followed a referendum that amended the Irish Constitution in May of that year. Currently,  abortion is permitted throughout the first twelve weeks of pregnancy. Afterwards, abortion is permitted where the mother’s life or health is at risk, or in cases of an abnormality in the baby. Abortion has been made available at Ireland’s public hospitals and through its socialized medical system since January 1, 2019.