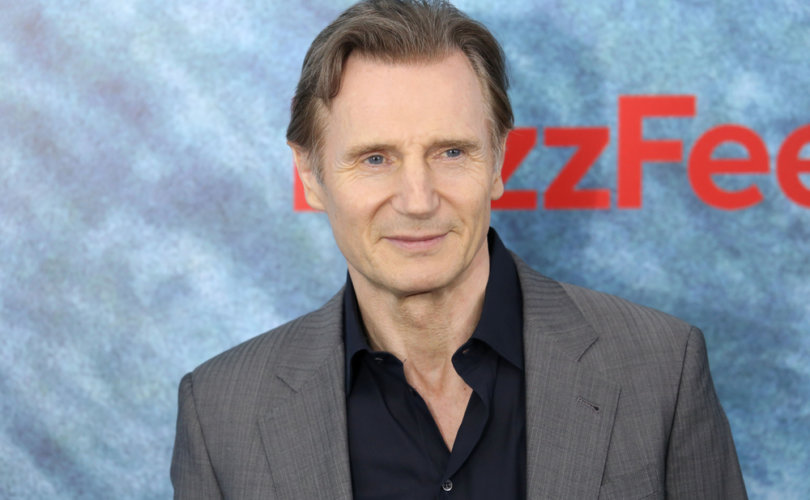 IRELAND, May 7, 2018 (LifeSiteNews) — A series of Irish celebrities, including action star Liam Neeson, have joined forced to demand that Ireland legalize abortion in its nationwide referendum later this month.

On May 25, Ireland will vote on whether or not to repeal the 8th Amendment of its Constitution, which guarantees preborn children the right to life. Repeal would clear a path for legislation legalizing abortion in the first trimester, subject to a 72-hour waiting period. Later-term abortions would ostensibly be limited to risks to a mother’s life or health, or fatal fetal abnormalities, but pro-lifers warn that those exceptions are a pretense for much larger loopholes.

On Sunday, the pro-abortion Together for Yes campaign released a video in which celebrities Saoirse Ronan, Liam Cunningham, Cillian Murphy, Aisling Bea, and more claim that a pregnant woman in Ireland “does not have full rights over her own body,” and that legalizing abortion would bring about a “fairer Ireland.” Last week, the band U2, whose lead singer Bono has spoken at length about his Christian faith, tweeted a call to legalize abortion.

“Having spent a significant part of my life based outside of my home country, I have witnessed Ireland becoming a nation that leads the world on social issues yet we still treat women as second-class citizens by taking away the basic right to make choices about their own bodies and if and when to have children,” he claimed.

“It’s very disappointing that Irish celebrities have chosen to use their voice, not in defence of the weak but in defence of a Government proposal to take the right to life out of the Constitution,” Cora Sherlock of the pro-life LoveBoth campaign responded in a statement. “Have people like Liam Neeson actually thought about what is involved in allowing abortion without restriction on children up to 12 weeks old, when they already have perfectly formed little arms, legs, and a beating heart?”

Neeson, who was raised Catholic but describes his faith as having gradually waned in the years since, implied the Catholic Church was a “cruel ghost of the last century” in a 2015 pro-abortion ad. Notably, he also provided the voice of Aslan in several film adaptations of the “Chronicles of Narnia” series by C.S. Lewis, whose stepson, Douglas Gresham, once said he was “convinced” Lewis would consider “a world in which 60 million children are murdered before they have a chance to be born” to be “living in Hell.”

Both sides have been highly active in mobilizing support, and polls have indicated the final vote will be close. The latest poll shows narrow majority support for repeal, but LoveBoth’s Dr. Ruth Cullen took its “significant slide in support for the Government’s proposal” as a sign the Irish people are realizing the proposal is “more extreme than they ever anticipated it would be.”

“The Irish people are not so easily fooled as to follow the consensus in the media and entertainment world,” Sherlock declared, “and increasingly they are seeing this referendum for what it is all about – the introduction of abortion on demand.”