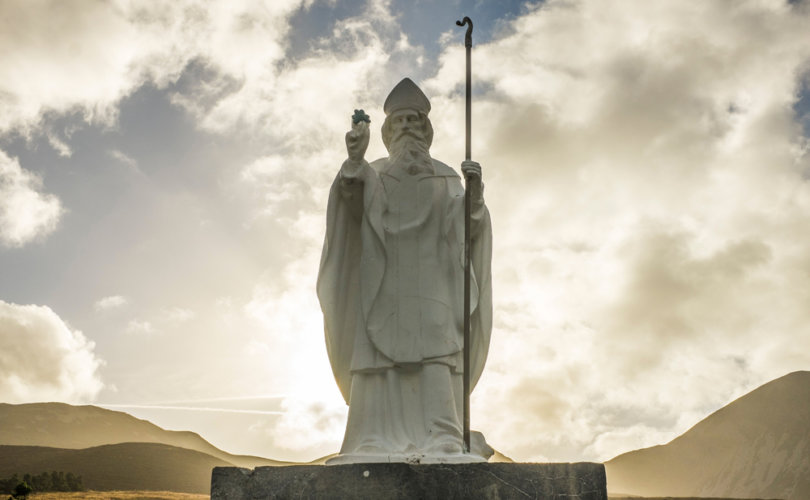 CAVAN, Ireland, November 19, 2020 (LifeSiteNews) — Irish police are threatening a Catholic priest with prosecution because of his refusal to turn people away when they arrived for Mass.

Under the current law, the Irish government is expressly forbidding gatherings for “religious or other reasons” and threatening priests with a fine of €2,500 and/or six months imprisonment should they attempt to offer public Mass. The law has come about as part of the Level 5 lockdown currently enforced across the country.

Speaking to the AngloCelt, which reported on the story, Fr. P.J. Hughes mentioned that “somebody reported me,” which led to his Masses becoming known to the local bishop and the civil authorities.

Fr. Hughes’ superior, Bishop Francis Duffy, had contacted the priest last week after receiving a complaint from a parishioner that he was saying Mass with people present. Duffy reportedly told Fr. Hughes that he was in “dangerous territory.”

Fr. Hughes told the AngloCelt, “I have continued to say Mass because I feel it is our Constitutional right to practise our religion,” and also mentioned that when members of his congregation would arrive at church, he “did not chase them away.”

He noted that the church had taken all the measures required by the government in the face of COVID-19 and that people in the church are “just there to pray and go home.”

Based in Mullahoran, Cavan, in the Diocese of Ardagh and Clonmacnoise, Fr. Hughes was approached by two police officers before offering Mass this past Sunday, who informed him he was breaking the law.

Shortly after Mass ended, four officers appeared, stating that “a file would be prepared for the Director of Public Prosecutions (DPP), meaning that he may be prosecuted for breaching the Covid rules introduced during the last lockdown period.”

Hughes challenged the police, appealing to the constitutional right to freely practice religion.

The law banning public Mass appears to be in direct violation of Article 44 of the Irish Constitution, which states “The State acknowledges that the homage of public worship is due to Almighty God. It shall hold His Name in reverence, and shall respect and honour religion. Freedom of conscience and the free profession and practice of religion are, subject to public order and morality, guaranteed to every citizen.”

Apparently, Fr. Hughes has been offered a final chance to submit to the ban on public Mass.

He explained he has “no support, only from the people maybe, but I have no support. So I put myself out on a limb. I have to make a decision to celebrate Mass every day, but I cannot celebrate it at the time that’s designated because people will come in.”

“So I’ll say Mass at a different time each day, on Facebook, for the people,” Fr. Hughes continued. “Because I don’t want to be prosecuted either, although I would like to test to see would they go and bring me before the DPP because I just think this is scandalous really, we’re gone to a police state.”

The case of Fr. Hughes is not an isolated event, as police in Cork also approached a priest to warn that they would “apply the full rigours of the law,” if he continued celebrating Mass with people present.

The Irish Catholic reported on the anonymous priest, who termed himself a “conscientious objector” to the ban on public worship.

The priest said he and another priest had been saying public Masses “for the last few weeks,” with an average of 10 people attending. The Masses were streamed online, which meant that “someone saw it on the webcam and … they got onto the guards.”

After being contacted a couple of times by the police, the priest was warned that if he continued to offer public Masses, then police would “apply the full rigours of the law.”

The police warnings come in spite of Health Minister Stephen Donnelly claiming upon the introduction of the law that “I assure the Deputy and other colleagues that with regard to penalties, religious services are non-penal in that there is no penalty attached to them.”

In order to coordinate efforts and galvanize people into action for the return of Mass, a lay group called We Need Worship has formed, prayerfully but firmly petitioning that the government respect the constitutional right to worship and have Mass.

Readers in Ireland are encouraged to contact their bishops to respectfully ask for the churches to be opened, and Mass to be celebrated. Contact information for the bishops of Ireland can be found HERE.