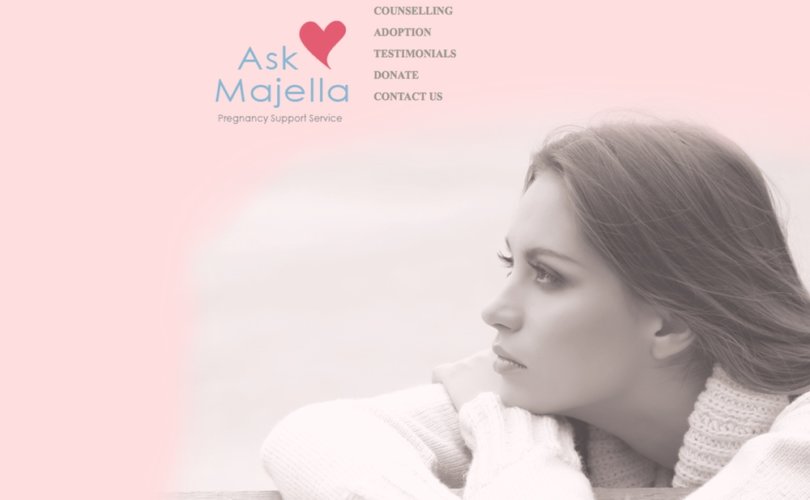 Health minister Simon Harris said the pregnancy center made him “sick to the pit of his stomach.”

“I have been very clear that I want to see these agencies shut down. It makes me sick to the pit of my stomach. It’s not even false or misleading, it’s just wrong and disgusting so-called information being presented to women in extremely vulnerable situations,” he told reporters April 6.

An undercover video sting published last week showed two counselors from HLI’s ‘Ask Majella’ crisis pregnancy center (CPC) telling a woman that fatal diseases could be transmitted during sexual intercourse, that abortion is linked to breast cancer, that contraception was dangerous, and that having an abortion was like “pushing your child in front of a moving car.” Another CPC not connected to HLI was also featured in the sting.

On its website, the CPC describes itself as a “Catholic support service” that offers help to women so that “there is no loss of or detriment to life.”

The Times ran a number of hit pieces in a matter of hours expressing outrage that the “unregulated” and “rogue” CPCs were pressuring women to have their babies, giving them what they suggested was false information, and even offering free ultrasounds to try to persuade them to choose life.

The undercover video sting comes on the heels of similar tactics being used by U.S. pro-life advocates, but with the goal of exposing what goes on inside America’s main abortion provider Planned Parenthood. Undercover investigations from the Center for Medical Progress as well as Live Action exposed the abortion giant as being involved in the illegal selling of aborted baby body parts, sex-selective abortions, covering up the sexual abuse of minors, accepting racially-motivated donations, and disseminating medical misinformation.

The outrage expressed by The Times as well as the country’s health minister is interesting given that the majority of the claims made by the CPC councillors are, in fact, true. Common sexually transmitted diseases that cause death if left untreated include AIDS, syphilis, and hepatitis. In 2015, the American College of Pediatricians stated that women should be informed about the link between abortion and breast cancer. It also stated at the same time that the medical establishment had been reticent to admit the connection. In 2015, former abortion worker Abby Johnson published a series of articles in which she outlined the dangers of contraception.

The Times articles suggested that the CPCs should be shut down by the government.

“The state has put too much of an emphasis on the value of motherhood for a situation in which women are deceived into giving birth to continue,” an opinion piece in The Times stated.

Three different pro-life CPCs, each run by different organizations, are now in the government's crosshairs, according to HLI.

But Patrick McCrystal, executive director of Human Life International Ireland, told LifeSiteNews that his organization remains “unfazed and unsurprised by the attack.”

“‘Ask Majella’ is one of the few organizations supporting women by giving them the full truth about the humanity of the unborn child and the horrific nature of abortion,” he said.

“We stand by our counselors in speaking the truth about the horror of abortion and the humanity of the unborn child,” he added.

McCrystal called the sting against CPCs part of an attempt by secularists to “destroy everything Catholic, everything that upholds Church teaching, everything God wants — to eliminate dissenting voices.”

“All the government-funded crisis pregnancy agencies in Ireland are ‘non-directive.’ We are Catholic and thoroughly encouraging of women to keep their babies. Pro-abortion forces here hate that. In our counseling, we uphold the Church's teaching on marriage, pre-marital sexuality, chastity, and marital fidelity. We encounter every type of situation,” he said.

McCrystal said attempts to “silence or smear authentic Catholic voices cannot change the truth about the sacredness of human life and society’s duty of care to mothers, fathers, and their unborn children.”

HLI Ireland is asking for prayers as it looks into its legal options so it can continue its mission of defending life while helping vulnerable women.

The sting comes as HLI launches its “Holy Face of Jesus” campaign where it evangelizes through the image believed to be the face of Jesus impressed on the cloth that wrapped his body in the tomb before he rose from the dead.