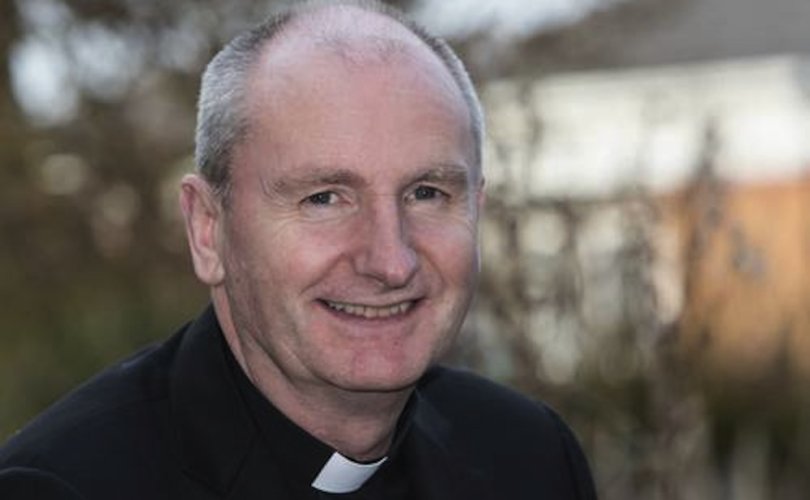 ATHY, County Kildare, Ireland, September 22, 2016 (LifeSiteNews) — An Irish Catholic priest participating in a Mass earlier this month where a “married” lesbian couple received a standing ovation after returning to active music ministry has denounced the event, saying the Mass was “hijacked” by gay activists.

“I was not present to promote or condone same-sex ‘marriage’ or what appeared to be the apparent triumphant and victorious return of our musical directors which seemed to become the focus of the evening. In my opinion, the Mass was hijacked to support the cause of same-sex ‘marriage’ which is clearly in breach of Catholic Church teachings,” Fr. Brendan Kealy wrote in a hard-hitting letter published September 14 on Catholic Voice.

“My intentions first and foremost was to celebrate the Eucharist which is the source and summit of our community’s Christian life,” he continued.

Fr. Kealy said he was one of five priests concelebrating Mass at St. Michael the Archangel Church in Athy on September 10 — an event to mark the 50th anniversary of a fellow priest as well as his own departure from being a curate to Athy parishes — when a newly “married” lesbian couple received a standing ovation along with wild cheers and whistles of approval after leading the choir located in the sanctuary, as reported by LifeSiteNews last week.

“This breach was displayed openly and in a very public manner from the holy sanctuary. I felt very uncomfortable about this as I had not given my blessing to such a union,” he said.

“I felt Saturday evening’s principal purpose of the Mass was grossly lost and I regret my participation simply because my presence as a priest appeared to give credence to surrounding events, which was misleading. I participated in the Mass with good intentions. I was not consulted in any form or manner regarding the girls’ renewed presence on the sanctuary to lead the choir that evening,” he added.

Fr. Kealy said the ladies’ civil same-sex “marriage” is unsupportable because it “blatantly contradicts and challenges the teachings of their Catholic Church, and the instruction of Pope Francis.”

“I can understand non-practicing Catholics ignoring Church rules, but practicing Catholics to ignore them is mind-boggling? Surely, it makes sense for practicing Catholics to be in full agreement with the teachings of their Church? St. John Paul II in conjunction with the future Pope Benedict XVI wrote in 2003 that all Catholics are obliged to oppose the legal recognition of homosexual unions and where such unions are given the legal status and rights that belong to marriage, clear and emphatic opposition is a duty. My position is very clear, I believe that marriage is between a man and a woman only,” he said.

The curate said he felt compelled to write the letter because “as a Catholic priest and a spiritual father, I have a moral obligation and duty to express my opposition to same sex unions, regardless if it is recognized by civil law, or by certain members within a community who ignore divine law.”

“I was anointed to give witness to the Truth, based on Jesus’ teachings. The institution of marriage in God’s eyes, is exclusively reserved between a man and a woman,” he wrote.

Fr. Kealy said that while everyone, including gays and lesbians, are welcome in the Catholic Church, the Church can never accept homosexual practices.

“A gay man or woman does not offend God or the Church, it is acts of sinful and selfish behavior that offends God. Our bodies are created to give worship to our Creator and our lives become an act of adoration in spirit and truth. To defile the body is to hold the whip again at Calvary, to be the one stripping Jesus at the foot of the Cross,” he wrote.