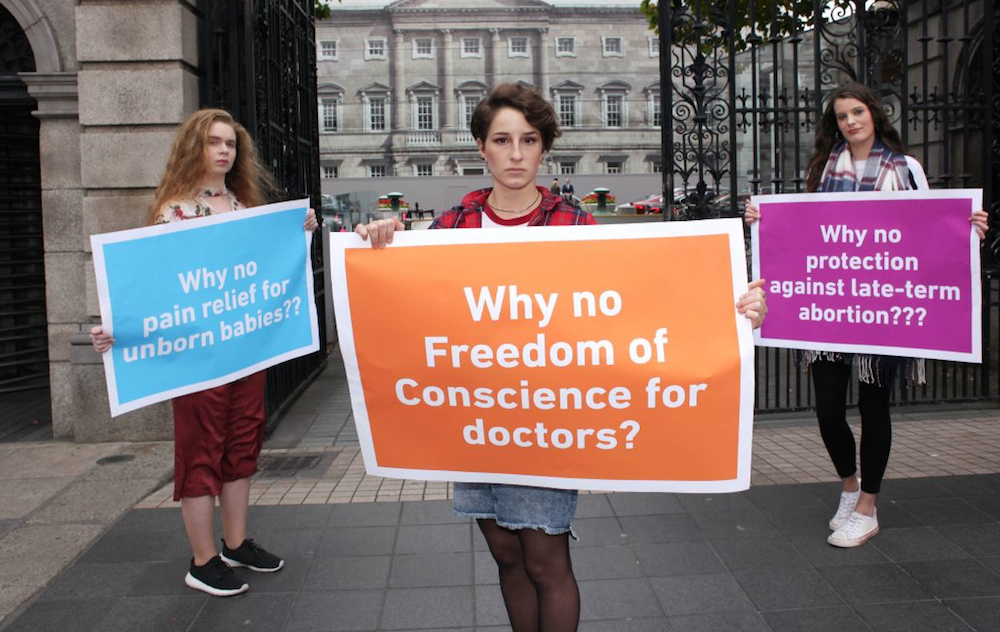 DUBLIN, Ireland, October 8, 2018 (LifeSiteNews) — Pro-life Ireland is alive and kicking and ready for the fight ahead against a pro-abortion Irish government determined to impose its will upon pro-life doctors.

At the Pro Life Campaign’s national conference last Saturday in Dublin, the group  released poll findings showing strong public backing for freedom of conscience protections for healthcare workers from having to assist in abortions.

More than 600 people attended the conference in the RDS. The keynote speaker was Kristan Hawkins, president of Students for Life of America. However, the main focus for many attending was the plight of Irish doctors, many of whom were at the conference and raised concerns about the lack of freedom of conscience protections in the Irish government’s proposed new abortion law.

The poll findings, conducted by Amárach Research and released at the conference, revealed that a clear majority comprising 68 percent of the Irish public opposed doctors being forced to carry out abortions, with only 17 percent of those questioned in favor, and 15 percent responding with “don’t know.”

Commenting on the poll findings, Dr. Ruth Cullen of the Pro Life Campaign said: “These findings paint an entirely different picture to the one being presented by the Government. It is clear from surveys of GPs themselves that they don’t want the provision of abortion to be GP-led and it’s very clear from today’s poll findings that the public don’t wish to see doctors being compelled to be involved in abortions. The result on whether or not doctors should be forced to refer is particularly interesting. In the absence of any public discussion on the devastating impact on GPs of being forced to refer, a majority of the public still sides with GPs who don’t want to be compelled to refer women for abortions that will lead to the certain death of her unborn baby.”

Throughout the day, there were a variety of pro-life submissions at the conference. One was from Monica Handeran, a mother of a baby with Down syndrome who spoke about the challenges and fears during her pregnancy and the lack of support.  She said, “Now that I see my son and his impact on our lives, I wonder does he have an extra chromosome or are we missing one?” Gavin Boyne told the audience about how his life was saved by the Eighth Amendment.  He urged attendees to challenge some of the narrative around the forthcoming legislation that, he said, legitimizes the ending of lives like his.

In regard to that forthcoming legislation, Wendy Grace said: “The definition of abortion in the new bill is a 'medical procedure intended to end the life of a foetus.' It is an insult to the intelligence of the Irish people to call that healthcare.  Healthcare is about preserving life, not ending it.”

There is still very much an appetite in Ireland to oppose the result of the recent referendum. Speaking to those assembled, one of those at the media forefront during the referendum campaign, Cora Sherlock, said: “Other countries are making great strides in restoring pro-life protections and now it’s Ireland’s time to join the international struggle. We may have lost the battle, but we will win the war.  Because we all know that the injustice of abortion will never win out.”

Others expressed concerns at the way in which the referendum has colored the political debate within Ireland. Barrister Lorcan Price talked about the lack of political representation and leadership for those who voted ‘No’ to repeal of the Eighth Amendment. He said: “Politicians may be on a journey, but we are not going on a journey. We are going to stand by the unborn and their mothers.”

The Pro Life Campaign is a non-denominational human rights organisation, drawing its support from a cross-section of Irish society. Established in 1992, its founders were key members of the Pro Life Amendment Campaign, which organised and campaigned successfully for the Eighth Amendment of the Constitution (Article 40.3.3) in 1983. It continues to campaign for the rights of the unborn in modern Ireland.