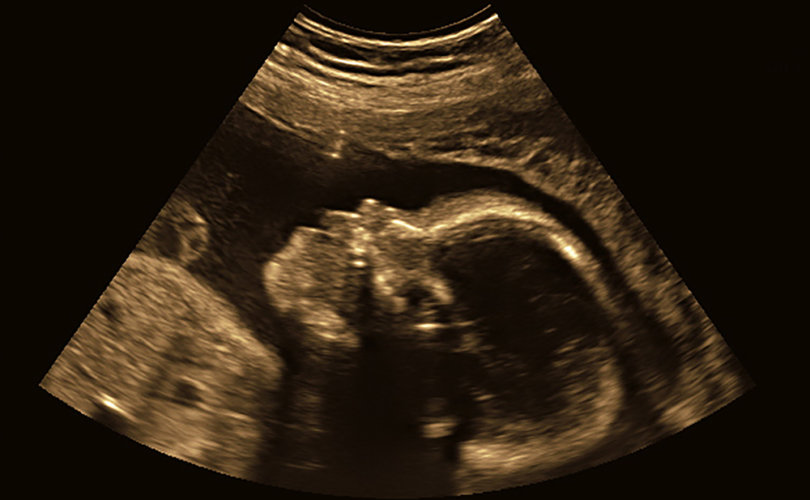 April 18, 2018 (Society for the Protection of Unborn Children) – Save the 8th has launched a new campaign focusing on the humanity of the unborn child. The new campaign shows social media users a video of a scan of an unborn baby at 12 weeks gestation, and asks them if the unborn child is deserving of constitutional rights.

Save the 8th's Niamh Ui Bhriain said: “It is important that this debate is informed and that people have access to basic information. The Government is asking us to legalise abortion for any reason up to three months. In effect, the legislation proposed says that these babies are not human at all, and will have no rights.

“The scan shows clearly a developing child, with identifiable form of a human being, moving and kicking inside the womb. The Irish people are being asked to give their approval for a proposal that would allow such children to be legally killed. Many people believe that at 12 weeks, they are voting on 'a clump of cells'. The simplest look at a 12 week scan proves this to be untrue.”

Data from elsewhere has shown that providing information like this can have a huge affect on perceptions of abortion. A ComRes poll, carried out on behalf of SPUC Scotland, found that when 18-34 year olds were shown a picture of a foetus at 12 weeks, and told that it has pain receptors, there was a 20% jump in those saying that abortion should never be available.

Save The 8th says this information should be made available to the wider public. “A fully informed debate need not show graphic images, or upsetting images. But it should show, at a very basic level, what a child in the womb at that age looks like. Every mother who has had a child in the modern era has seen one of these scans – but most voters have not…We are calling on RTE and TV3 to include a video of such a scan in their television coverage of the referendum campaign. If they want a fully informed electorate, they will do so.”

Betrayal of the disabled

Elsewhere, Inclusion Ireland, the national association for people with an intellectual disability,  joined forces with the Together For Yes campaign, saying that abortion is needed for women with disabilities.

Their spokesman made no mention of how the disabled are disproportionately targeted for abortion in other jurisdictions, something which was highlighted by a number of bishops over the weekend. For instance, another billboard campaign features three-year old Joseph Cronin, a Donegal boy with Down syndrome, and the fact that 90% of babies with the condition have their lives ended before birth in Britain. Health minister Simon Harris also warned campaigners not to make disability an issue in the referendum.