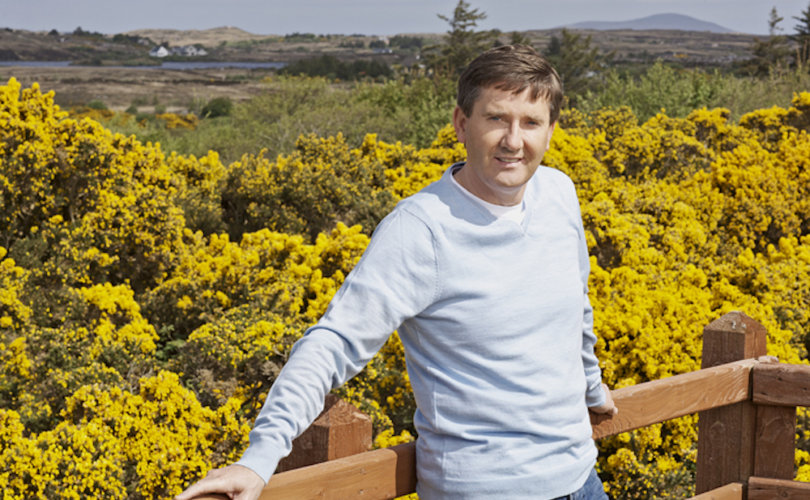 DUBLIN, August 15, 2018 (LifeSiteNews) — With the World Meeting of Families set to begin next Tuesday, the massive Vatican-sanctioned event has been hit by yet another controversy around homosexuality.

Donegal crooner Daniel O’Donnell is scheduled to sing at the Festival of Families on Saturday, August 25, in Croke Park in front of Pope Francis and an expected crowd of 75,000.

But O’Donnell publicly declared he was voting for homosexual “marriage” in the lead-up to Ireland’s 2015 referendum on the matter.

Meanwhile, the Lumen Fidei Institute has organized the Conference of Catholic Families, an orthodox alternative to the WMF, to be held August 22-23 in Dublin.

Cardinal Raymond Burke will speak via live video feed about “Restoring a Pro Family Culture,” along with Bishop Athanasius Schneider also giving a video address on “The situation in the Church and the Secrets of Fatima.”

O’Donnell’s appearance at the WMF was red-flagged by Irish singer and devout Catholic James Kilbane.

“How can Daniel O’Donnell perform for the Pope when his Yes stance in the gay marriage referendum was directly opposed to the Catholic Church here?” Kilbane told the Irish Sun.

Moreover, O’Donnell’s views may have swayed others to vote against their Catholic faith, Kilbane asserted.

O’Donnell maintained that “I think everyone should be equal” during an Irish national public broadcast radio show interview in May 2015.

“I just feel we’re discriminating against a lot of people who feel their lives would be better,” he told Raidió Teilifís Éireann (RTÉ) host Ray D’Arcy.

“I can’t see anything on the other side that will be detrimental. All of the people who know they’re talking about are telling us that it’s absolutely no difference who brings up the children, as long as they’re brought up in a loving environment,” O’Donnell said.

LifeSiteNews contacted World Meeting of Families media director Brenda Drumm but did not hear back by deadline.

O’Donnell and Kilbane did not respond to a request for comment by deadline.

This is not the first time Dublin WMF 2018 has provoked contention over perceived LGBTQ advocacy.

Notably, Jesuit Fr. James Martin, viewed by critics as an LGBTQ activist, is speaking at the conference, despite objections by orthodox Catholics.

Moreover, the initial preparation booklet the Irish bishops published included images of same-sex couples, as well as texts based on Pope Francis’ 2016 exhortation Amoris laetitia that suggested homosexual couples were “a new form of family.”

These problematic images and texts were redacted in the booklet’s second edition published after LifeSiteNews reported on the troubling original.

“We want volunteers from all walks of life from across the island of Ireland,” the WMOF volunteer brochure stated. “We value and embrace diversity and seek volunteers from a range of communities and backgrounds.”

It then adds, “We only ask that our volunteers are sensitive and respectful of our Catholic ethos.”

Critics also point out that, astonishingly, abortion is not on the WMF program, despite Ireland voting to legalize the killing of unborn children in a May national referendum.

Moreover, in the wake of revelations of the homosexual predations of now-disgraced former Cardinal Theodore McCarrick, the sex-abuse scandals in Chile and Honduras — and Wednesday’s damning Pennsylvania grand jury report — at least one prominent Catholic has urged the Vatican to call off the conference.

“It won't happen, but the Church would do well to cancel the Dublin gathering and instead lead a two-day procession of public penitence for what has happened, in Ireland as well,” wrote Robert Royal in The Catholic Thing.

“And while we’re at it, instead of discussing LGBTs and varied ‘forms of families’ in Dublin and at the upcoming Synod on Youth in October, the Church should put such matters on hold, and clean up its own house first.”