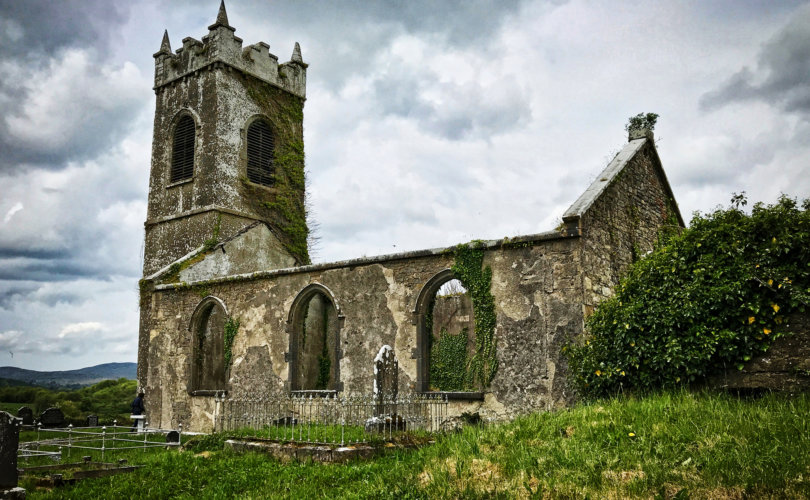 (LifeSiteNews) – The Catholic Church in Ireland has called for the introduction of ordination of women and Communion for the divorced and “remarried,” according to the nationwide report for the diocesan stage of Pope Francis’ “Synod on Synodality.”

The document also sidelined the express desire of Ireland’s young Catholics to maintain the traditional doctrine of the Church, despite 500 such faithful having signed a letter to the bishops in charge of Ireland’s synodal process voicing their concern that Ireland’s presentation to Rome would falsely represent the laity as seeking changes which stand “in conflict with current Church teaching and practice.”

LifeSiteNews Rome correspondent Louis Knuffke delivered a copy of the letter to relator general of the Synod on Synodality, Cardinal Jean-Claude Hollerich, during a Friday interview.

Earlier this month, the Church in Ireland prepared its “Synthesis of the Consultation in Ireland for the Diocesan Stage of the Universal Synod,” gathering and presenting the diocesan synodal reports from across Ireland to Rome, where relator general Hollerich will coordinate the responses from around the world to be presented to the Holy Father in September.

The report includes conflicting views from among the laity on matters they believe the Church ought to stress regarding doctrine and moral teaching. However, concerns have been raised regarding emphases made within the report on controversial matters running contrary to tradition while playing down calls for the Church to remain faithful to the consistent moral ethic and liturgical tradition of the Church.

— Article continues below Petition —
PETITION: We won't give any money to liberal bishops who attack the Faith
Show Petition Text
10293 have signed the petition.
Let's get to 12500!
Thank you for signing this petition!
Add your signature:
Show Petition Text

As part of the “main themes” identified from the diocesan synod statements, the Irish report named 15 categories, including an emphasis on “Sense of belonging,” “The Role of Women in the Church,” “LGBTQI+,” and “Sexuality and Relationships” within the Catholic Church.

According to the report, “[s]trong sentiments around the theme of belonging and a desire for the development of a more welcoming and inclusive Church emerged throughout the submissions,” noting that some participants criticized the Church as excluding them “because of their sexual orientation.”

Building on this theme, the report noted an apparently “clear, overwhelming call for the full inclusion of LGBTQI+ people in the Church,” stressing that “language in Church teaching” should be revised to be “less judgemental … following the compassionate approach of Pope Francis.”

According to the Catechism of the Catholic Church, which bases its teaching on Sacred Scripture, homosexual acts constitute “acts of grave depravity.” The Catechism explains that “tradition has always declared that ‘homosexual acts are intrinsically disordered.’ They are contrary to the natural law. They close the sexual act to the gift of life. They do not proceed from a genuine affective and sexual complementarity. Under no circumstances can they be approved.”

Recognizing the trial associated with same-sex attraction, the Catechism adds that such people “must be accepted with respect, compassion, and sensitivity. Every sign of unjust discrimination in their regard should be avoided,” thus ensuring the compassionate treatment of those afflicted while instructing on the disorder of the associated acts.

Comments submitted by an “LGBTQI+ focus group” suggested that the Church “indirectly creates an atmosphere where physical, psychological and emotional abuse of gay people is tolerated and even encouraged,” but offered no evidence for this claim.

The Irish report stated that some synod participants “called for a change in Church teaching … with regard to human sexuality” owing to “recent scientific and sociological research, alongside a recognition of the lived realities of LGBTQI+ and other couples” but that others pushed back, expressing “a concern that a change in the Church’s teaching would be simply conforming to secular standards.”

Calls for revisions on sexual ethics extended to divorced and “remarried” Catholics, for whom “the Church’s ‘rules and regulations’ were seen as draconian,” the report stated, adding that “[it] was suggested that the theology underpinning Church teaching on sexuality is but one strand in a far richer tapestry.”

According to synod statements, “some priests avoided the strict implementation of the teaching regarding those in second unions receiving the Eucharist” which participants apparently “appreciated” but complained that the practice was “turning a blind eye to the reality.”

A small note was made regarding objections from those “that believe the Church, rooted in the Catholic Tradition, should not conform to secular standards when it comes to questions regarding gender, sexuality, and relationships,” with the report describing this group as “minority, yet strong, voices.”

However, a group of 500 young Catholics presented an open letter to the bishops collating the Irish diocesan stage of the synod, cautioning that “the emerging synthesis risks presenting a false conclusion” regarding “human sexuality, marriage and ordained ministry.”

“As young faithful Catholics we fully accept and joyfully embrace Church teaching and practice, and do not wish for Church teaching to be changed or reformulated,” the lay group wrote.

As with opponents of radical change in morality, a characterization was made regarding proponents within the Irish Church of the Traditional Catholic liturgy, with the report stating that a “minority view seeks a return of the Latin Mass and pre-Vatican II celebrations.”

While the report stated that some had requested the “return of House Masses, Station Masses and particular feasts,” others had asked that “Laudato Si’ and a greater presence of environmental issues be part of our liturgies, particularly at certain times of the year.”

The report also highlighted requests to accommodate the celebration of Masses around people’s working and social lives, rather than the other way around, including for “sporting occasions.” Proponents apparently argued that “in the future, people may not be reached through liturgy, so a prior step is required in relation to encountering Jesus on a personal level.”

In sections of the report titled “Co-Responsible Leadership,” “Clergy,” and “Lay Ministry,” the document emphasizes apparent calls for upending the hierarchical nature of the Church’s administration and the role of the clergy.

A common theme from discussions on clergy and leadership, according to the report, focused on the exercise of authority by priests and bishops, the structure of which “provokes discontent” among the laity, the document stated.

“It was asserted that Canon Law itself places obstacles to co-responsible leadership and there is obvious exclusion of laity, in particular, women and youth, in these processes and in leadership roles more generally within the Church,” the report reads.

While the report stresses calls for lay-led education and formation in the faith, it was noted that some participants merely expressed a desire to volunteer aid to priests in their decision-making role while giving primacy to the clergy in matters of leadership.

In a viral video shared to Twitter, a priest responsible in part for contributing to the synod synthesis document, Father Brendan Hoban, bemoaned the traditional leanings of many new priests in Ireland while dismissing the letter of 500 Irish Catholic youth.

‘They are traditional, they wear black, soutanes, they want to talk about sin, they want the Latin Mass!

I despair of young priests’

Fr. Brendan Hoban, who has an influential role in the Irish Synod pic.twitter.com/4YLKV5qFnZ

Hoban, who helped establish the dissident Association of Catholic Priests in Ireland in 2010, stated that Ireland faces a problem not only with a diminishing clergy and vocations, but that the seminarians they have now are reminiscent of “my parish priest in the ‘40s and ‘50s.” “They’re traditional, they want to wear black, they want to wear soutanes, they want to talk to people about sin,” he lamented.

“They want the Latin Mass and they want to dress up in vestments … like people did 40, 60, 70 years ago, ” he continued.” “I despair of the young priests,” Hoban said, adding that he would “prefer if we had nothing.”

In comments to LifeSiteNews, a spokesperson for Irish Catholic media outlet Catholic Arena lamented that while “the synod has claimed to respect and listen to all voices, the nasty remarks that were included about young priests appear to be a pre-emptive silencing of this group.”

“Young priests were the only group in Irish society who had disparaging remarks published about them in the Synod Synthesis document,” the spokesperson said, adding that “this type of behaviour undermines the entire process.”