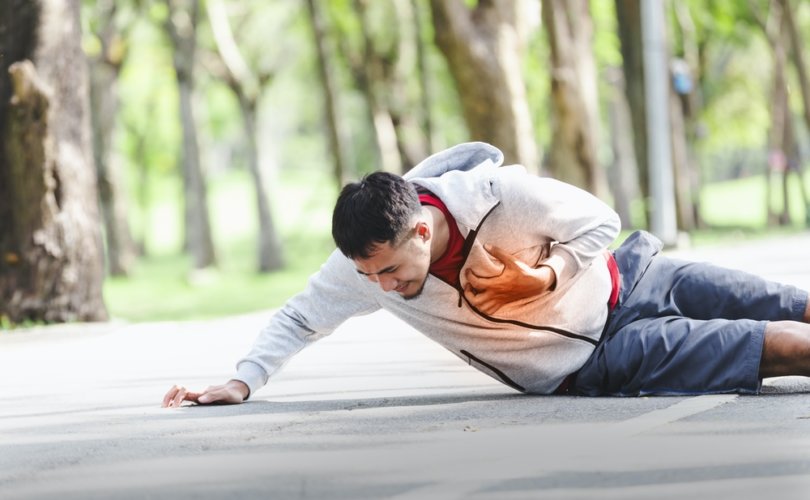 DUBLIN, June 10, 2015 (LifeSiteNews) – An Irish woman has given birth to a baby boy that staff at a troubled local hospital told her the unborn baby had been dead for weeks.

In December Aimee Nolan of Offaly, 26, was first told by her own doctor he could detect no heartbeat. He sent her to the Portlaoise hospital for ultrasound. However, Nolan told a local radio station, “The GP did say not to panic and explained the baby could be too far down to hear.”

But a staff doctor said that ultrasound could detect no heartbeat and added that the baby had likely been dead for weeks.

Aimee began crying, which set her first son crying too. The staff advised her to return in a week to discuss removing the fetus through a dilation and curettage abortion procedure.

The family decided not to wait, but made an appointment for two days later. A second doctor, however, entered the room during the discussion about removing the baby’s body to take Mrs. Nolan away for a second ultrasound.

This time, the doctor found a fetal heartbeat.

“Joy, anger, shock. I didn’t know whether to laugh, cry, lash out,” Nolan told reporters. “Why were we told our baby was dead?’”

Half a year later, she still has not been told.

The hospital quickly apologized, but Mrs. Nolan says the misdiagnosis left her anxious throughout the pregnancy, worried that each checkup would produce another report that her baby was dead.

The Dublin Journal’s web coverage on the child’s healthy birth this week links to similar stories about false announcements of miscarriages. Readers left a long list of harrowing but ultimately positive tales of childbirth in the story's comments.

Many comments faulted the health system for overloading staff at Portlaoise Hospital, which is facing cutbacks in services and funding and recently had its intensive care unit assessed as unfit.

Others hunted vigilantly for any remarks about miracles or anything smacking of religion. Someone calling himself “Guy Incognito,” wrote “In before (sic) someone uses this as an excuse to argue against abortion… This was a case of hospital incompetence, pure and simple. Leave it at the door.”

Another, however, Alan Rossiter, persisted with the position that finding a fetal heartbeat can be difficult. Ultimately the system worked, he said.

Pro-life advocates would cite this as a reason mothers should seek additional assurance that a child is truly “dead” before going through with an abortion.

Mom was about to take abortion pills to remove ‘miscarried’ baby. Thank God she didn’t.