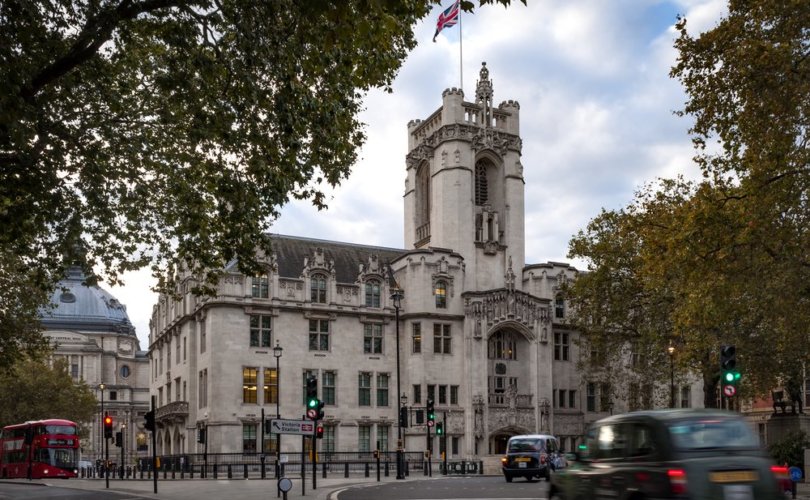 The Supreme Court of the United Kingdom.Shutterstock.com

June 14, 2017 (SPUC) — The UK Supreme Court has decided not to compel the NHS in England to pay for the abortions of women travelling to Britain from Northern Ireland.

The ruling was made following a legal challenge brought by a Northern Ireland woman who took her daughter to Britain for an abortion in 2012. After an abortion at a commercial abortion centre in Manchester, she claimed that the policy of the Department of Health in England only to fund abortions for women resident in England violated her daughter’s human rights. She argued that the policy was discriminatory because the Abortion Act does not apply to Northern Ireland.

A matter for Northern Ireland

In a split decision of three to two, the judges agreed with the lower courts that the policy did not amount to unlawful discrimination and was not a violation of the European Convention on Human Rights. The Court said availability and funding of abortion in the Province was a matter for the democratic process within Northern Ireland and not the responsibility of the NHS in England.

“This case had no basis in genuine human rights. Instead this should be seen as a cynical attempt by the British abortion industry to get around Northern Ireland's legal protection for children before birth. It was about bringing in more customers from Northern Ireland. Every day in Britain there are about 550 abortions. The majority of these are carried out in commercial abortion facilities but they're paid for by the NHS. This arrangement has made abortion a multi-million-pound industry. Yet the number of women travelling from Northern Ireland for abortions in England has steadily declined over the past 10 years.”

Statistics released yesterday by the Department of Health show that only 724 Northern Ireland women had abortions in England last year, less than half the number there were in 2001 and the lowest since the passage of the Abortion Act in 1967.

But ignoring the reality

“This case was solely about money and who pays for abortion. Had the verdict gone the other way it would have led to the deaths of even more children and meant countless more women would have suffered the emotional and physical aftermath of abortion. While the Supreme Court was correct in its decision, this case simply ignored the 50 years of evidence that abortion hurts women.” Mr Gibson said: “Northern Ireland has steadfastly resisted every effort to implement the legalisation of abortion because this would inevitably result in killing of babies on a massive scale, just as it has in the rest of the UK.”

Meanwhile, in the Republic of Ireland, a UN committee has ruled that the country violated the human rights of a woman who travelled to England to abort her baby, who had a life-limiting condition. It is the second time the Irish state has been forced to pay compensation over an abortion in the case of “fatal foetal abnormality”.