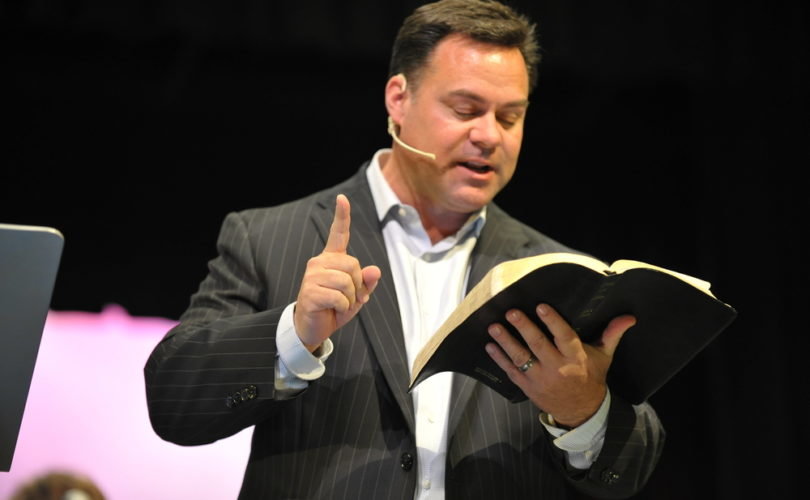 The IRS has agreed to pay closer attention to what is said in houses of worship after reaching a settlement with a secularist group in federal court last week.

On Friday, the IRS settled a lawsuit filed in 2012 by the Freedom from Religion Foundation (FFRF). The Wisconsin group brought the lawsuit because it said the IRS was ignoring complaints about churches violating their tax-exempt statuses. Specifically, FFRF said many churches promote political issues, legislation, and/or candidates from the pulpit in violation of the 1954 Johnson Amendment, which requires that non-profits not endorse candidates.

According to FFRF, the IRS has not followed a 2009 ruling requiring it to hire someone to keep an eye on church politicking. The IRS says it hasn't ignored the ruling, but merely failed to follow it.

The government has put a moratorium on the IRS’ investigations of tax-exempt organizations after the scandal that broke in 2013 over its targeting of pro-life, pro-family, and Tea Party groups. FFRF says that even though the IRS will not enforce the agreement because of the moratorium, they can still bring the lawsuit again if needed after the moratorium is lifted.

FFRF said in a press release that it filed the lawsuit because of Pulpit Freedom Sunday, which in 2012 involved approximately 1,500 church leaders delivering sermons on the intersection between politics and Scripture.

The effort, launched by Alliance Defending Freedom in 2008, aims to generate test cases to overturn the Johnson Amendment.

According to FFRF, “Pulpit Freedom Sunday … has become an annual occasion for churches to violate the law with impunity. The IRS, meanwhile, admittedly was not enforcing the restrictions against churches.”

Erik Stanley, senior legal counsel for Alliance Defending Freedom and head of the Pulpit Initiative, told LifeSiteNews that “the IRS has no business censoring what a pastor preaches from the pulpit.”

According to Stanley, his organization is “attempting to bring the era of IRS censorship and intimidation to an end by challenging the Johnson Amendment, which imposes unconstitutional restrictions on clergy speech.”

The tax-exempt status of churches is not an even trade-off to give up free speech, he said. “No one would suggest a pastor give up his church’s tax-exempt status if he wants to keep his constitutional protection against illegal search and seizure or cruel and unusual punishment,” he said.

Stanley insists that not only is the trade-off unequal, but “churches are automatically tax exempt out of recognition that the surest way to destroy the free exercise of religion is to begin taxing it.”

Stanley also advised the IRS to “adopt fair procedures for auditing churches” and said the agency “should publish those procedures for everyone to see.  Right now, the IRS is being very secretive about these procedures and that secrecy breeds mistrust.”

Stanley says that trust is an issue “especially given the recent IRS scandal. Churches should be allowed to decide for themselves what they want to talk about. The IRS should not be the one making the decision by threatening to revoke a church’s tax-exempt status.” He noted that the targeting scandal showed that the IRS was “used as a political tool of censorship to silence opponents.”

“A pastor’s speech from the pulpit should not be subject to the whims of a government official,” concluded Stanley.

Election years often bring out criticisms of churches from political opponents. Pastors who speak against abortion or same-sex relationships are often accused of being political, but Stanley says that's because “society has been taking issues that are biblical, slapping a political label on them, and telling churches that they are now off-limits. The church has not been invading the realm of politics.  Rather, politics has been invading the realm of the church.”

The Alliance Defending Freedom's opposition to the Johnson Amendment has faced criticisms from liberal pundits and clergy, including the executive director of Americans United for Separation of Church and State, Rev. Barry Lynn. In 2008, Lynn and Stanley engaged in an online debate, where Lynn said that ADF “is making a big mistake in urging pastors to violate federal tax law in their sermons.”

Likewise, The Week contributor Amelia Thomson-DeVeaux wrote last month that the Johnson Amendment is “a contract of sorts with the government, where [religious non-profits] receive a sizeable financial benefit — tax exemption — in exchange for certain forms of oversight. And this isn't about targeting GOP-friendly religious…or stifling Christian freedom of expression. The prohibition on electioneering should apply equally to all houses of worship — be they Jewish, Muslim, Hindu, Christian, or any other faith.”

Thomson-DeVeaux said the IRS should crack down on pastors who violate the Johnson Amendment, especially in light of Pulpit Freedom Sunday.

According to Stanley, his group launched Pulpit Freedom Sunday “to restore a pastor’s right to speak freely from the pulpit without fearing government control or intimidation.  It is the pastor’s job to decide what is said from the pulpit, not the IRS.”

“Simply put,” says Stanley, “we need to get the IRS out of the pulpits of America.”