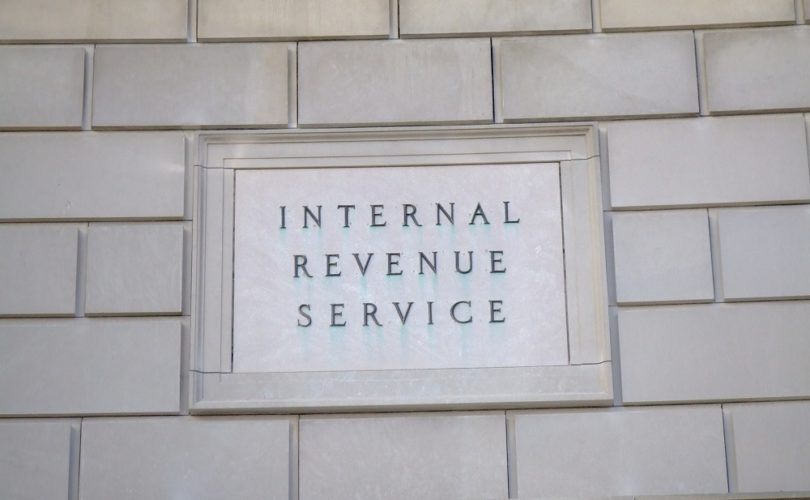 OKLAHOMA CITY, OK, August 11, 2015 (LifeSiteNews) – The Supreme Court decision not only legalizing same-sex “marriage”, but finding it an enforceable constitutional right, has raised concerns among Christian churches, charities, and educational institutions about government enforcement of that newly discovered right.

Those churches and church organizations that support natural marriage may come under persecution by the federal government, most immediately in the form of the revocation of tax-exempt status. This feared revocation would mean not only that contributions to churches would no longer be tax-deductible, but also that churches may be assessed large property taxes, or even have to pay taxes on contributions, which would financially cripple most Christian organizations.

Oklahoma Attorney General Scott Pruitt reflected those concerns in a letter he wrote to IRS Commissioner John Koskinen. Pruitt asked whether organizations could be targeted for denial of their tax-exempt status based on the U.S. Supreme Court's ruling on same-sex “marriage”.

In a cautious and indirect response, the IRS commissioner replied that the “IRS does not intend to change the standards that apply to section 501(c)(3) organizations.”

Pruitt took the response to mean that Christians and organizations supporting natural marriage will not lose their tax-exempt status. “This formal statement from the IRS provides needed assurance that their First Amendment rights will be protected,” Pruitt said.

The Oklahoma AG did, however, admit that his assurance is based on trust in the Obama administration. “We will trust, but verify, the comments of the IRS,” he said, adding that he will “continue to monitor the agency's actions to ensure Americans aren't targeted unfairly for exercising their religious beliefs in accordance with the First Amendment.”

Furthering Christians' concerns is the fact that Koskinen's indirect assurances have a time limit to them. Koskinen told a Senate hearing late last month that at least as long as he is commissioner, the IRS won't release any new rules revoking tax-exempt status of colleges that support natural marriage. Koskinen's term in office is for only another two and a half years.

“At this time,” Koskinen qualified to a Senate Judiciary subcommittee, “there is no basis for us to revisit tax-exempt status.”  Koskinen temporally conditioned his assurances a second and third time at the Senate hearing, saying, “It is our view right now,” and noted that it is only “at this point” that he feels there is no basis for the IRS to make changes toward organizations that do not support same-sex “marriage”.

But Koskinen warned that the IRS could impose new rules against natural marriage supporters in the future, if directed by the courts or Congress.

Koskinen admitted, “We can't predict over the next years what's going to happen in terms of decisions that'll be made about public policy.”

After Koskinen's testimony, Sen. Mike Lee, R-UT, a member of the Senate Judiciary subcommittee, said that his concerns were not alleviated. “It worries me, and it should worry every American, that the IRS does not absolutely disavow the power to target religious institutions based on their religious beliefs,” he said.

“It's certainly going to be an issue,” the U.S. solicitor general admitted.

Justice Alito also noted that the Supreme Court ruled in 1983 that Bob Jones University must have its tax exemption revoked because of the school's rules against interracial marriage.

John Colombo, a law professor at the University of Illinois, admitted that revoking tax-exempt status from Christian colleges is possible.

The dissenting Supreme Court justices offered an example of a Christian college that refuses to allow homosexuals to live together in campus housing as a case in which, because same-sex marriage has been found an enforceable constitutional “right,” the federal government may not only revoke tax-exempt status, but assess heavy civil penalties.