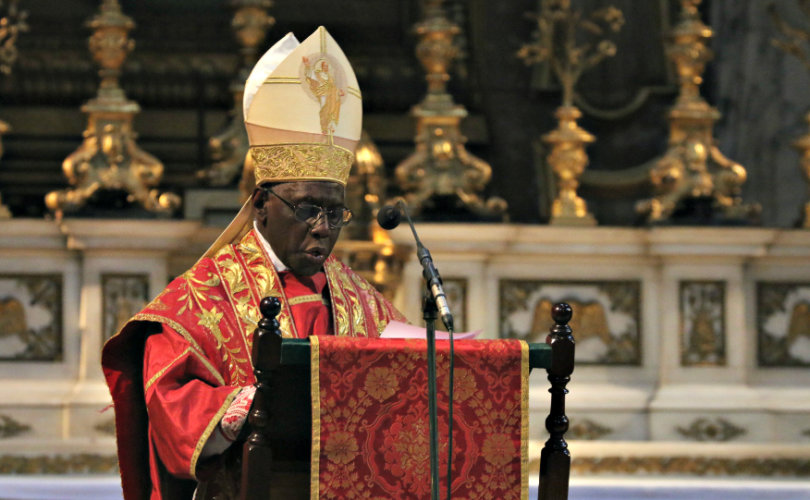 ROME, November 8, 2016 (LifeSiteNews) – Is Cardinal Robert Sarah slowly being silenced? An indication of such a development surfaced with the cardinal’s withdrawal from participating in a congress in Germany.

After the recent overhaul of the Vatican liturgy office, which Cardinal Sarah heads, he is now backing out of public appearances.

This news came as a surprise since the Cardinal had three times confirmed his participation, including in writing, since November 2015, said Rodheudt. Cardinal Sarah cancelled not only his participation in-person, but will also not submit his written paper to be read by a representative — a practice common for cardinals in cases of emergency absence.

In an interview with the German news agency kath.net, Fr. Rodheudt explained: “Cardinal Sarah has told us that for the coming year a number of obligations came up, which force him to cancel his participation even after repeated confirmation.”

“The meaning of the Motu Proprio Summorum Pontificum for the Renewal of the Liturgy in the Latin Church” was to be his topic, said Rodheudt.

“With his summation in London, Cardinal Sarah has revealed cracks and breaks of the liturgy. The liturgical praxis after the council has widespread lost the sense for the sacred and the worship of the invisibly present God more and more. […] That is why he has met resistance.”

At the same time, Rodheudt is skeptical about the direct involvement of Pope Francis: “We are not aware of an instruction by the Holy Father to Cardinal Sarah to cancel his participation. What can be said is that Pope Francis does not seem to have a special interest in liturgical questions.”

Francis has, therefore, officially stigmatized a “theological concept” of his predecessor. “One could get the idea that the reform of the reform is not really wanted.”

The letter Sarah wrote to the organizers of the congress closed with the words: “I regret that I must cancel my participation on March 31 as well as the homily during Mass the following day in the abbey Church of Rolduc. I wish nevertheless that this spectacular liturgical congress might be a success and I ensure you and the participants of my prayers that will accompany you in your endeavor in these so important topics.”

Archbishop Alexander Sample of Portland will participate in the liturgical conference. At this point in time, the organizers seek to replace Cardinal Sarah with another high-ranking Church official.