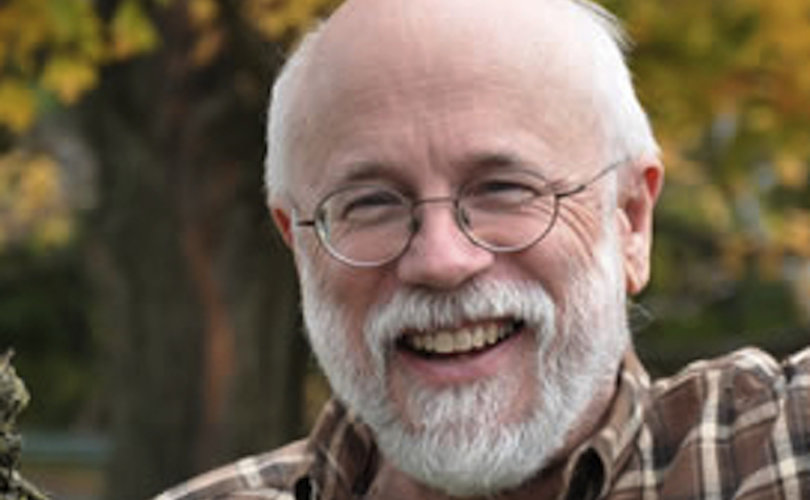 “I was astonished it got so much attention,” Behe told LifeSiteNews. “The New York Times wrote it up immediately.” Behe’s book ultimately sold 300,000 copies. Now his most ardent advocates at Seattle’s Discovery Institute are marking the anniversary with the one-hour documentary, Revolutionary.

The video claims that, since Behe’s book, things have never been the same for Darwinian evolution, the quasi-scientific cornerstone of modern atheism, which claims that life evolved from a simple single-celled ancestor to its current complexity by billions of years of random mutations filtered through survivability. Together, DI’s thinkers and Behe championed an alternative to Darwin’s explanation for what drives evolution: intelligent design.

Critics say intelligent design adds nothing to scientific knowledge because it attributes useful patterns in nature to an unknowable and untestable deity — a “God of gaps” in knowledge. But intelligent designers say Darwinian evolution is “the God that failed,” which is ex-believer Arthur Koestler’s phrase for Communism.

The documentary’s producer, John G. West, who is the associate director of the Center for Science and Culture at the Discovery Institute, told LifeSiteNews that intelligent design is not inherently in conflict with evolution if it merely means that life evolved from simple to complex forms over time. The problem is with the idea that this could happen by random.

Darwin’s mechanism seemed convincing in the 19th century, but as the complexity of even simple things like cells became clear, so did the problem with Darwin’s “Black Box” — the cell.

Behe told LifeSiteNews: “Darwin imagined a cell was just a glob of jelly.” At that time, there was no idea of molecules let alone DNA. Producing the first living cell from assorted chemicals present in the world or the universe seemed an easy task. Now it looks like a huge gap — with no idea in sight for how to bridge it.

Behe challenged the idea of random mutations as the driver of evolution with the concept of “irreducible complexity.” He used as his example the bacterium flagellum, a lifeform that propelled itself with a kind of protein propeller connected to a kind of protein engine. None of dozens of parts involved had any purpose until assembled in the flagellum, so Behe argued that they could not have evolved in parallel because there would have been no reason for them to survive until they made their contribution to final, complex lifeform.

The video relates counterattacks from the evolutionary establishment who claim another simple lifeform – archaella — could have evolved into the flagellum, and more recent research indicating this is unlikely.

The video begs the question but does not answer it: Why are so many in the scientific community so committed to Darwin? When a school board in Pennsylvania ordered intelligent design taught alongside evolution in the classroom, the American Civil Liberties Union and the American Association for the Advancement of Science  took it to court and got a judge to ban intelligent design from the classroom as an unseemly intrusion of religion.

The basis of opposition is not scientific at all, explains West, but atheistic. Intelligent design refutes not evolution but unguided evolution by exposing the preposterous unlikelihood of achieving the complexity of life by chance. “Two-thirds of America’s top scientists are atheists or agnostics,” he says, adding that most of science doesn’t depend on evolution at all. It is simply the predominant belief system.

Moreover, the “intellectual cracks” are showing in Darwinian evolution.  “Darwinian evolution is less than useless. It is one of the biggest dead ends,” West told LifeSiteNews, as scientists waste their time defending it instead of pursuing new lines of inquiry.

An example is the insistence for years by evolutionists such as Richard Dawkins that 98 percent of DNA protein whose purpose could not be determined was “junk” — or material whose evolutionary usefulness had long since departed.

“Dawkins said, ‘That’s just what we’d expect to get from Darwinian evolution,’” West related. But then an offshoot of the Human Genome Project called the Encyclopedia of DNA Elements started in 2002 began bearing fruit a decade later, with several studies showing the “junk” DNA bore important instructions. “Then the Darwinians said, ‘That’s just what you’d expect to get,” West said.

As a result of Behe’s work and that of others supported by the Discovery Institute, the shakiness of Darwin’s random driver of evolution is being acknowledged, West claims. Evolutionary scientists are meeting next month in London, summoned by the Royal Society, to discuss “New Trends in Evolutionary Biology.” Its underlying purpose, West says, is to discover a wholly materialistic driver for evolution to replace random mutation — and fend off intelligent design.

While it is part of the scientific establishment’s self-belief that modern science developed only by vanquishing religious explanations for the universe, West contends the opposite is true — that the scientists such as Isaac Newton who pioneered the scientific method confidently looked for scientific laws and patterns because they believed in an intelligent, rule-giving designer.