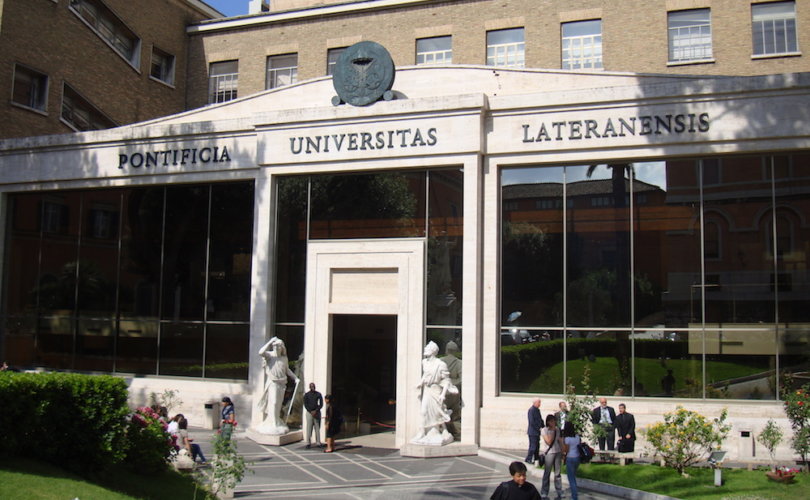 ROME, Italy, November 17, 2016 (LifeSiteNews) — A new president, new chancellor, and now permanent surveillance? The John Paul II Institute for Studies on Marriage and Family apparently is the target of a witch hunt against all who do not comply with what is considered “pastorality” and “mercy” in Amoris Laetitia.

Information has surfaced indicating that a letter was received by the faculty of the Institute containing threats against them if they do not comply with the “new” teaching on family contained in Amoris Laetitia. The email (here) was written by the “Observatory for the Implementation of the Church Reform of Pope Francis” (OARCPF), a self-proclaimed “initiative of a group of Catholic lay people in support of the pontificate of Pope Francis.”

In the email, sent November 10, the OARCPF announced the initialization of “monitoring of the contents of publications of faculty and the teachings imparted in class” of the Institute. The monitoring is aimed at implementing the “adaptations made by Pope Francis” in his address on the occasion of the opening of the new academic year of the Institute (October 28) and in the case of “eventual disagreements” concerning the content of the latter. The OARCPF is based on the call of Francis “to support a necessary opening of the intelligence of the faith in the service of pastoral solicitude.”

The email explains further that the “content of published works and the imparted classes will be taken into consideration in reference to what is expressed in the Apostolic Exhortation Amoris Laetitia” to avoid an allegedly “too abstract theological ideal of matrimony, almost artificially built, far from the concrete situation of families as they are.”

With the KGB method of surveying the content taught in the Institute, which is known for its strong fidelity to the traditional Church teaching on family and marriage, the OARCPF claims that it “will make use of the analytical and critical reading of the studies published by the faculty, of the theses of graduation and doctorate approved by the Institute, of the syllabus of classes of of their bibliographies, as well as interviews of students made after classes, in the square in front of the Lateran University.”

This week, four Cardinals publicly requested clarity regarding Amoris Laetitia from the Pope after he failed to answer their questions in a September 19 letter sent to him. One of the four was Cardinal Carlo Caffara, who founded the John Paul II Institute for Studies on Marriage and Family in 1981 as a theologian.