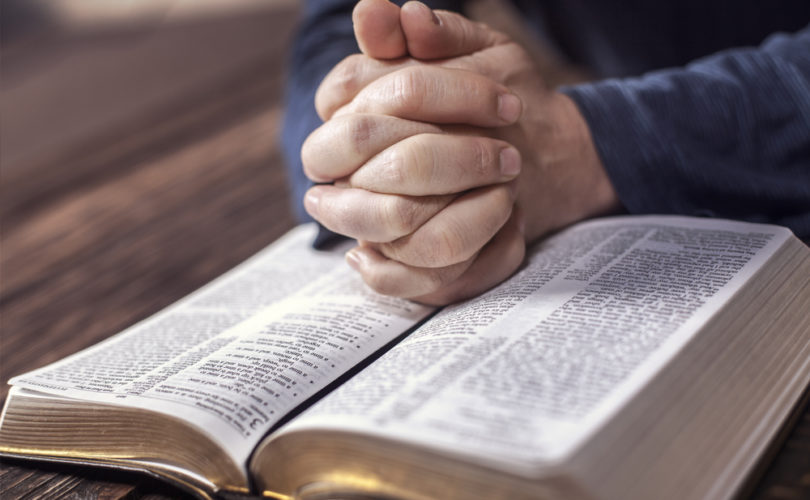 GERMANY, September 21, 2016 (LifeSiteNews) — The German Bishops have presented a new “Unified Translation” of the Bible that follows a significant modernization of the language and will be binding for all German-speaking areas starting in 2017.

On Tuesday, the German Bishops Conference (DBK) presented in Fulda the fruit of many years of scientific work: a new edition of the so-called “Unified Translation” (Einheitsübersetzung) of the Bible into German. It’s called “unified” because, from the original published from 1962 onward, these editions are supposed to be used ecumenically, unifying Catholics and Protestants in Germany. The original aim, however, was thwarted in 2005 when Protestants reverted to the Luther translation.

The leader of the research project was the bishop (now emeritus) of Erfurt, Joachim Wanke, who explained that the new edition is a “moderate revision” of the older text. Wanke added that a translation is always also an interpretation. The new edition shows more “braveness” to present “biblical jargon,” he said, reported by kath.net.

According to Jewish tradition, the personal names of God cannot be pronounced, so “Yahweh” is substituted by “Lord” in the new edition. In fact, every paragraph has a change, explained Michael Theobald, president of the German Bible Association.

When the apostle Paul calls two new followers, they are not two men anymore, Andronicus and Junias; rather, a new discovery showed that apparently it was one man and one woman, hence Andronicus and Junia. This led to the discussion that the word “apostle” must be applied to women as well as men (Author’s note: In German, different genders of the word exist and usually gender-ideologists insist on using male and female forms).

Other changes are more ideological.

Most frightening is the change to the iconic Isaiah passage (7:14): “The virgin will conceive and give birth to a son” (NIV) will now read: “The virgin has conceived and gives birth to a son.” The change seems to suggest that the virgin is not at all a virgin anymore (after having conceived) and at the same time removes the prophetic impetus by putting the words from the future into the past. This trend continues and a note from the translators explains that the Hebrew word “almáh” means “young woman” instead of “virgin,” as it has been reported. This change goes back to an old — and refuted — disputation of Hebrew apologists:

Jewish apologists argue that the underlying Hebrew word for ‘virgin’ (‘almáh’) is ambiguous and could alternatively simply mean ‘young woman.’ […] In the centuries before the birth of Christ, an official Jewish translation of the Old Testament into Greek was made for the use of Jews who no longer spoke Hebrew. This translation, known as the Septuagint, uses the Greek word (“parthenos”), which unambiguously means ‘virgin.’ (Roy Schoeman, Salvation is from the Jews, Ignatius Press 2003, p. 85)

Also, the Annunciation according to Luke (1:31) is changed from “to conceive a child” to “become pregnant.”

Theobald explains further that a general “sensibility for the gender problem” is made manifest in the new edition. In the leading line of letters of the New Testament, “brothers and sisters” is written instead of “brothers.” “Rejection” in the letter of St. Paul will become “repudiation,” acts of Jesus hitherto called “miracles” will henceforth be called “acts of power.” According to Theobald, this is supposed to help avoid an anachronistic projection of what we understand to be miracles in the time of Jesus.

The new version of the Bible will substitute the text of the 1979 edition and will be used in all German-speaking countries: Germany, Austria, Switzerland, Luxembourg, South Tirol, and East-Belgium. It will be binding for use in liturgy, school, and pastoral work, including catechesis. Unlike in the English language, in Germany few alternative translations are in active circulation. The “common” churchgoer usually does not have any familiarity with any other text of the Bible than the “Einheitsübersetzung.”

The Protestants in Germany will publish a new version of the Luther translation.