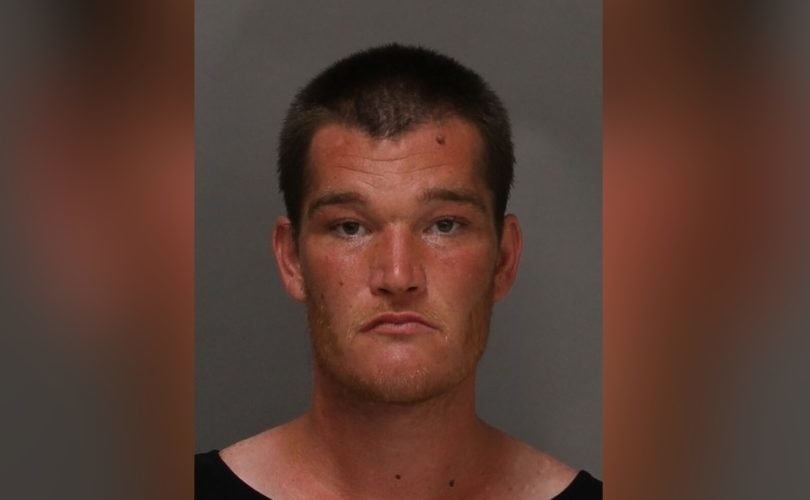 TORONTO, Canada, July 15, 2021 (LifeSiteNews) – A Toronto person who appears to almost certainly be a man has been charged with sexually assaulting a six-year-old boy, yet the mainstream media are describing the assaulter as a female, as he claims to be a woman called “Ruby.”

Toronto Police Service (TPS) issued a press release July 13, announcing that they are conducting a sexual assault investigation following an arrest. On June 8, the police had arrested and charged 33-year-old man, “Ruby” Ebby, with two offenses: “1. Sexual Interference with a Person Under the age of 16. 2. Sexual Assault.”

Ebby was arrested after a six-year-old boy was assaulted in Walter Saunders Park, on May 20. The Toronto police now believe that there may be additional victims and Ebby will appear in court on July 21.

However, both the police and the mainstream media describe Ebby as female, despite Ebby being clearly male. The TPS press release refers to Ebby as “she.”

Toronto’s CTV News does likewise, titling their report “Woman charged after allegedly sexually assaulting 6-year-old boy in Toronto park.” The text of the article continues to refer to Ebby as “woman,” and “she.”

The Toronto Sun follows suit, although the Toronto Star managed to report the incident without referring to Ebby as either male or female.

The picture provided to all media outlets by the TPS shows a person who appears to be a white male with close cut facial hair.

The pandering of the police and media to Ebby’s identifying as female is not without precedent. One similar incident in 2014 was of a British man detained while attempting to enter Canada illegally, and was subsequently sent to a female prison, after he protested against being placed in a male prison. The man’s passport identified him as a woman name Avery Edison.

In fact, LifeSiteNews previously reported how Correctional Services Canada (CSC) was quietly moving dangerous and violent male criminals into female prisons, due to their claim of being female.

Mason previously wrote on Facebook that the CSC was even aware of the danger which these men posed to the female inmates, as another inmate in Ontario had revealed to Mason how CSC medical staff were “handing out the morning after pill” to female prisoners.

“They currently have three ‘trans’ inmates here and I use the term trans loosely here because they are openly telling the other female inmates they are not really trans. They are only at GVI to have sex with the females,” she noted.

Reporting on Mason’s testimony, Brad Hunter wrote for the Toronto Sun at the time: “These self-identifying transgender jailbirds are dangerous. And the female cons know it.”

In a 2018 op-ed, LifeSite’s Jonathan Van Maren noted the global phenomena of male prisoners claiming to be female and being awarded “cushier prison sentences” as a result.

“Most people recognize that this is insane, but because they have accepted (or been forced to accept) the premises of the gender fluid ideology, they have nothing to say that will not result in an immediate lynching for the crime of ‘transphobia,’ which these days is a worse crime than locking up a rapist with a bunch of women,” wrote Van Maren.