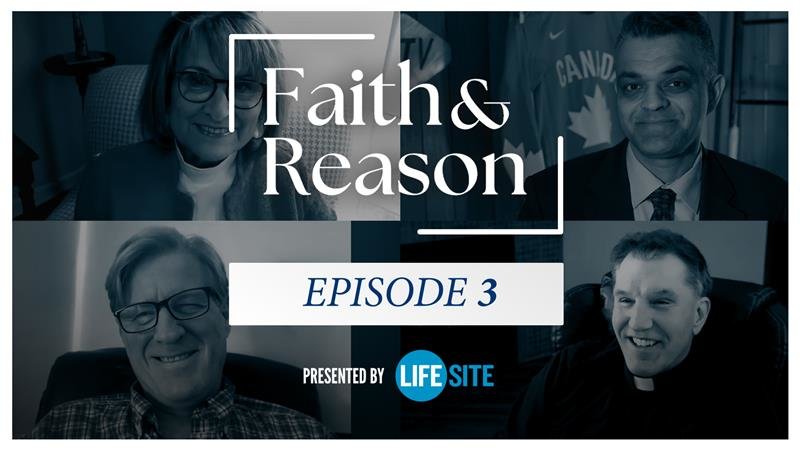 (LifeSiteNews) — On this week’s episode of Faith & Reason, the panel discusses the latest news on Russia’s invasion of Ukraine, the possibility of further escalation, and the hope that Pope Francis consecrates Russia to the Immaculate Heart of Mary.

Regarding nuclear warfare, Fr. James Altman doesn’t think Russian leaders are “stupid” enough to initiate it, but that if anyone did, it would be Western leaders. Jack Maxey’s take is that the war is already disruptive enough and the “downside for all the participants is so great that there’s really no interest in going there.”

But John-Henry Westen, LifeSiteNews’ editor-in-chief, reminds us that Our Lady of Fatima warns of the “annihilation of various nations,” which could theoretically happen in the context of a nuclear war.

“Russia will spread her errors throughout the world and so on and so forth, and [she] talks about wars and … the annihilation of various nations,” he says. “Now that hasn’t happened yet, but she talks about that, and here we are on the cusp of what might be even nuclear war.”

As for the consecration of Russia, Jack believes it would be a “beautiful thing” but that we’d have to see “evidence” of it in the streets.

“I don’t think that getting a pope as his last act to declare something [as] such unless we begin to see it in the streets,” he says. “Wouldn’t it be wonderful if we saw Ukrainian citizens greeting the Russian troops with icons of our Mother?”

John-Henry believes the consecration has yet to happen because Pope John Paul II’s consecration in 1984 was of the world, not of Russia specifically, and also because we’ve never had a “period of peace” promised by Our Lady of Fatima.

Listen to this week’s episode below, and please prayerfully consider donating to LifeFunder’s campaign to help injured and displaced Ukrainian civilians.