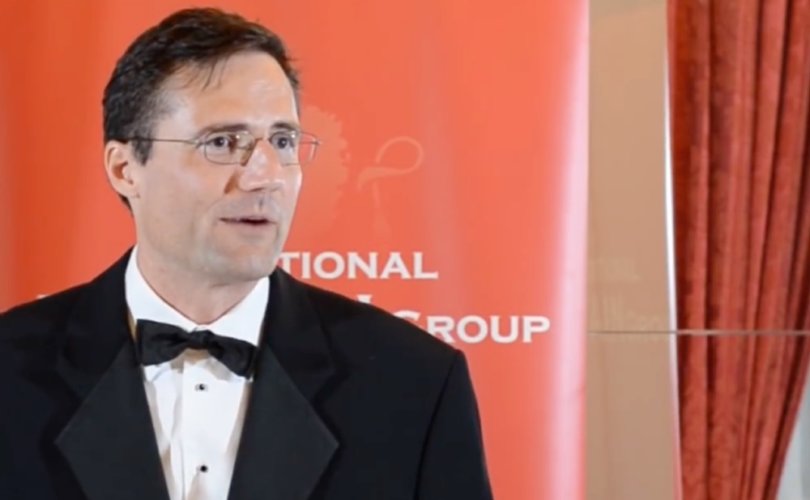 DUBLIN, Ireland, September 17, 2018 (LifeSiteNews) – Europe will collapse under the current migration crisis if it does not reclaim its Christian identity, warned a member of Hungary’s national assembly.

“I can say that Europe’s history is the history of Christianity, and ‘res publica Christiana’ is what characterizes our civilization the most,” he added.

And while massive Islamic migration into Europe makes up a large part of the crisis, the bigger problem is the failure of Europe’s leaders to recognize what is actually happening, he charged.

It’s obvious the “appearance of an alien religion at the border of a civilization is a threat,” Gyöngyösi said, but the “spread of Islam is only a negative consequence of Western nihilism.”

The crisis is the result of the “self-destructive suicidal nature of our own decision makers and our own political and religious elite, which is incapable of recognizing the features and the character of its own culture and its own civilization.”

The 41-year-old Gyöngyösi is regarded as the rising star of Hungary’s opposition party Jobbik, or Movement for a Better Hungary, which he joined in 2006. Gyöngyösi, who studied economics and political science at Trinity College in Dublin, worked in Hungary as a tax expert before his election to the Hungarian national assembly in 2012. He has been foremost in Jobbik’s efforts in the last four years to distance itself from the more extreme rhetoric and actions of its early years and position itself as a center-right party.

Gyöngyösi said that while some politicians might be able to say that Islam is a “danger” or that migration is a “problem,” they wouldn’t be able to say “what values they stand for, or they wouldn’t say or state that they represent Christian values, and those are the values which their policies are based on.”

“And this is the real problem, not the Islam threat,” he added.

Gyöngyösi, who was vice-chair of the Hungarian National Assembly’s foreign committee from 2014 to 2018, contended that Islamic migration to Europe “is the result and consequence of bad foreign policy.”

“We were blind for years, or for decades, when we assisted the United States in pursuing its geopolitical or geo-strategic policies in the Middle East or in North Africa,” he said.

“And we were tacitly or actively contributing to a foreign policy which has entirely destroyed the neighborhood of Europe.”

The migration crisis has brought the issue of European identity to the forefront, and made “extremely visible” the differences between the Visegrád group — Hungary, Czech Republic, Poland and Slovakia — and other central eastern European countries, “which happen to be extremely socially conservative,” Gyöngyösi said, “and liberal Western European countries.”

“And we have also experienced the dictatorship of political correctness,” he said, “If you stand up for your own cultural identity, you are going to be labeled a racist.”

Gyöngyösi is holding out hope that “the liberal European elite disappears after a European parliamentary election,” to be replaced by politicians who “recognize the importance of a common European identity, and the relevance and the importance of Christian values in the European civilization,” he told the Dublin conference.

“I think that’s the only chance that we stand,” he said.