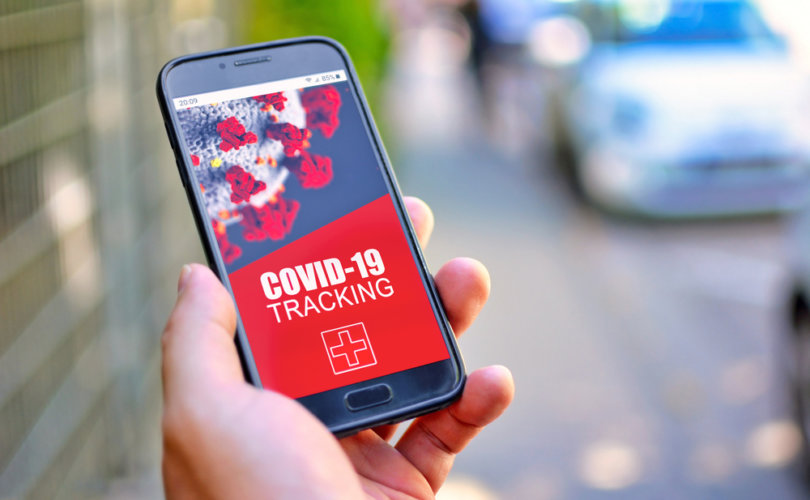 (LifeSiteNews) — Israelis who have tested positive for the Omicron variant of COVID-19 will have their movements and personal contacts tracked by the country’s domestic spy agency at least until Friday, the New York Times reported.

The move comes after Israel launched a daylong “war-game” scenario earlier this month to come up with strategies for addressing “a new, lethal, COVID-19 variant,” in which they simulated the implementation of new lockdowns, curfews, and booster jab campaigns.

“We have indeed reached a point at which we do need a ‘Big Brother’ keeping track of where we go,” said criminology professor Limor Yehuda in a Monday piece published in Maariv, an Israeli newspaper.

According to the Times, Israel’s intelligence agency, Shin Bet, was temporarily given access to the private phone data of Israeli citizens when the nation’s cabinet voted Sunday to authorize the move under emergency legislation.

Israel’s spy agency will track Omicron patients’ phones: ‘“We have indeed reached a point at which we do need a ‘Big Brother’ keeping track of where we go,” Limor Yehuda, a criminology professor, wrote on Monday in Maariv, a centrist newspaper.’

Israeli news outlet Haaretz reported that “people suspected of contact with an omicron patient” via analysis of cell phone data will “be instructed to immediately go to the nearest testing station to determine whether they were actually infected.”

The surveillance authority of the spy agency could be extended longer than the end of the week if Israel’s parliament votes to authorize a two-week extension. The legislative body is expected to vote on the matter later this week.

A spokeswoman for Israel Prime Minister Naftali Bennett told the Times the new legislation, if approved, could permit the surveillance powers of Shin Bet to be renewed every two weeks indefinitely.

“No other democratic country has chosen to use its security service to track people,” Gan-Mor wrote in Maariv on Monday, calling the return to tapping into private cell phone data “a terrible, illegal decision.”

The Times noted that although Israel’s government had authorized Shin Bet to utilize cell phone data to track Israelis’ movements and close contacts last year, a Supreme Court ruling in March 2021 determined that the tactic could only be employed against those who refused to participate in typical contract-tracing methods.

Deployment of the spy agency against private citizens who have tested positive for the Omicron variant follows a simulation enacted by the Israeli government earlier this month, which was designed to tackle the spread of more lethal versions of COVID-19.

According to the Times, “Israel’s swift response to the discovery of the new virus variant was influenced in part by a government-wide ‘war game’ held earlier in November.”

LifeSiteNews reported on Israel’s so-called “war game” scenario, which the government said consisted of “preparations for the outbreak of a new, lethal COVID-19 variant.”

Named after a fictitious new strain of the coronavirus, the so-called “Omega drill” was announced November 10 on the Israeli government’s official website and held the following day at Israel’s National Management Center in Jerusalem.

The daylong drill was conducted in three sessions designed to simulate the passage of time between various scenarios, including lockdown and quarantine measures, the closure of schools, gathering restrictions, curfews, mass-testing, vaccine booster campaigns, etc.

According to the Times, “senior officials simulated how they would respond to a fictional scenario that bore striking similarities to what is actually happening now.”

It’s unclear whether the surveillance strategy will have any measurable impact on the spread of the virus variant.

Israel’s aggressive tactics to attempt to track and control the spread of COVID-19 and its variants since last year have made it one of the most heavily restricted countries in the world.

NPR reported that “Israel was the first country on Earth to fully vaccinate a majority of its citizens against COVID-19.”

The nation was also one of the first to impose a vaccine passport on its citizens.

However, despite its rush to vaccinate the majority of its population against the coronavirus, Israel has recently logged one of the highest COVID infection rates in the world.

In August, Becker’s Hospital Review reported that some 60% of those hospitalized with COVID-19 in Israel had been “fully vaccinated.”

Meanwhile, Israel’s focus on the Omicron variant comes in spite of the fact that a South African doctor who was among the first to identify and announce the existence of the new variant has stated the virus causes “very mild” symptoms that can be easily treated at home.