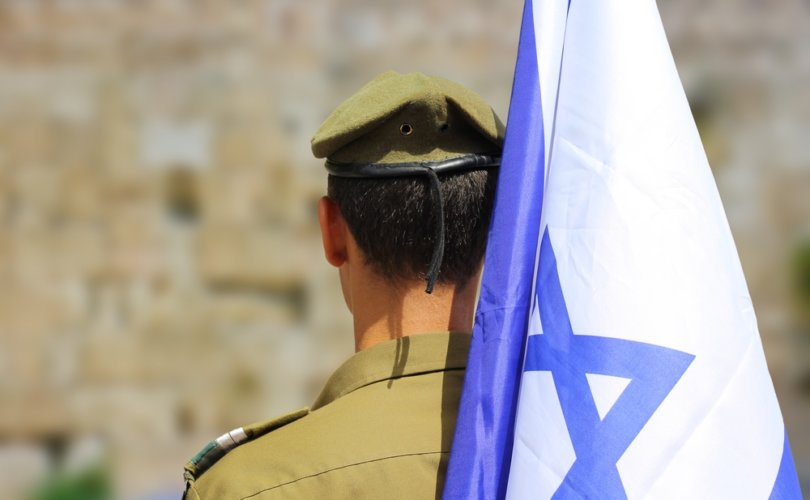 JERUSLAEM (LifeSiteNews) — Israel has carried out a  COVID “war game” as part of what the government says are “preparations for the outbreak of a new, lethal, COVID-19 variant.”

The “Omega drill” was named after a fictitious COVID strain. It was announced yesterday on the official website of the Israeli government, and held today at Israel’s National Management Center in Jerusalem; a blast-proof war-bunker designed for the management of nationwide crises.

The drill was led by Israeli Prime Minister Naftali Bennett, who said it was intended to prepare Israel “for any scenario.”

It took the format of three war-game like sessions designed to simulate the passage of time between various scenarios, including lockdown and quarantine measures, the closure of schools, gathering restrictions, curfews, mass-testing, vaccine booster campaigns, etc.

Bennett explained the aim of the exercise in a statement published yesterday on the Israeli government’s website. He said the epidemiological situation in Israel is now better than in the rest of the world.

“We’re always looking ahead and preparing for the continuation of the campaign,” he explained, after claiming that Israel was able to “beat the fourth wave” and was on its way toward “exiting the Delta variant.”

“We are continuing to hold drills and to challenge ourselves,” he said.

Israel put in place some of the toughest COVID restrictions in the world throughout 2020 and 2021 and was one of the first countries to impose a vaccine passport on its citizens. It also achieved one of the highest vaccination rates with more than 60% of its entire population having been fully vaccinated to date, and nearly 70% having received at least one dose, according to Our World in Data.

Israel has recently reopened its borders to vaccinated tourists only and is preparing to start vaccination on children aged 5 to 11.

But in spite of its high vaccination rates, the country has recently logged one of the world’s highest infection rates in the world, with more than half of the total number of cases being among fully vaccinated people.

To tackle the insufficient and rapidly waning protection provided by the experimental COVID shots, Israel launched a nationwide booster shot campaign. Nevertheless, so-called “breakthrough” infections have continued to occur among those who have received the top-ups.

Back in August, Israeli news reported that 14 Israelis who received a third “booster” dose of the Pfizer vaccine tested positive for COVID within one week of their third shot.

In addition, a March analysis showed dramatic rates of vaccine-related deaths in the country. And only last week, a particularly horrifying Instagram video showed a young woman convulsing on a stretcher while being carried to an ambulance, as a man filming the scene is heard shouting, “This is Pfizer! This is Pfizer!”

Yet, the Israeli prime minister sounded optimistic about the situation in the country.

“Israel is safe and protected,” he assured, adding that “in order to maintain this, and to safeguard the continuity of normal life, we must continue to closely monitor the situation and prepare for any scenario.”

Israel is officially the first country in the world to have carried out a drill of this kind, but others have discussed the idea.

Only three days prior to his interview with Jeremy Hunt, Gates met with the Israeli Prime Minister at the UN climate change conference on November 2.

In fact, Israel may not be the only country in the world to have carried out a drill of this nature.

Indeed, according to an analysis published by LifeSiteNews two months ago, a 2019 federal law, the Pandemic and All-Hazards Preparedness and Advancing Innovation Act of 2019, which was passed by Congress and signed into law on June 24, 2019, appears to indicate that the U.S. government may be engaging in large-scale COVID-19 ‘drills’ without alerting the public.

The pandemic law grants broad authority for the government to use “national” drills without notice to “respond” to alleged pandemic threats.