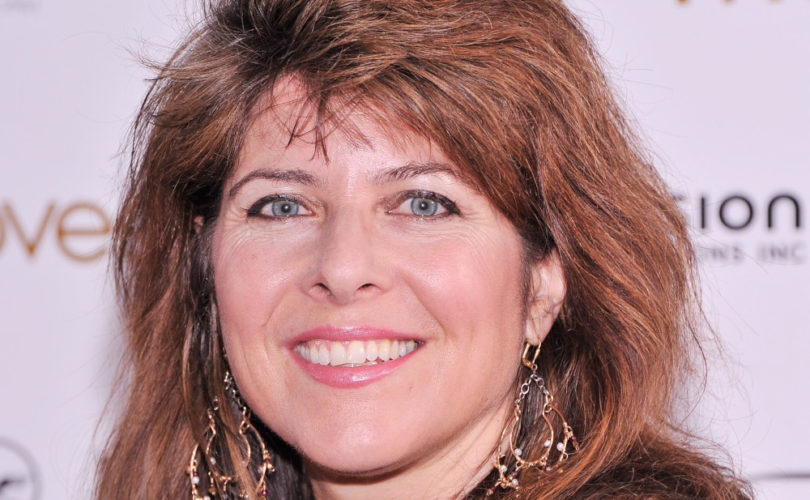 Vaccine passports proving the status of one’s injection for COVID-19 are being discussed in nations across the world, notably the U.S. and the U.K. Wolf noted how such a tactic effectively mandates injections, since refusing to receive the jab instantly means expulsion from society.

“This is a technique, and every closing society uses this technique of creating an insiders’ and an outsiders’ society, and then starting to shove opportunities at those who go along, and close down jobs, professional advancement, access to kids schooling to those who don’t go along.”

“It’s absolutely classic building up of a fascist culture as well as a fascist economy.”

Wolf described the deployment of vaccine passports in Israel as the destruction of society, noting how it has undermined the rights of citizens and created a surveillance state.

“Activists faced 360-degree surveillance, nobody is free to challenge it, parents are being told their own vaccine passports will be switched off unless they allow their children to be vaccinated.”

With the Israeli passport scheme, access even to grocery stores in order to buy food, is limited to the injected citizens, Wolf declared.

“Israel is the first petri-dish for Pfizer aligning with the Netanyahu government, to roll out a full biosecurity state via vaccine passports. So Israelis have to show their vaccination passport, which is digital — Why is it not a piece of paper which wouldn’t have all these problems? — in order to get food at the grocery store.”

In fact, Wolf warned that such a system did not merely draw strongly from China’s infamous social credit scheme, but was simply a reproduction of it: “The vaccine passport is the social credit system that China has, it doesn’t lead to it, it is that, because it takes no engineering, it takes literally a flip of the backend … no special addition to merge your Google Wallet, or your Apple Pay, or your PayPal with your vaccine status.”

Later in the interview, she again referred to Israel as an example of the “bio-security state” which stems from using vaccine passports, commenting how it took only “a matter of months” to destroy the freedoms found in a liberal society.

Wolf’s warnings are by no means isolated, as numerous reports are emerging about the manner in which Israel is restricting its citizens through vaccine passports, although the stories are not reaching the mainstream media headlines.

Back in February, Israel’s parliament, the Knesset, passed a law allowing personal information of those who refused the COVID-19 experimental vaccines to be collected and shared with relevant bodies by the Health Ministry. This collection of the “names, ID numbers, addresses and phone numbers” was apparently being done in order to “encourage” uptake of the experimental injections.

Just recently, Celeste McGovern reported on Israeli citizens who described a “medical apartheid” resulting from the passports. One video, from the Facebook page Radiant Israel on February 18, showed Israeli Gilad Rosinger describing the green passport system as a “pre-holocaust agenda.”

“If you do not submit to this wicked, demonic, tyrannical agenda, if you choose to say, ‘you know what, I’m not ready to participate in this experimental program,’ then you are now considered a second-class citizen in Israel,” Rosinger said.

“My grandfather was the only survivor out of his whole family of the Holocaust and this is exactly how it started. With discrimination, with essential and non-essential businesses, with people saying that Jews are second class citizens,” he said.

The New York Times’s Jerusalem correspondent unwittingly confirmed the impact of Rosinger’s words when she described life in the vaccinated state of Israel. Isabel Kershner mentioned how she was “a member of a new privileged class: the fully vaccinated,” membership of which is proven by the Green Pass.

Painting a picture of life with fewer closures of businesses, Kershner noted how society was open, but “the Green Pass is your entry ticket.”

Such measures prompted Business Insider to describe the country in February as “waging a war on the unvaccinated.”

A deadly, country-wide trial of an experimental drug

As of April 12, 58.7% of Israelis had been given the first dose of the injection, with a similar 54.4% having taken the second dose.

The reason for the aggressive and speedy roll-out is that Israeli Prime Minister Benjamin Netanyahu offered to use the country as a mass trial for the Pfizer/BioNTech injection.

The agreement reached between the Israeli government and Pfizer stipulates that Israel provide weekly reports on the injection roll-out, including cases of the virus, hospitalizations and deaths from the virus, and comprehensive details about the injection recipients and their effectiveness.

Germany’s Deutsche Welle noted that the vaccine companies would thus receive “much more data than they would from any other study. It is an invaluable source of information for the pharmaceutical companies.”

In return for this information, Pfizer gave Israel “a huge quantity of millions of vaccine portions, and with preference over other countries.” This arrangement was publicly affirmed when Pfizer CEO Albert Bourla, Netanyahu’s “dear friend,” referred to Israel as the “world’s lab” for the experimental gene therapy treatment in an NBC interview in February.

This led the Israeli human rights commission, the Helsinki Committee, to accuse the government of conducting clinical trials without the committee’s approval, thus making the agreement with Pfizer illegal.

A lawsuit was subsequently filed in the International Criminal Court against the Israeli government and other officials by “Anshei Emet,” a group of “attorneys, physicians, public and general activists who made the choice to exercise their democratic right not to receive the [Pfizer COVID-19] experimental medical treatment” despite “great pressures, hard and illegal,” from the Israeli government.

The group accused the government of crimes against humanity and violations of the Nuremberg Code due to their high-pressure and coercive implementation of a national experimental COVID-19 vaccination program.

Anshei Emet stated that the injection was “known” to have “caused the death of many, injury, and severe damages (including disablement and paralysis),” adding further that this had “already been proven.”

The lawsuit also noted how the Ministry of Health “openly admitted that 41% of police, military, educational and medical personnel who were vaccinated suffered severe side effects and life-endangering” complications.

This high death rate following the injections would seem to be supported by analysis performed by Dr. Hervé Seligmann of Aix-Marseille University’s Faculty of Medicine Emerging Infectious and Tropical Diseases Unit, and engineer Haim Yativ. After re-examining the official data from the Health Ministry, as well as Israeli news site Ynet, email and adverse effect reports they received, as well as data from the U.S. vaccine reporting system VAERS, they suggested that “about 40 times more [elderly] people [died in connection with the vaccine] than the disease itself would have killed.”

Seligmann and Yativ also wrote that Pfizer’s injection had killed “about 260 times more people than the disease among the younger age class.”

The purpose of the speedy roll out of the experimental injection, they explained, was to enable vaccine passports and to “promote Pfizer sales.”

Noting that “vaccinations have caused more deaths than the coronavirus would have caused during the same period,” Seligmann and Yativ described Israel as undergoing “a new Holocaust.”