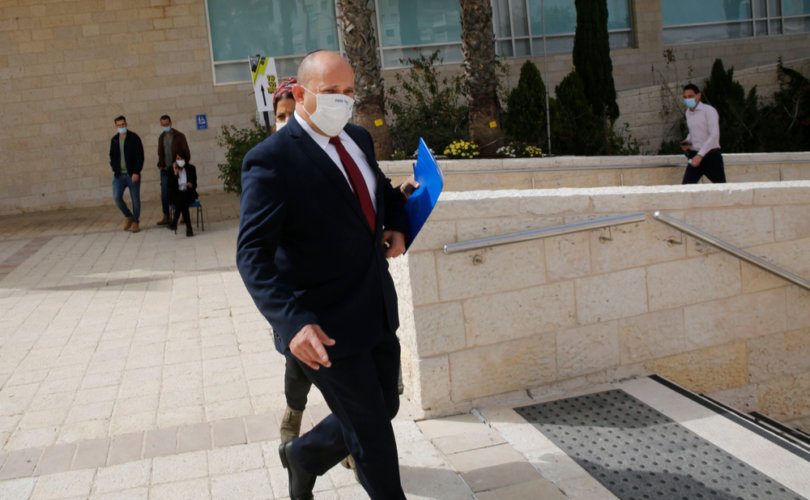 JERUSALEM (LifeSiteNews) — Israel has approved a third vaccine dose for all citizens over age 30, citing vulnerabilities in those who have only received two shots.

More than 9,800 COVID-19 cases were reported Monday in Israel, despite more than 1.5 million citizens already having received a third vaccination.

“The most vulnerable population at the moment, in a paradoxical manner, are the ones who received two vaccines doses but not the third,” Israeli Prime Minister Naftali Bennett told the Knesset, Israel’s legislature.

“They do not understand the second dose has faded against the ‘Delta’ — and [they] must quickly get vaccinated with the third dose,” he added.

On July 30, Israel became the first country to implement a third dose of the vaccine when everyone 60 and older was instructed to get a booster shot, the National Post reported.

As of August 19, Israel lowered the age of eligibility for the third shot from 60 to 30. Also eligible are pregnant women, teachers, healthcare workers, and prisoners.

Despite Israel being one of the most vaccinated countries in the world, having doled out 151 doses per 100 people (America is at 109 doses per 100 people), the country recently reimposed indoor mask wearing, limitations on gatherings, and increased rapid testing, citing a dramatic increase in positive cases.

“There are many [vaccinated] young people who are seriously ill,” Bennett said. “These ages are the most vulnerable.”

After the U.S. Food and Drug Administration’s approval of the Pfizer-BioNTech COVID-19 vaccine this week, acting FDA commissioner Dr. Janet Woodcock stated that “the public can be very confident that this vaccine meets the high standards for safety, effectiveness, and manufacturing quality the FDA requires of an approved product.”

The FDA’s claims of effectiveness seem to contradict the Israeli Prime Minister’s recent statements regarding the vulnerability of the vaccinated population, as well as his implementation of a third dose for Israeli citizens.

In another statement that appears at odds with the FDA, Dvir Aran, a biomedical data scientist at Israel’s Institute of Technology, said, “It will take a long time until enough people get a third dose, and until then thousands more people will get seriously ill.”

Dr. Vladimir Zelenko, who popularized the successful treatment of COVID-19 using hydroxychloroquine spoke to the rabbinical court about the unsubstantiated nature of vaccine effectiveness and safety.

“So, let me ask you a question,” said Zelenko, “If you’re vaccinated, if you’re the majority of your population, why are you still having an outbreak? That’s number one. Number two, why would you even give a third shot of the same stuff that didn’t work the first two times?”

Dr. Zelenko, who has been outspoken about the vaccines’ link to blood clots and heart conditions such as myocarditis and pericarditis, asked the court, “Naturally induced immunity is a billion times more effective than artificially induced immunity through vaccines. So why, why would I vaccinate someone with a poisoned death shot that makes inferior or dangerous antibodies when I already have healthy antibodies?”

“Wake up! This is World War 3. This is a level of malfeasance and malevolence that we have not seen probably in the history of humanity,” he added in his statement to the court.