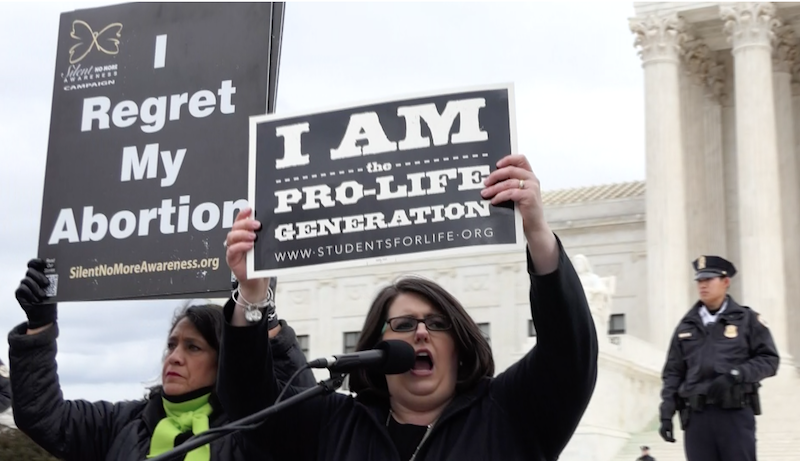 Kristan Hawkins leads the March for Life crowd outside the Supreme Court in a chant.Claire Chretien / LifeSiteNews

WASHINGTON, D.C., January 30, 2017 (LifeSiteNews) – Vice President Mike Pence was “so excited” to host pro-life leaders the day before the March for Life, the president of Students for Life of America told LifeSiteNews.

“He was fantastic. He was so excited to host us,” said Kristan Hawkins. “We were all excited to be there.”

“It was my first time back in the White House in eight years,” said Hawkins. She told LifeSiteNews she was so excited that she kissed Pence on the cheek.

About 40 pro-life leaders visited the White House for Pence's pro-life event. They say the reception was to encourage and thank the pro-life movement.

The next day, Pence became the first sitting U.S. Vice President to address the March for Life.

Students for Life brought large “I am the pro-life generation” and “We don't need Planned Parenthood” banners to the March for Life, which they parked in front of the United States Supreme Court. The group hosted a rally at the Court – the spot where the March ends – to inspire the many young marchers.

“When they go home tonight, when they go home tomorrow, they’ll be inspired to not make the March for Life the biggest thing they do all year in the pro-life movement,” said Hawkins. “Today is just your start.”