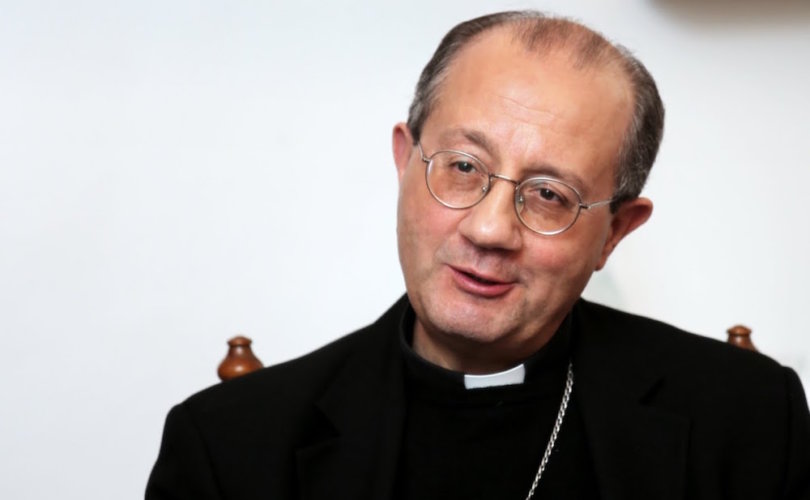 May 9, 2016 (LifeSiteNews) – Archbishop Bruno Forte, the Archbishop of Chieti-Vasto, Italy, said during a presentation on the pope’s recent exhortation Amoris Laetitia that Pope Francis told him at the Synod on the Family that he didn’t want to speak “plainly” about the question of admitting remarried divorcees to Holy Communion because doing so would make a “terrible mess.”

Forte’s comment was published on the Italian news site Zonalocale.it and translated by OnePeterFive.

In Pope Francis’ exhortation from the Synod, Amoris Laetitia, the only reference to the question of Communion for the divorced and remarried comes in footnote 351.

Though it lacks the force and clarity of previous magisterial pronouncements against granting Communion to the remarried – most notably in Pope John Paul II’s Familiaris Consortio – liberals have nevertheless seized on it to justify the practice.

Footnote 351 comes at paragraph 305, where the pope says that despite an “objective situation of sin” it is possible that a person “can be living in God’s grace, can love and can also grow in the life of grace and charity, while receiving the Church’s help to this end.” There he includes the footnote, which states, “In certain cases, this can include the help of the sacraments,” followed by references to both Confession and the Eucharist.

Numerous commentators have argued that the paragraph and footnote contradict the previous teaching of Familiaris Consortio, where Pope John Paul II explained that unless a couple in an invalid marriage abstains from marital intimacy, they would be ineligible to receive the Sacraments.

The message of the exhortation, he says, is, “Don’t judge, but reach out to all with the gaze of mercy, but without renouncing the Truth of God.  It is easy to say, ‘that family has failed’; more difficult to help it not to fail.  No one ought to feel themselves excluded from the Church.”

Pope Francis personally chose Forte to be the special secretary to the synods.  Forte is credited with writing the 2014 synod’s controversial mid-term Relatio, which suggested the Church emphasize the “positive” aspects of actions it considers to be mortally sinful, such as cohabitation and homosexuality.  Forte has also said that same-sex unions have “rights that should be protected.”