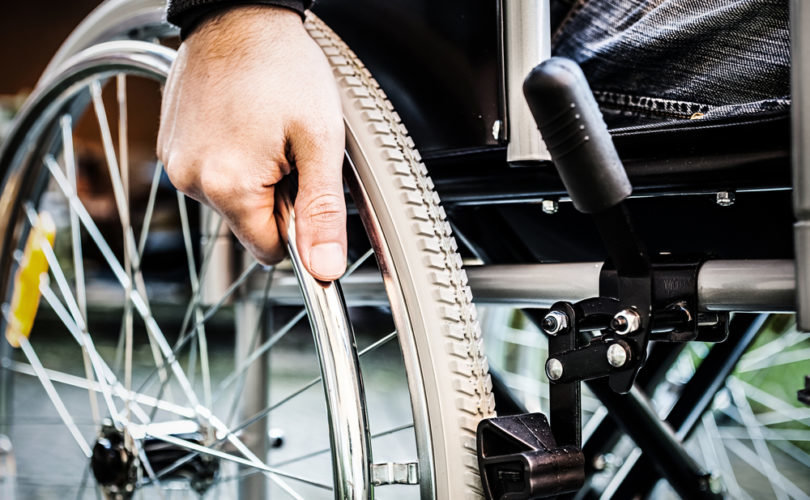 ROME – Italy’s Senate is considered a bill introduced in April that would mandate the government to offer “sexual assistants” to people with physical, mental or cognitive disabilities.

Disabled Italians will be eligible for government-funded “sex assistants” through the Ministry of Health. They must have reached the age of majority, have completed the “compulsory education” program, signed a code of conduct, and be certified as to their “psycho-sexual suitability” by the local health authority.

The arrangement cannot “be the subject of a contract of employment,” the bill adds, but it “may be subject to cooperative self-employment cooperative.”

“Many people with disability can not independently maintain interpersonal relationships,” the explanatory note says, “because of a condition of reduced self-sufficiency in terms of mobility or because of a physical [condition] differing from the dominant aesthetic models that are considered attractive.”

“In some cases, you add the impossibility of reaching satisfactory self-masturbation practices.” This situation, it adds, “can produce a state of affective and relational marginalization.”

The bill, brought forward by Sen. Sergio Lo Giudice is being supported by Italian disability group Accordabili, which held a “day of study” in Fasano on June 13 for “industry insiders” on the theme, “The frontier of sexual assistance for the disabled. Issues and reflections.”

Italian supporters are saying that the “poetic” term being adopted for the sex assistants is not prostitute, but the neologism, “accarezzatrice” which roughly translates to a woman who caresses or strokes. At the time the bill was introduced in the Senate, Ansa.it, the Italian edition of Vanity Fair, and many other Italian news outlets started covering the story of a novel promoting the idea, “L’Accarezzatrice” by Giorgia Würth, a Swiss-Italian actress and television presenter.

“Often you compare it to a prostitute. The difference lies in training: courses are of two years with doctors, psychologists and sexologists that make the person able to interface not only with the disabled client, but also with doctors and families,” Würth told the newspaper Il Fatto Quotidiano.

Sen. Lo Giudice is one of Italy’s most prominent homosexual activists and a cosponsor of the controverisal “anti-homophobia” bill. He was elected to the Senate last year after serving from 1998 to 2007 as the national president of Arcigay, the country’s leading homosexualist lobby group that has strong ties to the EU-funded ILGA Europe. Lo Giudice remains honourary president.

If the Senate passes the bill, it would bring Italy into line with laws in Switzerland, Denmark, the Netherlands, Austria, and Germany. The European laws have inspired activists in other countries as well, including Canada, where a wheelchair-bound man in Quebec urged the province to fund ‘sex assistants’ last year.