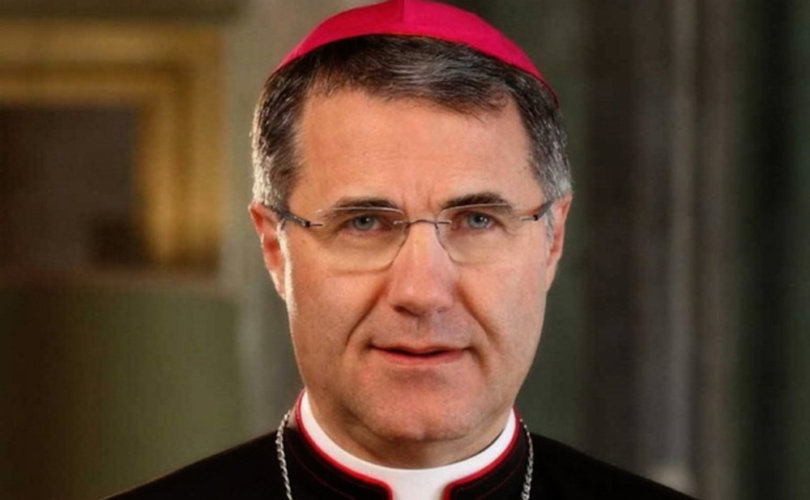 (LifeSiteNews) – As part of events to mark the “International Day Against Homophobia and Transphobia” (IDAHOT), three Italian prelates have joined with dissident “Catholic” LGBT organizations to create “sanctuaries of welcome and support for LGBT people.”

The events comprise a number of ecumenical prayer services held in churches, Catholic and evangelical, all across Europe, starting May 15 and continuing through June 6, with a large number of such vigils taking place on May 17 – the “International Day Against Homophobia and Transphobia.”

May 15 saw one of the opening “Prayer Vigil for Overcoming Homophobia, Transphobia and Intolerance” events held in the Catholic Basilica of St. Peter ad Aram, Naples, which holds the altar on which St. Peter prayed during his stay. It was organized by Ponti da Costruire, a group of LGBT Christians from Campania.

The entire series of pro-LGBT events is jointly co-ordinated by the ecumenical Italian group La Tenda di Gionata along with a number of dissident “Catholic” and non-Catholic LGBT groups including “the Faith, Gender and Sexuality Commission of the Baptist, Methodist and Waldensian churches, the Global Network of Rainbow Catholics, the European Forum of LGBT Christian Group, Gay Christian Africa and the English ecumenical association OneBodyOneFaith.”

Archbishop Corrado Lorefice of Palermo, appointed by Francis in 2015, composed a prayer for the series of events, urging people to “assume and imitate the style of God that Jesus of Nazareth manifested to us: he leaves no one behind, no one is a stranger to him, all reach out, all welcome, all are recipients of his compassionate love, of the quivering of his fatherly womb.”

Echoing Pope Francis’ oft-used theme of “synodality,” Lorefice called for “building fraternal and synodal Christian communities” wherein “all can be heard, accompanied and valued.” Lorefice is a supporter of the event, having given messages of support to previous editions of the LGBT prayer vigils.

Outreach, a new pro-LGBT “Catholic” group recently established by Father James Martin, SJ, reported that Bishop Enrico Solmi of Parma would also be attending the ecumenical vigils. The diocesan website confirms this, noting that he would preside over the diocesan event May 17.

Bishop Solmi was chosen by the Italian bishops as a representative in the controversial 2015 Synod on the Family, where he was touted for his “more nuanced” position on homosexuality.

Malta’s Archbishop Charles Scicluna, a notable LGBT advocate, also joined in the event, preaching May 17 in reference to parents of children identifying as LGBT. “Accept your children as God the Father has done,” Scicluna stated. “Jesus is looking at your children – as he looks at each and every one of us – when he tells us that he is giving us a new commandment to love one another.”

LGBT people ‘love the way God wanted them to’

A short, promotional video for the LGBT event, also drafted in the form of a prayer, contains the lines: “let us pray for those who ask for rights, and desire to be themselves.”

“LGBT people very often” feel “pushed away from our own community,” writes Inveglia, “for no other reason than the fact that they love the way God wanted them to.”

Ecumenical vigils with Gospels ‘evidence of the sin of homophobia’

The third and final part of the vigil involves reading an excerpt from Martin Luther King Jr.’s speech “I Have a Dream,” along with “positive evidence of a Christian mother or a Christian homosexual.”

“Will society and Christian communities ‘Enlarge the place of their tent’ (Isaiah 54), and make room for everyone, to become welcoming sanctuaries that support all LGBT people and all who suffer discrimination?,” wrote InVeglia, misrepresenting Scriptures once more to defend LGBT advocacy.