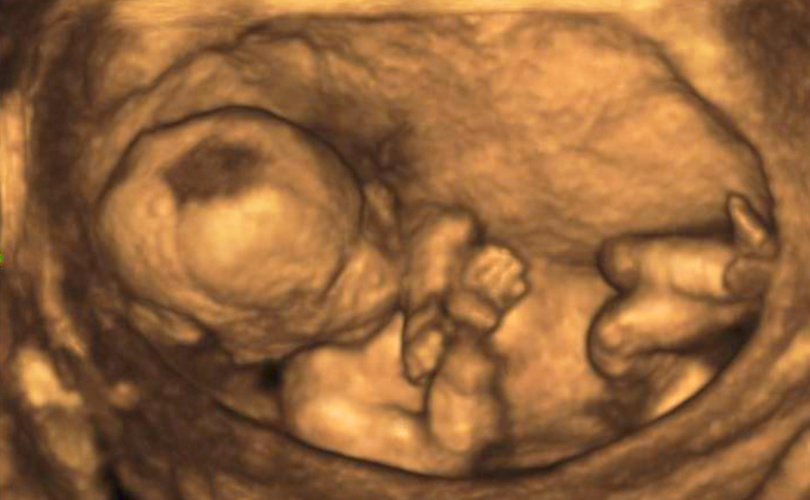 The left-leaning Avvenire, founded in 1968, astonished and angered Italian Catholics on Friday when it published a defense of Law 194. Established in 1978, Italy’s 1978 Law 194 legalized abortion on demand up to 12 weeks, allowing later abortions for unborn babies with disabilities. However, it also protects the conscience rights of medical professionals who object to the practice.

Italy’s abortion regulations were recently changed when the Minister of Health permitted at-home, self-administered abortions with abortion pills, a dangerous practice that critics believe trivialize the death of the child.

To add his voice to the at-home abortion debate, Angelo Moretti, the director of the Catholic Caritas charity in the Diocese of Benevento, sent a long letter to Avvenire stating that Law 194 can be accepted by Catholics and that it should be followed “in its entirety.”

“ … Law 194 is not a law against life and it can be accepted by Catholics,” Moretti wrote.

“Does recognizing that an embryo is the beginning of a life mean rendering a law on abortion in itself illegitimate?” he continued.

“No, if one defines the principle behind Law 194 for what it is: a law that regulates a phenomenon, that makes it a public matter, not a law that promotes it, or serves to declare it a principle.”

Virginia Coda Nunziante of Italy's March for Life told LifeSiteNews that she was “baffled” by Moretti's statements in Avvenire.

“I was disconcerted because in Avvenire, an officially Catholic newspaper that should reflect the line of the Italian Episcopal Conference, there is a public defence of law 194, a law that since it came into force has caused over 6 million deaths in our country,” she added.

Coda Nunziante noted that the  Catechism of the Catholic Church says that abortion is a sin that cries out for vengeance in the sight of God.

“How can we therefore say that 'Law 194 is not a law against life and can be accepted by Catholics'?” she asked. The pro-life organizer said that although she was bewildered, she was not surprised.

“Unfortunately in recent years, having travelled all over Italy for the March for Life, I have realized how [many say that they are] pro-life but are also in favor of a law that must regulate a certainty,” she said. “It is a very widespread mentality in the Catholic sphere, even in the hierarchy. But not fighting against unjust laws leads to this: an addiction to evil.”

Moretti said in his piece that Law 194 does not argue with the “intrinsic ontological dignity of an embryo” but instead deals with what he believes is the inevitable existence of the “social phenomenon” of abortion.

“Abortion would be practiced even in the absence of a norm that regulates its boundaries and details of public and private responsibility, with a great burden and risk for the women who decide freely or who feel forced for various reasons to abort,” he wrote.

“A Catholic who asks for Law 194 to be applied in its entirety is not affirming a value other than his faith; he believes in life, in every life from conception to old age, understanding simply a legal scaffolding which defines a framework within which abortion is removed both from privatization and public imposition.”

Moretti went on to state in his piece that limiting an inevitable evil to certain boundaries is not unprecedented. He compared the abortion law with the “eye for an eye” justice of the Old Testament, which served to regulate the practice of the revenge so prevalent in those times.

The Caritas director also compared a “Catholic” tolerance of the law permitting abortion with the Catholic missionaries who encourage condom use in Africa to prevent the spread of HIV.

“There are several missions in Africa in which the missionaries have encouraged the faithful to practise the “ABC” rule — Abstinence, Be faithful, use the Condom — to stop the AIDS epidemic,” he wrote.

“This is not the choice of a Church of infidels, but of a Church aware that the epidemic would not be otherwise stopped by Christian believers who historically had sexual habits different from traditional monogamy.”

Moretti then attempted to say Catholics can defend life and respect the choices of those who end it at the same time.

“In practice, every Catholic is called to defend and promote life, without sitting in judgment of the choices of others,” he said.

“In theory, the Catholic who asks for the strict application of Law 194 asks that a woman be accepted by a public service; he doesn’t promote abortion, but he listens to and helps every woman.”

Moretti said the “most intimate hope” is still for peace and non-violence: “no war, no discrimination, no judging ‘against,’ only forgiveness and reaching out for mutual understanding.” However, the “City of Men of Women” needs laws so that peace can “come true in the slowness of its universal path.”

The layman wrote that the new debate on at-home, self-administered abortions shouldn’t focus so much on whether or not abortion pills should be given in a hospital but “on an accompaniment of the woman aimed at preventing abortion, or at least avoiding her having to decide, or do it, alone.”

“Law 194, in fact, expressly states that this decision is a matter of public interest, even if it concerns a single woman and her embryonic baby, because the woman who carries a life within her must not make a traumatic decision as if the life of another depended entirely on her power,” he wrote.

The layman wants to bring to the abortion pill debate an awareness of both “the dignity of the embryo” and the “social and anthropological” aspects of the question.

While decrying the patriarchy, Moretti concedes that it is not the greatest enemy of freedom. The greater enemy, he believes, is today’s living standards, which involves consumerism at the expense of child-rearing. It is this lack of welcome for children and new intolerance for the “normal chaos of love” that he believes should be the subject of “dialogue,” not Law 194.

Journalist Gianfranco Amato observed that Moretti peppered his letter with such feel-good words as “peace,” “non-violence,” “understanding,” “dialogue” and “welcome.” He also noticed that Moretti had cited “the Council” as having overcome the age-old battle between theological and Enlightenment positions.

“Moretti does not specify which Council he cites, so it must be assumed that he refers to Vatican II, the ‘Council’ par excellence, then, according to those like Moretti, the only real Council, having rendered insignificant or superceded the other twenty that preceded it,” Amato wrote.

“However, our Catholic journalist should be reminded that in that same Second Vatican Council, which he referenced, defined in an important document called ‘Gaudium et Spes,’ paragraph 51, abortion as a ‘crimen nefandum,’ which, translated for postconciliar types, means ‘an abominable crime.’”

Amato then attacked Moretti’s beautiful sentiments and phrases, saying they cannot change the reality of abortion.

“Dear Moretti,” he addressed the letter-writer, “you can use all the flowery embellishments you want, all the magic buzzwords now in fashion, all the Jesuit sophistries available, but the harsh reality cannot be changed: abortion remains a ‘crimen nefandum.’ And no law can make just an abominable crime.”

There were other protests. An open letter to both Moretti and Avvenire by two Italian priests was published in the Italian “Catholic Culture” website on Friday. Fathers Pietro Robol and Gabriele Mangiarotti pointed out that Law 194 struck down the old law saying that women may not abort their children.

“Wouldn’t you say that was a law against life?”

The priests asked which of the two men, Moretti or the director of Avvenire, would prefer to tell the Lord that His commandments are just a “private suggestion.”

In response to the outcry, Avvenire director Marco Tarquinio defended the publication of Moretti’s letter. According to Catholic News Agency (CNA), Tarquinio said it appeared alongside a letter with an entirely different view.

“For days, I have been publishing responses (to the new guidelines) from external people, external to the newspaper, who bring their vision,” he said.