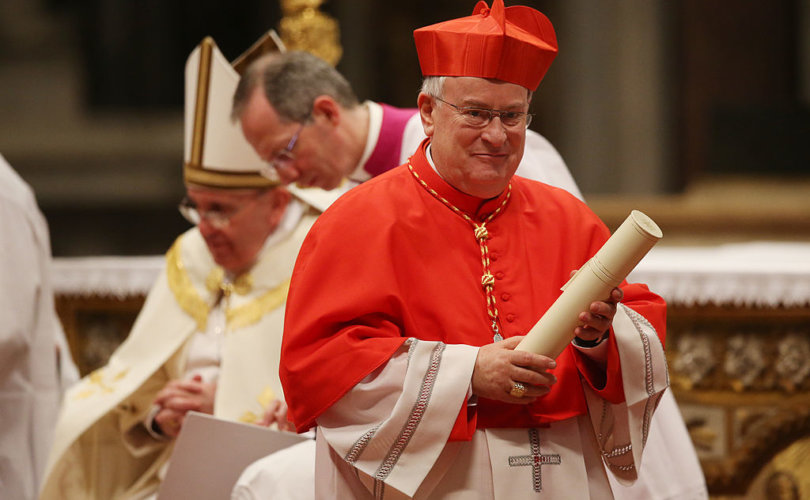 ROME, January 29, 2020 (LifeSiteNews) — In an unscripted outburst, the president of the Italian Bishops’ Conference has expressed his frustration at mounting criticism of Pope Francis among Catholics, suggesting that those who do not appreciate his style of teaching and government should embrace Protestantism.

Speaking at an annual meeting with media in Perugia, on January 25, Cardinal Gualtiero Bassetti said: “Criticism is fine, but this destructivism, no. If someone doesn’t like this pope let him say so, because he’s free to choose other paths.”

“There are too many people talking about the pope,” the cardinal told journalists, in comments reflecting his perception of a growing disaffectedness among Catholics with the current pontificate.

Cardinal Bassetti continued: “I said to someone, ‘Make the choice to be evangelical, if you don’t like the Catholic Church, if this boat is too tight.’ Our Protestant brethren have neither pope nor bishop; let everyone make their own choices. Enough complaining, it’s useless anyway.”

Apologizing to the press for venting his frustration, the Italian prelate said: “Excuse the outburst, but everyone’s objective ought to be to look for answers for the good of the Church and humanity.”

Cardinal Bassetti, 77, was created a cardinal by Pope Francis in 2014. He was elected to a five-year term as president of the Italian Bishops’ Conference in 2017.

His annual gathering with media was held one day after the feast of St. Francis de Sales, patron saint of journalists. During this year’s meeting, Bassetti focused on Pope Francis’s message for the World Day of Social Communications, themed: “That you may tell your children and grandchildren” (Ex. 10:2).

He also used the occasion to present journalists with the program for an upcoming pro-migrant initiative sponsored by Italian Bishops’ Conference, titled “Mediterranean: border of peace.” He said the event, being held in Bari on February 19–23, will “bring together the bishops of nations on the sea to propose together paths of reconciliation between peoples.”

It is unclear to whom precisely Cardinal Bassetti was referring in his unscripted outburst, but as the Italian media have noted, there are a variety of possibilities.

Il Messaggero suggested that the Italian prelate might have lost his patience over “the continuous negative references to this pontificate for the commitment that Francis is making to immigrants.”

The topic of migrants is “a divisive theme in the Church,” Il Messaggero noted, pointing to a split in the Italian Catholic electorate and growing support for the populist Lega party, led by rosary-brandishing Matteo Salvini.

“By now it is no mystery to anyone that the preaching of ‘open ports’ is not always received in the same way in parishes and in many dioceses,” the article observed.

Cardinal Bassetti, whose position as president of the Italian Bishops’ Conference carries great weight in Italy, is known for his anti-Salvini stance and has openly expressed his support for the “Sardines against Salvini,” a leftist political movement that is named for cramming protestors into public spaces.

But Il Messaggero also noted that “within the Church … there are other issues that are shaking its foundations.” Rome’s most prominent newspaper pointed to a push in Germany to abolish priestly celibacy and introduce a female priesthood.

Commenting on the growing threat of schism under the current pontificate, particularly on the German front, Il Giornale argued that Cardinal Bassetti’s comments “certainly” were not directed “at the Germans, whom the pope likes,” but at “the so-called ‘anti-Bergoglians,’” whom the article also termed “traditionalists.”

The Italian daily noted, however, that a schism among these ranks is “truly unlikely.” The “traditional front,” it observed, has always “emphasized the need for ecclesiastical unity, even if it unleashes more than a few public storms.”

Meanwhile, the Umbrian Bishops’ Conference, of whom Bassetti is a member, said the cardinal underlined in his unscripted remarks to journalists “the importance of the magisterium of the pope, by recalling that ‘his guidance comes from the Holy Spirit.’”

LifeSite contacted Cardinal Bassetti’s secretary, vicar general, and press office by phone and email but has received no response.

In light of Cardinal Bassetti’s comments, one might wonder how evangelicals are responding to the idea of a sudden influx of Catholics disaffected by the current pontificate.

Writing on January 29 for Evangelical Focus, a news and opinion outlet that aims at giving evangelicals in Europe a voice, Leonardo de Chirico, an Italian evangelical pastor and theologian familiar with the Vatican, said Cardinal Bassetti’s words show that evangelicals are “brought into play by the right and the left.”

But “one does not become evangelical because there is now Francis or before there was Benedict,” de Chirico said.

It is not “a pope’s personality” or “style” that distances evangelicals from the Catholic Church, but doctrine, he insisted. “Whether there is a Thomist Pope (like JPII) or an Augustinian (like BXVI) or a Jesuit (like Francis) doesn’t matter,” but “the pope’s claim to be the ‘vicar of Christ.’”