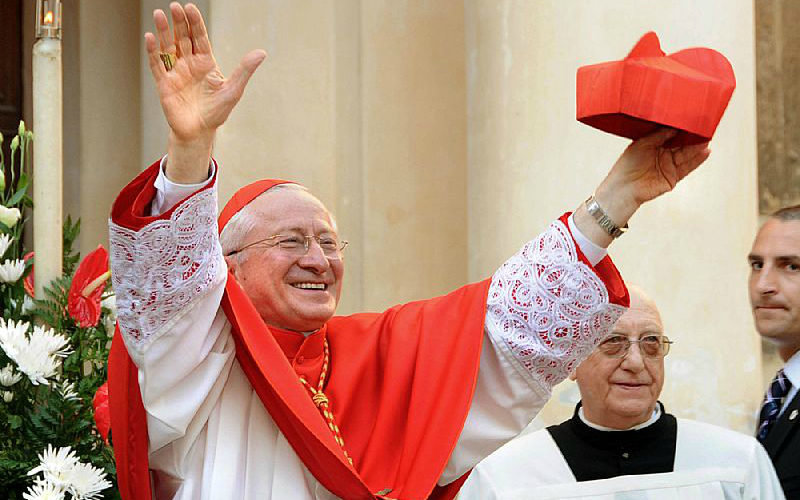 ROME, Italy, October 17, 2016 (LifeSiteNews) – The implementation of Amoris Laetitia has varied drastically according to interpretation of bishops, as evidenced by the reaction to the document throughout the world.

The discrepancy in implementation could point back to the broad spectrum in which Amoris Laetitia can be understood and has led Catholics to previously ask for clarification.

A German bishop recently announced that he sees the core message of Amoris Laetitia in the fact that “the Holy Father allows an opening towards the receiving of the sacraments, after an in-depth examine of conscience and spiritual direction.”

Guidelines from Cardinal Vicar Agostino Vallini of the Diocese of Rome, which only recently were published, permit sexually active, cohabitating couples to receive Communion in “limited” cases, as LifeSiteNews has reported.

Conversely, Cardinal Ennio Antonelli, the former Archbishop of Florence, has published his own vademecum for confessors that forbids them to make exceptions, as Vatican analyst Sandro Magister reports.

Pope Francis has himself stated recently that the model diocesan implementation of Amoris Laetitia was done by the Argentine bishops of Buenos Aires. In a letter to the bishops there written last month, the Holy Father said there can be “no other interpretation” of Amoris Laetitia than to admit divorced and remarried Catholics to Holy Communion in some cases.

But Antonelli, who is also the former head of the Pontifical Council for the Family, took initiative and told priests in his diocese – in full agreement with Cardinal Guiseppe Betori, the current archbishop – that the guidelines to interpret Amoris Laetitia are within a hermeneutic of continuity with the Church’s Magisterium. That means in plain English that Communion for “remarried” divorced is possible but only if they live like brother and sister.

It is noteworthy that Cardinal Antonelli gave his text to the priests of the Trieste diocese in the Friuli Venezia Giulia region in northeast Italy on October 13.

Moreover, his vademecum has been made available in five languages by the Pontifical Council for the Family for implementation in other dioceses around the world. For English speakers, the text can be found here.

Points 4 and 5 deal with the subjective personal responsibility of the Catholic individual in the case of “remarriage” and divorce. With regard to chastity in any given difficult case, the vademecum states: “I said that the observance of the moral law could be deemed mistakenly impossible for a person, because in reality, with the help of God’s grace, it is always possible to observe the commandments, even to be chaste according to their standard of living. […] God does not command the impossible, but in commanding, urges you to do what you can, and in asking what you cannot do, He helps you so that you can do it (Council of Trent, DH 1536).” And further on: “Keeping God’s law in particular situations can be difficult, extremely difficult, but it is never impossible. This is the constant teaching of the Church’s tradition. (St. John Paul II, Veritatis Splendor, 102).”

Point 5 explicates: “Since negative general rules always oblige, without exception, the Christian in an irregular situation is bound before God to do everything possible to get out of the objective disorder and harmonize his behavior with the norm. It may be that his conscience, mistaken in good faith, was not aware of it. However, the priest accompanying him must guide him, with love and prudence, through his discernment and in accomplishment God’s will for him, until he assumes a form of life consistent with the Gospel.”

With these phrases, the handout explains what a “pastoral path of discernment” must really aim to achieve. The steps that must be taken along the path are enumerated: 1) Verification of the validity of the previous marriage and possible annulment; 2) celebration of a religious marriage or radical sanction of a civil marriage; 3) ending the cohabitation, if there are no impediments; 4) practicing sexual continence, if other solutions are not possible; 5) in the case of an temporarily invisible error and, hence, refusal of sexual consistence, assessment of the possible rectitude of conscience in the light of the personality and the global experience (prayer, love of neighbor, participation in the life of the Church, and respect of her doctrine, humility, and obedience before God); 6) finally, sacramental absolution and Holy Communion may be given.

Made available universally through the Pontifical Council, this handout will likely be used by others in dioceses and parishes worldwide to help clarify the Church’s teaching.