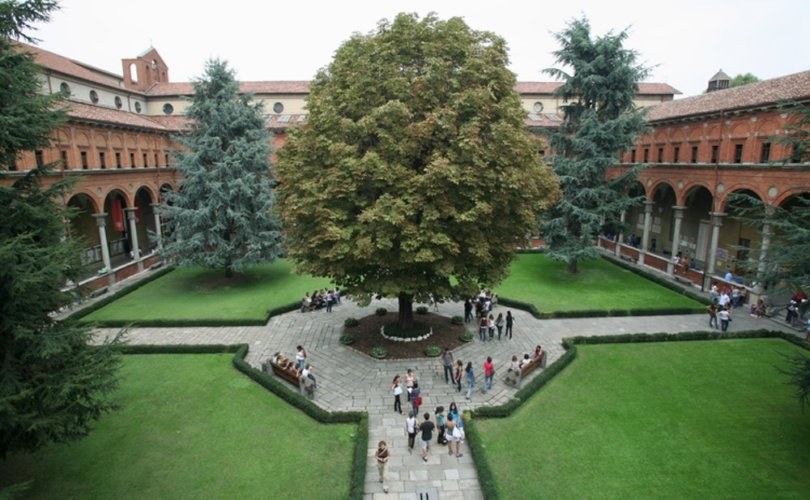 MILAN, Italy, January 15, 2018 (LifeSiteNews) – Two signatories of the Filial Correction have been chastised for mentioning their relationship to a Catholic university beside their signatures, and one has been dropped as an external researcher.

Vatican reporter Marco Tosatti reported last week that he had received an email from one of the signatories associated with a Catholic university in Milan.

He did not name these scholars, but the Filial Correction bears the names of four gentlemen from the Universita Cattolica del Sacro Cuore (Catholic University of the Sacred Heart) in Milan: Dr. Ettore Gotti Tedeschi, a professor of ethics; Prof. Massimo de Leonardis, a professor and director of the Department of Political Science; Dr. Giuseppe Reguzzoni, an external researcher; and Prof. Andrea Sandri, a research associate.

In the email, which Tosatti reprinted with some redactions, the signatory indicated that both he and another scholar had received warnings from the Catholic University in Milan in November saying that they had misused educational-academic titles by placing them next to their names in the Filial Correction. The titles, the University stated, should be used only in an academic context.

“Obviously the justification is a Jesuitical pretext,” wrote the signatory. “I want to see them go around to all the law firms in Milan at which prominent lawyers mention on their brass plates their partnerships with the Catholic [University]!”

The Filial Correction, delivered to Pope Francis on August 11, 2017, voiced the concerns of Catholic theologians that the pontiff had propagated heretical positions about marriage, the moral life, and the Eucharist. These positions, they warned, are causing further “heresies and other errors” to spread throughout the Catholic Church.

Catholic scholars, researchers, and academics from a number of fields were the first forty signatories of the Filial Correction. Later other Catholic specialists added their names to the document. This was the first such admonishment of a living pontiff since the Middle Ages.

The signatory told Tosatti how he had discovered in early December that he had been struck off the list of contributors, which means that — despite what he had been told verbally — he would not be given a contract in the next few months.

The scholar provided Tosatti with textual evidence that the Catholic University had indeed given him the title “external researcher” and included him in a previous list of collaborators. He said that neither he nor his fellow signatory had received any personal contact.

“They are even wiping from the [University] webpage, both for me and for [redacted], the record of our past activities!” he wrote.

Both signatories have taken legal advice.

The email-writer told Tosatti that a friend with Vatican connections had suggested that the unfriendly gestures on the part of the Catholic University may have stemmed from the Holy See.

“One of my sources, from Vatican circles, has suggested that the whole initiative could have started not so much directly from the Rector’s Office, but from a certain, well-known cardinal of the Roman Curia, upon whose dicastery Catholic universities ultimately depend.”

Professor Claudio Pierantoni, scholar of patristics and professor of medieval philosophy at the Universidad de Chile in Santiago, wrote in an article in September that an “official persecution” of faithful Catholics has now begun under the Francis pontificate.

“The official punishment of a Catholic thinker for the sole crime of defending an orthodox doctrine,” wrote Professor Claudio Pierantoni, signifies the “beginning of the official persecution of orthodoxy within the Church,” he said. Pierantoni was specifically referring to Dr. Josef Seifert, who had been removed from a Catholic university in Spain by Archbishop Javier Martínez Fernández after raising some questions about the Pope’s 2016 Exhortation Amoris Laetitia.

About his own removal, Seifert said that it signaled what he called a “topsy-turvy Inquisition” happening in the Church which is targeting and persecuting orthodox Catholics for failing to affirm the “situation ethics” that the Church has always condemned.