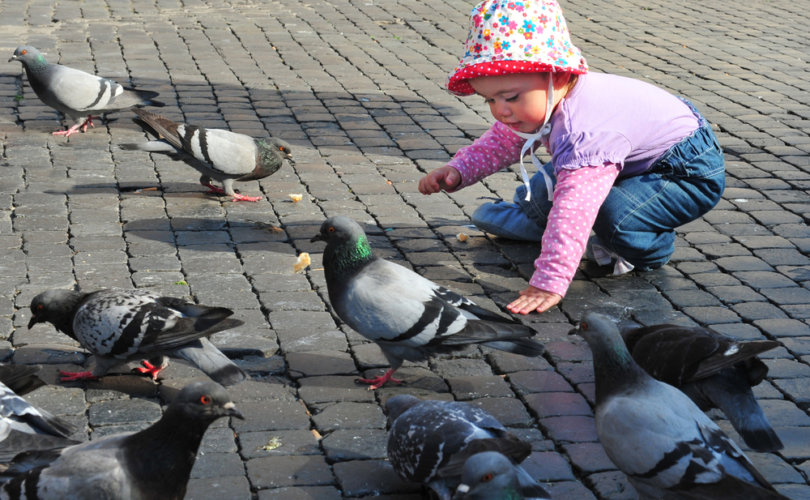 ROME, May 20, 2016 (LifeSiteNews) – Italy’s government is sounding the alarm about the country’s “apocalyptic” birth rate decline, but critics say the measure officials are proposing is a political gambit that will actually further undermine the Italy’s historically Catholic culture.

Earlier this week Italian Health Minister Beatrice Lorenzin called for doubling current child benefits of 80 Euros per month for low income families and 160 Euros for the lowest earners making under 7,000 Euros a year.

She said that there were 66,000 births fewer than in 2010. The lower rate coupled with the aging population painted a picture of a “moribund” country.

But are child payments the answer? Virginia Coda Nunziante, president of the Association for the Defence of the Family, told LifeSiteNews the money was too little, politically motivated, and wrongheaded.

“They are really just politically manoeuvring. The increase is insubstantial,” she said.  As Nunziante sees it, “The government wants to get back the Catholic vote they lost over homosexuals,” after supporting the passage earlier this year of a measure granting civil unions to homosexual couples, including spousal benefits and adoption on a case-by-case basis.

But the amounts being proposed “will not have an impact on helping families,” said Nunziante. “They are proposing 150 Euros for a first child a month. It is not even enough to pay for diapers.”

Tax breaks for parents would be a far better way to help families, she added.

Steven Mosher, president of the Virginia-based Population Research Institute, agrees. “While I am in favor of ‘baby bonuses,’ there is a right way to do it, and a wrong way. Italy has chosen the wrong way by giving government handouts to all those, including illegal immigrants, who have a child within the country's borders.”

Mosher told LifeSiteNews that cash grants would “further hasten the Islamification of Italy by creating another new government program that will disproportionately benefit immigrants and indigents.”

Instead, he recommended child tax credits. “Such a tax credit would only benefit Italians who are gainfully employed, and who by having another child could reduce their tax burden and keep more of their hard-earned money.”

Nunziante added that the cost of child rearing was only one of the factors contributing to the low fertility rate. “We live in a very selfish society that is not open to larger families. People only want to have a good time.”  She added that while having a family was a sacrifice, “sacrifice and joy are bound together in families.”

Nunziante called for government policies that encourage women to stay home and have families, rather than work, and even criticized government day care programs that tried to accommodate both. “Children should not be in day care. They should be at home with their mothers.”