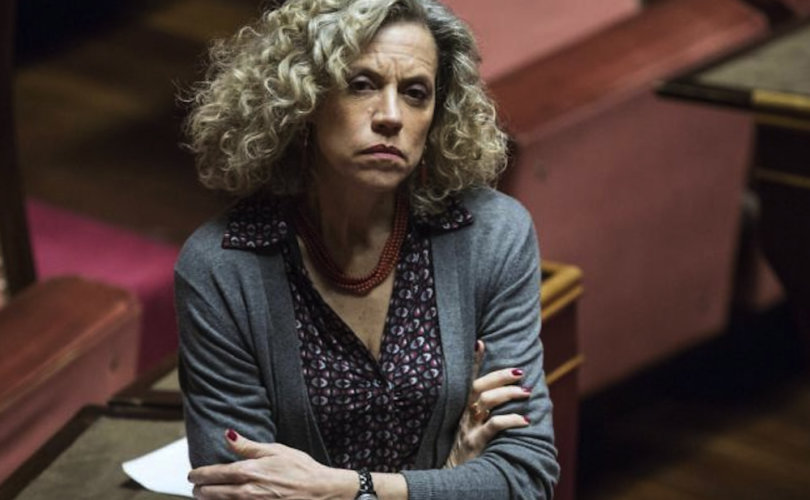 November 28, 2016 (LifeSiteNews) — At the closing of the Holy Year of Mercy, Pope Francis announced that priests throughout the world will be given the faculties to relieve the punishment of excommunication from penitents in cases of abortion.

This announcement prompted Italian politician Monica Cirinnà to claim that doctors who object to committing abortions should not be allowed to do so in public facilities, or else face punishment.

“As a lay person, I hold that nobody can judge the actions of a high ranking religious leader as the Pope is,” Cirinna said. “I am sure that he is going in the right direction.”

Cirinnà, a Senator in the Democratic Party in Italy, is famous for being the first person to sign in 2015 and introduce to the Senate a law that enabled homosexual partnerships to be recognized by the state. “The text is notorious as Testo Cirinnà … a text that finally enabled the recognition of the rights and duties of couples of the same sex also in Italy,” she states on her own website. She is also a pro-abortion activist.

A proponent of a laical state, Cirinnà understood the words of the Pope to be in support of her agenda to persecute conscientiously-objecting medical practitioners who, for example, refuse to perform abortions. “This is a grave problem regarding which we need the intervention of the minister and I hope that the parliament will also get moving,” she said. “Two out of three doctors in Italy are objectors and maybe the pronouncement of the Pope will also help those people.”

Cirinnà understands the words of the Pope, which enable all priests to forgive the sin of abortion and to lift the connected excommunication, to mean that Francis is facilitating abortion and its normalization. She claims, therefore, that conscientious objectors must be punished henceforth. Cirinnà sees it all as a part of the “mercy” that the Church is called to offer. “Either the Church returns to being the shelter, the welcoming one that has open arms to which everybody can return, or she will continue to lose followers.”

Cirinnà wants to combat what in her eyes is a great problem. Her solution: doctors who refuse to perform abortions must be subject to the universal law that allows abortions and, therefore, forced to perform them upon request. She appeals to Law 194, passed in 1978, which de-penalized abortions and enabled women to have abortions in public structures. “If [those doctors] work in a public structure, the law guarantees [abortions]. When they want to make a public appearance to work in gynecology in a public hospital, the law is equal for all. It cannot be that one can protect, defend, or excuse himself from who knows what by a conscientious objection.”

“A good solution could be to exclude conscientious objects from public practices,” she said.

Pope Francis’ decision to enable all priests to lift the excommunication of abortion is not a complete novelty. In many countries of the West, bishops’ conferences have already conferred to priests (some or all) the possibility of lifting the punishment of excommunication from people who confess having committed an abortion or collaborated in one. The Pope’s new permission simply extends this right to all clergy worldwide.

The Catholic Church teaches in Canon 1398 of Canon Law that “a person who procures a successful abortion incurs an automatic (latae sententiae) excommunication.” This means that the very performance of the sinful act brings about an excommunication. Hitherto, only a bishop or a designated special confessor of a diocese could grant absolution for an abortion and lift the excommunication. Part of this regulation is without doubt to emphasize the gravity of the killing of an innocent and defenseless human being.