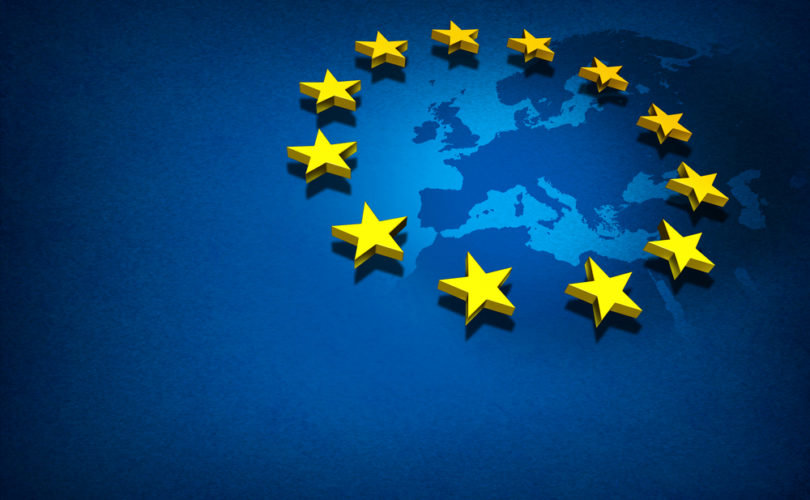 NAPLES, July 17, 2015 (LifeSiteNews) – In a decision the homosexual rights lobby is hailing as landmark, the Court of Appeals of Naples has ruled that the “marriage” of a French lesbian couple must be registered as such in Italy and accorded all attendant rights.

The court based its July 8 decision on two articles in the Treaty of the Functioning of the European Union (TFEU), according to a report by the European Parliament's Intergroup on LGBT Rights: the right to move to another EU member-state and the right to non-discrimination based on nationality and sexual orientation.

“This news from Naples is totally unacceptable and is a reflection of the continued pressure being made by strong lobbies throughout the West, as we have seen recently in Ireland and in the United States,” stated Fr. Francesco Giordano, Rome director for Virginia-based Human Life International (HLI).

Giordano, who has a doctorate in sacred theology, said the court's decision is “a violation” of Italy's sovereignty “because it is within her rights as a nation to reject unnatural institutions accepted in foreign countries,” he told LifeSiteNews in an email.

“In Italy we are now in the middle of the whole Monica Cirinnà case, so this appears to be tied to that,” Giordano noted, referring to a controversial bill sponsored by the socialist senator Cirinnà, now before Parliament, that would give legal recognition to same-sex unions.

The Cirinnà bill sparked a huge protest in Rome June 20, and the Italian bishops have denounced it as leading to “ideological enforcement” of gender ideology.

Currently, Italy is the only country in Western Europe that does not legally recognize same-sex unions in any way, according to June 2015 Pew Research Center data, which notes that Germany has not legalized same-sex “marriage” but recognizes same-sex civil unions.

The Naples appeals court stated that its decision would not apply to Italian homosexual couples who “married” or entered into a legal civil union outside Italy.

According to the Global Journalist, the mayor of Rome in late 2014 registered 16 same-sex “marriages” contracted in other countries in opposition to Italian law, but the country's highest court ruled in February 2015 that same-sex “marriage” is impermissible under Italy's constitution.

Italian MEPs Isabella Adinolfi and Daniele Viotti, both of the Intergroup on LGBT Rights, said in a joint statement: “This is a key moment for the Italian government to tackle this by finally introducing registered partnerships or equal marriage.”

“What is clearly happening here is that we are witnessing the very definitions of marriage, family, and union being changed and manipulated before us,” observed HLI's Giordano, “but what this philosophical nominalism does not take into consideration is that nature or reality is what it is in spite of what we say or do not say.”

“Our language, as a good metaphysical philosophy shows, should reflect reality,” wrote Giordano, adding that “no matter what these positive laws state, they do not change reality. A man and a man or a woman and a woman simply cannot procreate.”

“These positive laws may come into effect now, but once the legislators who create them – and the very nations that try to enforce them – are no longer there, then these same laws will not exist.”