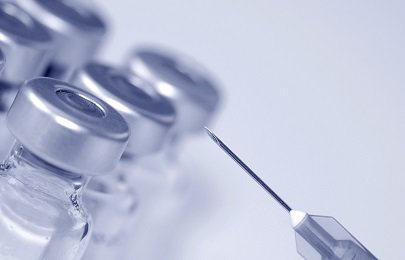 (LifeSiteNews) — On February 15th, Italy’s constitutional court is set to rule on a referendum that would legalize euthanasia. A petition for the referendum collected 1.2 million signatures, and debate began in mid-December in the Italian Chamber of Deputies.

Current Italian law stipulates that “anyone who causes the death of a man, with his consent, is punished with imprisonment from six to 15 years.” The bill to be voted on would lift that punishment, legalizing assisted suicide.

In November 2021, Italy’s first medically assisted suicide, authorized by the ethics committee of the Marche regional public health authority, spurred support for the legalization of euthanasia throughout the country. In 2019, the Italian constitutional court had ruled to make certain exceptions to the country’s laws against euthanasia.

Last week, on January 13th, Father Carlo Casalone, in an article published in La Civiltà Cattolica, a Jesuit journal reviewed by the Vatican, argued in favor of supporting the bill, in spite of admitting that it has “huge flaws” and “diverges” from Catholic teaching on the sanctify of human life and the immorality of euthanasia. Casalone is a member of the Pontifical Academy for Life and professor of moral theology at Rome’s Pontifical Gregorian University. The editor-in-chief of La Civiltà Cattolica is Jesuit Father Anthony Spadaro, close adviser to Pope Francis.

The referendum under consideration, Casalone admits, would “allow murder without subjecting it to conditions other than those that guarantee the validity of the consent.” He argues, however, that the proposed bill “could constitute a barrier, albeit imperfect and itself problematic,” even while legalizing assisted suicide. It is unclear what Casalone considers such barriers would be concretely.

Nearly 60 civil society organizations have criticized Casalone for the public departure from the Church’s teaching on the necessity to legally protect human life, stating in a recent press release, “It is now necessary to reiterate that the protection of life and the support of those who suffer is a battle of reason and civilization, which should, therefore, concern everyone, and which certainly moves those who bear in their name the ideal of a Catholic civilization, hoping, therefore, the intensification of a dialogue with this certainly common purpose.”

Commenting on the need to medically and morally support those who suffer at the end of their life, the organizations declared, “If we ask everyone to reflect on whether it can be reasonable to discard life, we make a specific and urgent appeal to the institutions to support it in the most difficult moments through palliative care effective and widespread in the Italian territories and with 24-hour home care.”

In 1995, in the Encyclical Evangelium Vitae, Pope St. John Paul II had addressed the issue of the legalization of euthanasia. He lamented then that “a new cultural climate is developing and taking hold, which gives crimes against life a new and, if possible, even more sinister character, giving rise to further grave concern: broad sectors of public opinion justify certain crimes against life in the name of the rights of individual freedom, and on this basis they claim not only exemption from punishment but even authorization by the State, so that these things can be done with total freedom and indeed with the free assistance of health-care systems.”

The Pope then went on to confirm the Church’s constant and universal teaching on the sanctity of human life, declaring, “The deliberate decision to deprive an innocent human being of his life is always morally evil and can never be licit either as an end in itself or as a means to a good end. It is in fact a grave act of disobedience to the moral law, and indeed to God himself, the author and guarantor of that law; it contradicts the fundamental virtues of justice and charity.”

Citing the Declaration on Euthanasia, Iura et Bona, of the Congregation for the Doctrine of the Faith, John Paul reiterated the need to legally protect life: “‘Nothing and no one can in any way permit the killing of an innocent human being, whether a fetus or an embryo, an infant or an adult, an old person, or one suffering from an incurable disease, or a person who is dying. Furthermore, no one is permitted to ask for this act of killing, either for himself or herself or for another person entrusted to his or her care, nor can he or she consent to it, either explicitly or implicitly. Nor can any authority legitimately recommend or permit such an action.’”