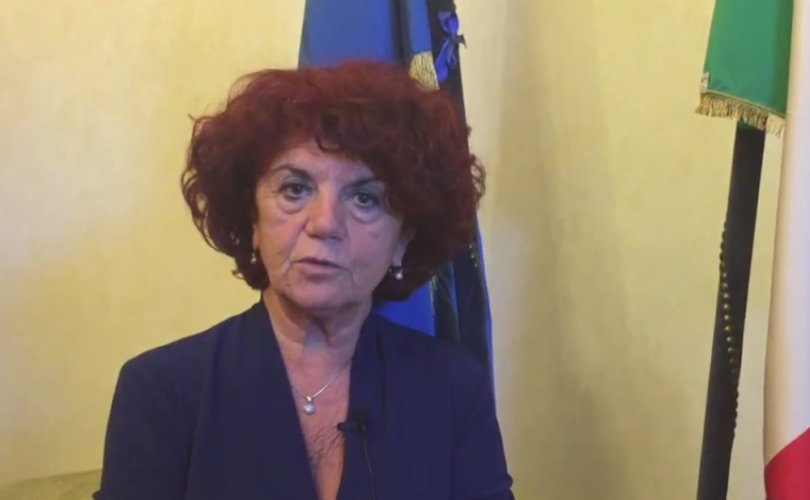 December 23, 2016 (LifeSiteNews) — Valeria Fedeli, the first signatory on a draft of a law that would introduce gender ideology into Italian schools and universities, was appointed Italy’s education minister last week before questions began to surface about her credentials.

Fedeli succeeded Stefania Giannini as Minister of Education of Universities and of Research on December 12.

A scandal regarding Fedeli’s university degree followed. The 67-year-old listed in her educational background a “diploma di laurea” (the equivalent of a bachelor's degree) in Social Sciences that she claimed to have obtained in 1971, long before the program was only introduced a few years ago. Roberto D’Agostino published an anonymous letter on December 13 that indicated Fedeli only obtained a simple Certificate of the School for Social Assistants Unsas in Milan. Details about her education have since been updated on her personal website.

Mario Adinolfi, a leader of Family Day – an initiative that protested against a pro-gay law in Italy in January – sees Fedeli as a dangerous advocate of “gay rights.” He particularly laments her signing Law 1680 and a school reform concerning “educating the difference.”

The draft of Law 1680 seeks to introduce an “education of gender and the gender perspective in didactic materials and activity of national schools and university education.” Written in November 2014, the draft reads that “all stereotypes of gender” must be overcome and that “respect of gender identity must be promoted.” The law draft also supports “valuing the role of women in society,” a formula that could be deceptive as it aims to “overcome a traditional vision” that presupposes something “male” or “female,” as La Nuova Bussola Quotidiana reports.

Born in 1949 in Treviglio, Fedeli was attracted as a student to the feminist movement and later to the Italian General Confederation of Labor, or CGIL, a national trade union formed by communists and socialists. With a membership of 5.5 million, the CGIL is currently the largest trade union in Europe. Last year, Italian news suggested that the CGIL needs more transparency to denounce possible embezzlement on the part of mayors who are members.