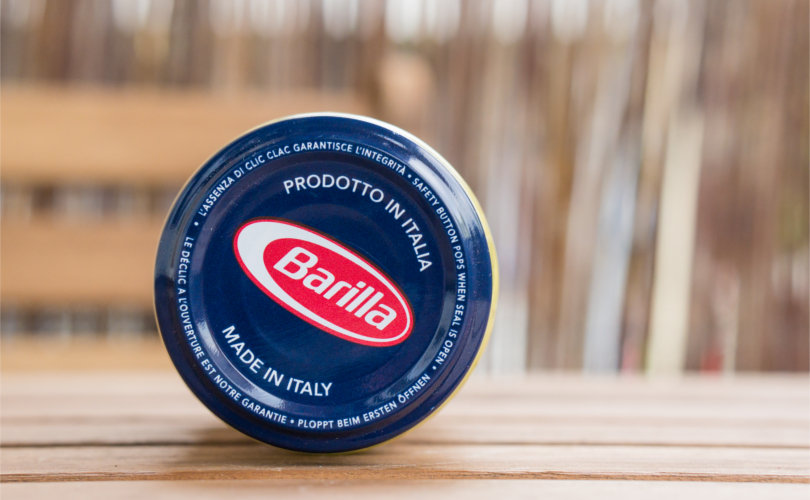 ROME, September 27, 2013 (LifeSiteNews.com) – The head of one of Italy’s largest pasta companies has issued an apology to homosexual activists after being blasted in the national and international media for saying his company’s ads would “never” depict same-sex families in a TV commercial.

Guido Barilla, head of the family firm that sells packaged pasta to the world, said on Wednesday on a radio talk show, “We will not ever have a [TV] spot with a gay family. Ours is a traditional family.”

The radio program was on the role of women in the family but the discussion branched out. Barilla continued, “If gays like our pasta and what we have said, they will eat it. If they don’t like what we say, eat another.”

He added that his remarks were not meant as “a lack of respect for homosexuals, who have the right to do whatever they want in respect of others. But I don’t think like they do.”

“The family to which we address ourselves is the traditional one, where the woman plays a fundamental role. It is the structural center of the life,” he said.

Within hours of the broadcast, homosexual activists had launched a campaign to boycott the pasta brand.

Alessandro Zan, a homosexualist activist Deputy with the left-wing SEL (Sinistra Ecologia Libertà) Party, called the comments, “another example of Italian homophobia,” and urged fellow Deputies to join the boycott.

PdL Deputy Eugenia Roccella countered that Barilla is “a brave man,” saying that it “takes courage to defend the family consisting of a man and a woman and maybe even ‘founded on marriage,’ as it is written in our Constitution.”

However, Barilla has since bowed to pressure, and on Thursday his company issued a media release saying, “I apologize if my words generated misunderstandings or arguments, or if they offended the sensibilities of some people.”
“In the interview I simply wished to underline the central role the woman plays within the family,” he said.

On the same day he wrote on Facebook, “To be clear, I just want to specify that I do have great respect for every person, without any kind of distinction. I do respect gay people and everybody's freedom of expression. I also said I do respect gay marriage.”

Roccella denounced the “obsessive attacks” by homosexual groups that have drummed up much media coverage, while the government continues to consider the “anti-homophobia” bill that critics say aims at quashing public opposition to planned “gay marriage” laws.

Roccella said that calls by “gay militants” for a boycott of Barilla pasta “shows how well-founded are fears for freedom of expression expressed during the parliamentary debate on homophobia.”