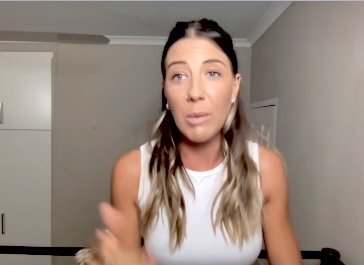 DARWIN, Australia (LifeSiteNews) – A woman who was imprisoned in one of Australia’s COVID quarantine camps for two weeks shared a video from inside the walls of the facility, where officers defended the heavy restrictions saying “it doesn’t have to make sense.”

Video footage of an encounter between Haley Hodgson and quarantine officers demonstrates the strict measures in place inside the Howard Springs facility near Darwin in the expansive Northern Territory of Australia.

Wait, she’s being held even after testing negative? pic.twitter.com/477gH6q60T

Hodgson was originally brought to the camp after being classified as a “close contact” of someone else who had tested positive for the virus. She explained that health officials visited her home to interrogate her about her contact with the COVID-positive person and if she had tested for the virus herself.

Fearing being thrown into one of the camps, Hodgson lied about having taken a test, but soon afterward the authorities discovered that that she had not tested and subsequently detained her at the quarantine facility. Although testing negative within 48 hours of arriving at the camp, she was detained for two weeks.

The video shows Hodgson on the balcony of her quarantine cabin inside the Howard Springs camp where quarantine enforcers arrived to issue her with a warning that if she left her balcony for any reason, save visiting the laundry, she would be issued with a $5,000 AUD fine ($3,500 USD approximately).

Despite testing negative for COVID-19, officials strictly enforced the rule, telling Hodgson that “it’s an official warning – that you have to stay on your balcony and obey the rules while you’re here.”

“You are allowed to go to the laundry,” the masked and aproned marshal said, “but you’ve got to wear a mask. And you definitely can’t go up to the fencing rails … you can’t leave your balcony to go to the fence to talk to somebody else.”

Pointing out a discrepancy in the ruling that forbid her from being any closer to the fencing while some others in a neighboring cabin were much closer, Hodgson can be heard saying about the rule, “it makes no sense.”

In reply, the officer snapped back, saying “it doesn’t have to make sense. There has (sic) to be lines everywhere drawn … one of those lines is you cannot leave your balcony and you cannot go to someone else.”

“When it makes no sense or doesn’t seem right to you, that is the line and that’s what the law is and that’s how it goes.”

The officer said the rules had been put in place especially for the camps, as the area was likely to be “highly infectious.” However, Hodgson highlighted that “all of us people [in the camp] are negative [for COVID-19].” Although acknowledging this, the officer maintained that “the risk is still very high.”

Clarifying, the officer said that to leave her balcony without a mask on and for any other reason than to visit the laundry would constitute an infraction, making her liable for the hefty fine.

“We could even do that now, but we’re giving the warning first, have a chat with you because it’s a big fine.” “We’re all just doing the right thing, yeah?” “I don’t want to fight with you, I just want everybody to do the right thing and unfortunately it’s my job to make sure they do.”

Distancing himself, he said “the ins and outs have got nothing to do with me. I’m just here to make sure the rules are adhered to.”

Speaking after being released from confinement, Hodgson said her detainment was belittling and that she was made to feel as though she had “done something wrong,” even though she was in good health and complied with the strict rules in place.

“It’s inhumane what they’re doing,” Hodgson stated. “You are so small; they overpower you and you are literally nothing.”

On December 1, three aboriginal teenage boys who were being held at the Howard Springs internment camp were arrested by police after they escaped the confines of the facility, allegedly jumping the fence and fleeing on foot earlier the same morning.

Despite all three boys testing negative for the virus, a manhunt was sparked, leading to their apprehension and return to the facility just hours later. It is believed that each of the trio was issued with the $5,000 AUD fine for breaking quarantine.

Upon their arrests, Northern Territory Chief Minister Michael Gunner said, “Absconding from Howard Springs isn’t just dangerous — it is incredibly stupid. Because we will catch you and there will be consequences.”