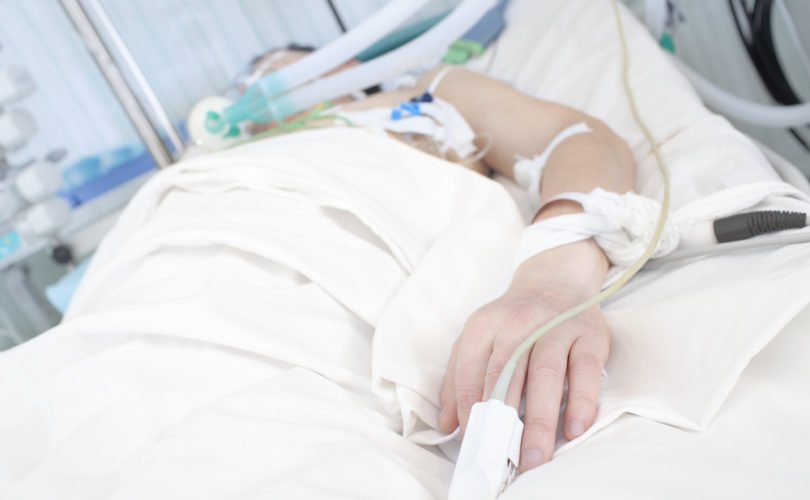 LONDON, England, September 22, 2017 (LifeSiteNews) — An English judge ruled that legal permissions will not have to be sought before removing feeding tubes from the most vulnerable patients.

Mr. Justice Peter Jackson decided that a 50-year-old woman with Huntington’s disease should have her feeding and hydrating tubes removed so that she would die. He made the decree during a hearing in the Court of Protection, where British judges examine cases relating to people who are deemed mentally incapable of making decisions on their own behalf. The woman’s mother had petitioned the court for the ruling.

This, however, was not the unusual aspect of decision. The United Kingdom has permitted the withdrawal of feeding tubes from comatose patients under certain circumstances since 1999. The novelty is that the judge also declared that this case should never have been brought to court.

His ruling, if it stands, will mean that doctors and family members will no longer need a court’s permission to remove feeding or hydration tubes from a person in a so-called “vegetative” or “minimally conscious” state. Hitherto, a judge has always had to consent to the withdrawal of nutrition from a patient.

The patient, known as “M”, suffered from Huntington’s disease for 14 years. At the time of the ruling, she was confined to a hospital bed and fed only through a tube. According to the BBC, the court was told that M. had shown no “sign of awareness for 18 months.” The judge agreed with doctors and her family that removing her tube was “in her best interests.”

After the hearing, the feeding tube was removed. The patient died in August, presumably of starvation.

Hitherto in the United Kingdom, various life-extending machines have been withdrawn from a patient without the permission of a court if both doctors and family agreed it was in the patient’s “best interests.” For example, there has been no legal direction to apply for a judge’s ruling before removing a kidney dialysis machine. Removing nutrition and water, however, has always been deemed more serious and controversial an undertaking.

According to the UK’s Society for the Protection of the Unborn Child,  Dr. Peter Saunders of the Care Not Killing Alliance stated, “This court decision sets a dangerous precedent and should be appealed. Taking these decisions away from the court of protection removes an important layer of legislative scrutiny and accountability and effectively weakens the law.

“It will now be more likely that severely brain damaged patients will be starved or dehydrated to death in their supposed best interests and that these decisions will be more influenced by those who have ideological or financial vested interests in this course of action.”

Starvation and dehydration certainly hasten death, but not pleasantly. In 2006, a British euthanasia activist gave up her own freely chosen attempt to starve to death after 19 days, saying it was too painful. “I would not wish what I have been going through on my worst enemy,” Kelly Taylor said.