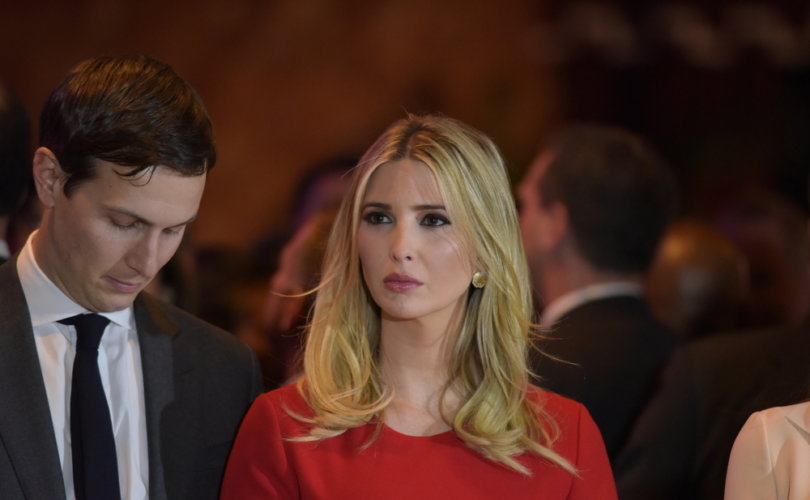 The first daughter and Cecile Richards met to talk about the nation’s largest abortion chain at Ivanka Trump’s request, in what Politico called an “under-the-radar meeting.”

A representative from the abortion giant said Ivanka Trump wanted “to know more about the facts of Planned Parenthood,” according to the political news outlet.

Laguens said Richards’ goal in sitting down with Trump was to lobby against defunding the abortion business and present Planned Parenthood’s argument that its taxpayer subsidies do not fund abortion.

“The purpose of the meeting, from Cecile’s point of view, was to make sure that Ivanka fully understood what Planned Parenthood does, how it is funded, and why it would be a terrible idea for Planned Parenthood to be removed from being able to see Medicaid patients,” said Laguens. “The main thing that Cecile Richards was doing was explaining that the money doesn’t actually go to abortions — we get reimbursed the same way a hospital does. We were clearing up misinformation about how this works.”

Planned Parenthood contends that the roughly half-billion taxpayer dollars it takes in annually doesn’t support abortion. But the abortion business does not address the fact that the funds are fungible. The federal subsidies free up the abortion provider’s funds and enable it to pay its abortion centers’ overhead, direct its donations to marketing, and perform abortion political advocacy.

Ivanka Trump “has quietly met with other leaders of the progressive women’s movement,” as well since moving to Washington, according to Politico, which broke the story. The other meetings included Marcia Greenberger, co-president the National Women's Law Center, and Judy Lichtman, senior adviser to the National Partnership for Women and Family.

Abortion activists view the question of support for Planned Parenthood as a bit of a litmus test for Trump ‘s commitment to women’s rights, according to the report. And they feel that “Ivanka Trump must be held accountable for her silence.”

This sentiment has likely escalated in recent weeks with Ivanka Trump becoming a senior White House official and receiving security clearance and a West Wing office. And, consequently, Richards has taken a couple of public shots at her.

“Anyone who works in this White House is responsible for addressing why women are in the cross hairs of basically every single policy we've seen in this administration,” Richards told the Women in the World conference in New York City on Wednesday night.

Richards had said in late March that Ivanka Trump’s silence on the proposed GOP Obamacare replacement bill was “deafening,” and she challenged her to “stand for women.”

The article also cited Ivanka Trump’s refusal to speak up last month as Vice President Mike Pence cast the tiebreaking vote in the Senate for repeal of Barack Obama’s rule forcing states to give Title X funds to abortion providers.

Ivanka Trump and husband Jared Kushner have held key leadership roles throughout the Trump campaign and in the new administration.

Pro-life and family advocates and other conservatives have harbored some concerns about their potential influence and administration policies.

The Kushners have supported homosexual “marriage” and are said to have actively thwarted a potential Trump executive order protecting religious freedom for people of faith.

Ivanka’s potential influence on the administration is considered especially pertinent given her father’s past fluid and at-times dubious take on Planned Parenthood and abortion.

At more than one point during the presidential campaign Donald Trump praised Planned Parenthood, even saying millions of women were helped by the abortion behemoth, citing the cancer screening argument it frequently uses to obfuscate the abortion issue.