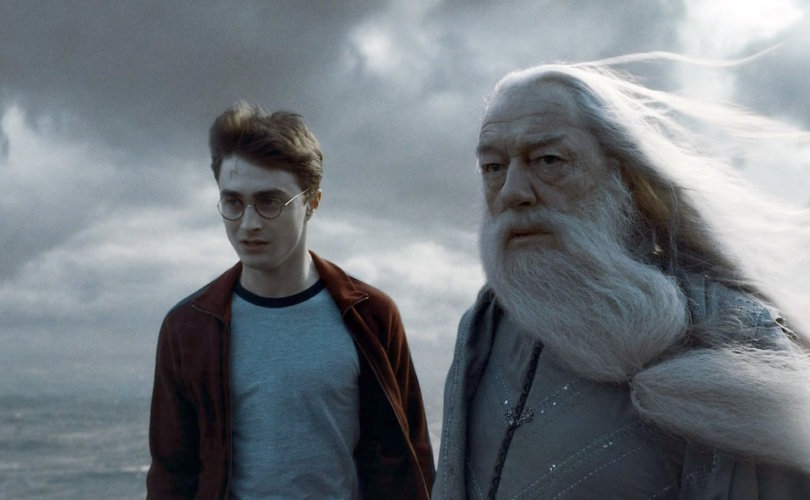 November 11, 2016 (LifeSiteNews) – Harry Potter author J.K. Rowling suggested that the series' new prequel film Fantastic Beasts and Where to Find Them will feature a same-sex relationship between prominent characters.

Dumbledore is a Gandalf-like character and mentor to the series' protagonist.

Fantastic Beasts and Where to Find Them will feature Dumbledore “as a younger man and quite a troubled man,” Rowling said at a press conference on Thursday. “As far as his sexuality is concerned … Watch this space.”

“He wasn't always the sage,” according to Rowling, “We’ll see him at that formative period of his life.”

She said there will be “lots to unpack” in Dumbledore's youthful friendship with one of his contemporaries, who later turns evil. Rowling suggested the sequel to Fantastic Beasts and Where to Find Them will feature the same-sex relationship in more depth.

“I can't tell you everything I would like to say because this is obviously a five-part story so there’s lots to unpack in that relationship,” she said.

Rowling is the screenwriter of the latest movie productions in the Harry Potter franchise.

The fan group Harry Potter Alliance is well-known for its gay advocacy. Rowling frequently speaks out on behalf of liberal causes. She strongly opposed Brexit.

Critics of Harry Potter, such as the late Vatican exorcist Father Gabriel Amorth and Pope Emeritus Benedict XVI, say the series' subversive themes can negatively predispose children to curiousity about the occult.